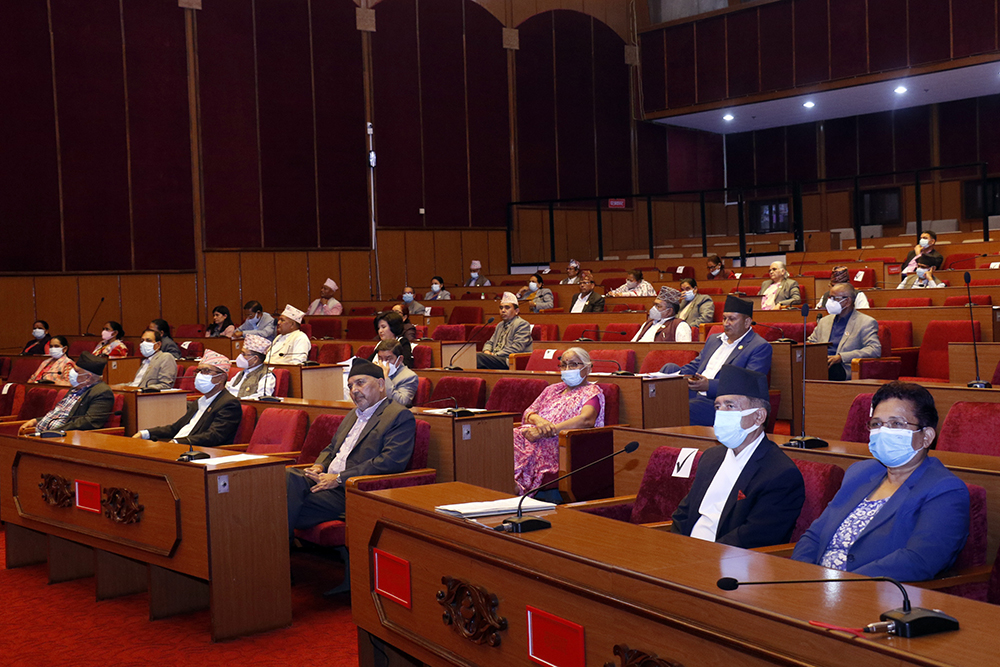 KATHMANDU: The bill to amend the Citizenship Act, which was earlier returned by the President for reconsideration, has been passed by the National Assembly (NA) without change for the second time on Friday.

A meeting of the NA held this evening passed the bill with a majority.

The bill was presented at the NA meeting today after the House of Representatives (HoR) passed the bill for the second time.

The NA had sent the Citizenship Bill to the Legislative Management Committee for a discussion.

The committee passed the bill as it is with a majority on August 31.

Earlier on August 14, President Bidya Devi Bhandari had returned the bill back to the parliament for reconsideration.