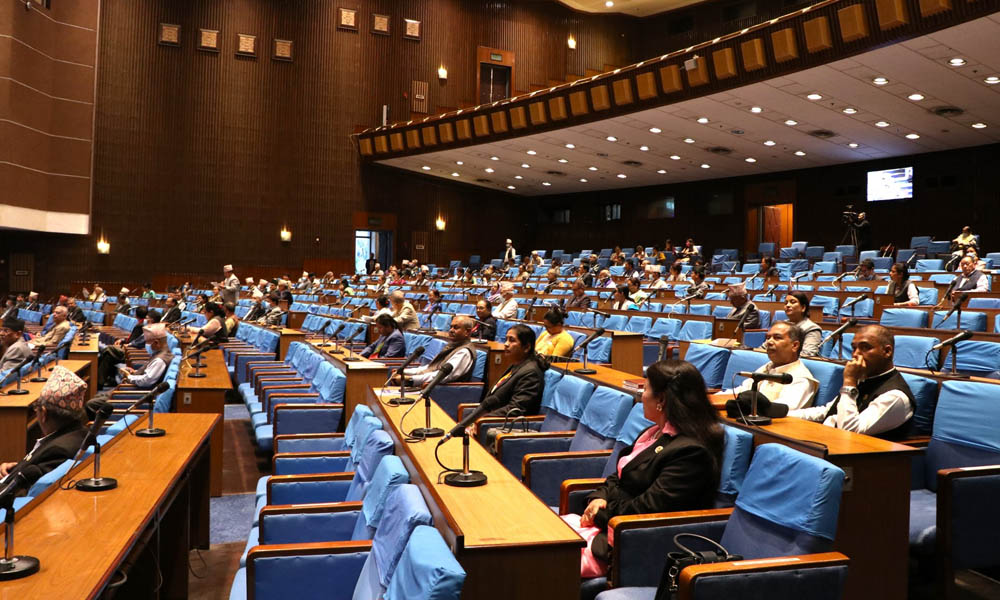 KATHMANDU: The bill to amend the Citizenship Act presented by the government in the Parliament has been endorsed for the second time on Thursday.

Though the bill, which was approved earlier, was sent back to the Parliament for reconsideration, was endorsed without any changes today.

During the Parliament meeting, Speaker Agni Prasad Sapkota called for a vote on the bill.

Lawmakers of the ruling party voted in favour of the bill while the main opposition UML lawmakers voted against it.

Out of total 195 lawmakers present in the Parliament, 135 voted in favor of the bill while 60 voted against it.

With the endorsement, the bill will be sent to the National Assembly.

The bill will be sent to President Bidya Devi Bhandari for authentication for the second time after it gets endorsed from the National Assembly.

There is no alternative with the President to endorse the bill this time.

Earlier, the President sent the bill, which came for authentication, back to the House for reconsideration.

UML Chairman KP Sharma Oli was not present in the meeting today.