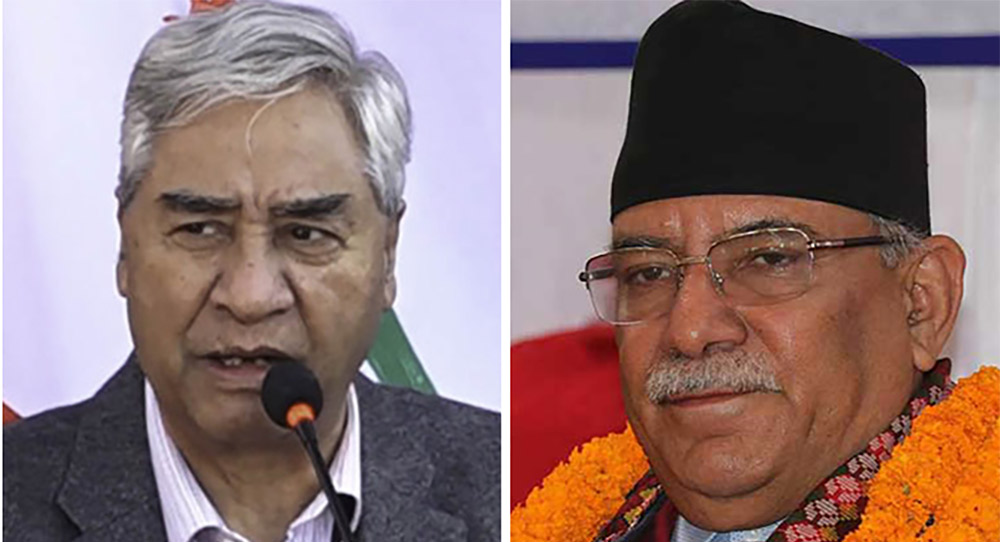 During the meeting this morning, Dahal congratulated Deuba on his election to the top post of the Nepali Congress. Similarly, he also congratulated all the leaders who were elected as the office bearers of the party.

It has been learnt that the two leaders dwelt on the issue of convening an all-party meeting to discuss contemporary political issues of the country and to resume House.

Meanwhile, Dahal drew the attention of the Prime Minister towards the action taken by Cricket Association of Nepal (CAN) against four national cricket team players including captain Gyanendra Malla.

Also Read: “Decision to sack 4 nat’l cricket team players was wrong and should be corrected pronto”