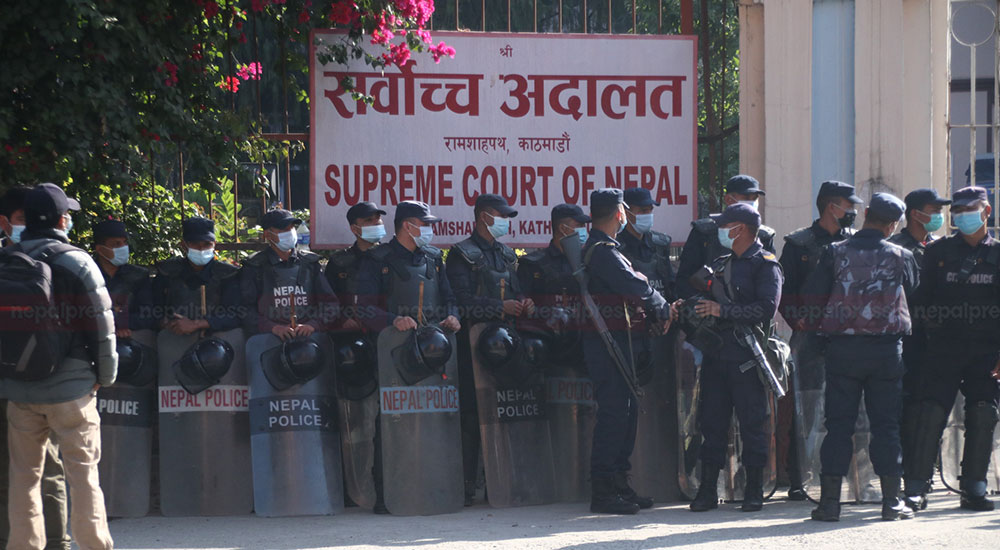 KATHMANDU: Security has been beefed up in and around the Supreme Court area to contain the protest of Nepal Bar Association, the umbrella body of lawyers across the country, on Friday.

Earlier on Thursday, Chairman of the NBA Chandeshwor Shrestha had warned that they would not allow Chief Justice Cholendra Shumsher JB Rana to enter the Supreme Court today.

The lawyers associated with the Nepal Bar Association have planned to stage a demonstration outside the Supreme Court at 10 am to bar the Chief Justice from entering his office.

The Supreme Court area, which is adjacent to Singha Durbar, the government’s main administrative hub, is considered as the restrictive area.

Earlier on Thursday, the NBA had warned of intensifying the protest after General Secretary of the association Lilamani Paudel Paudel among others were injured in a clash that broke out between lawyers and police personnel.

The association had also decided to boycott all the benches of Supreme  Court today. 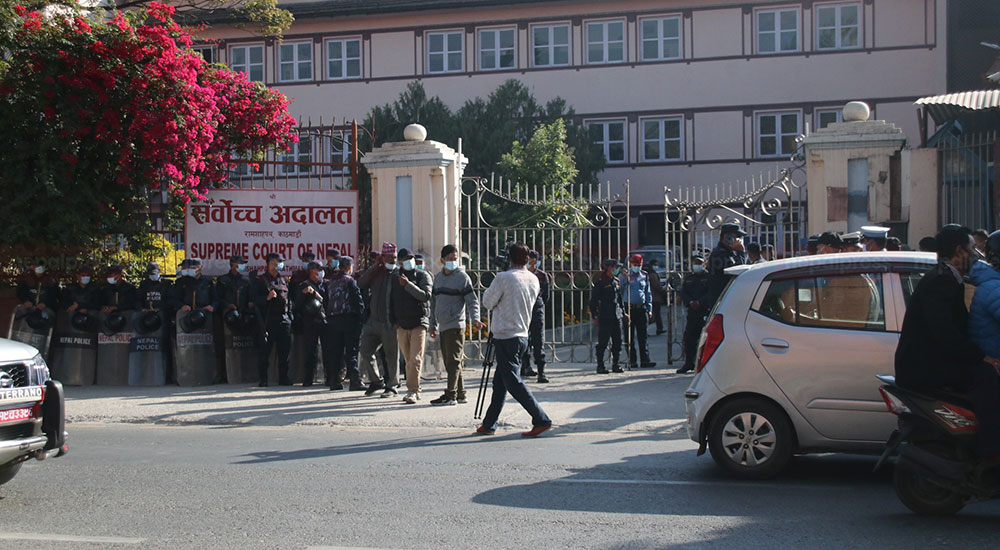 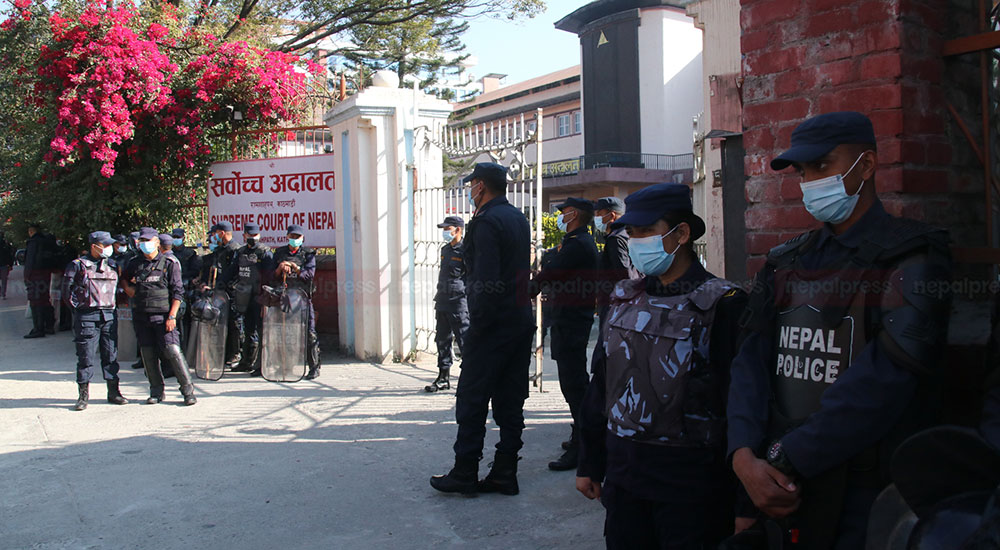 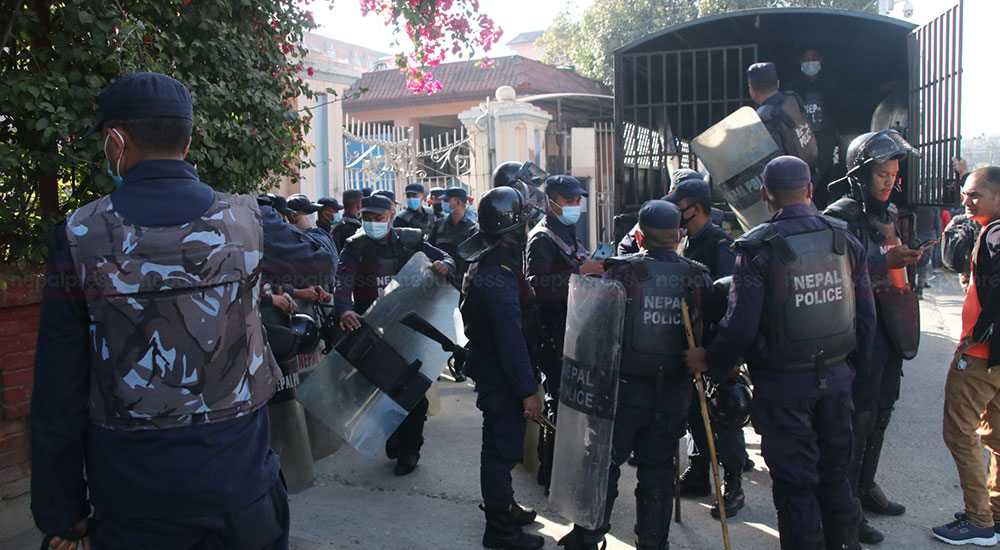 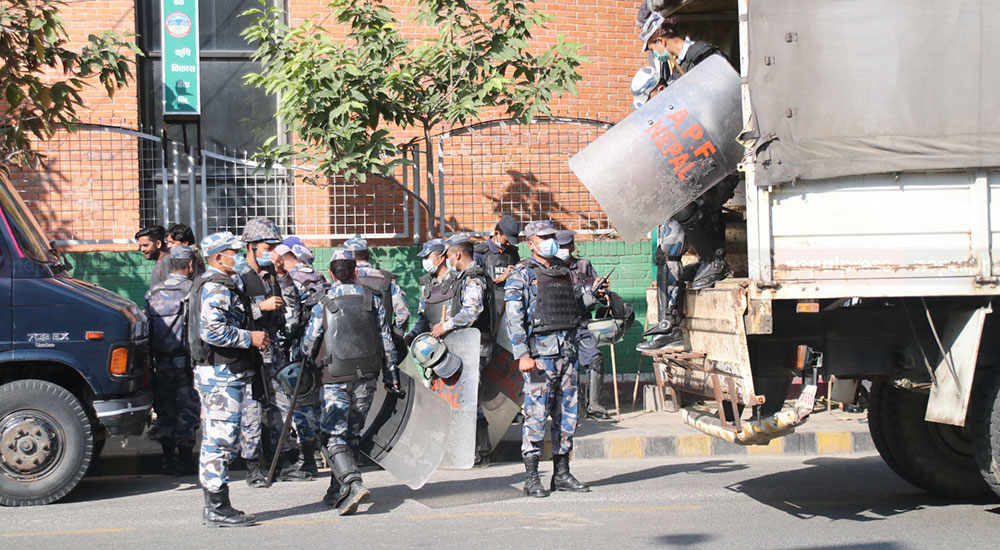 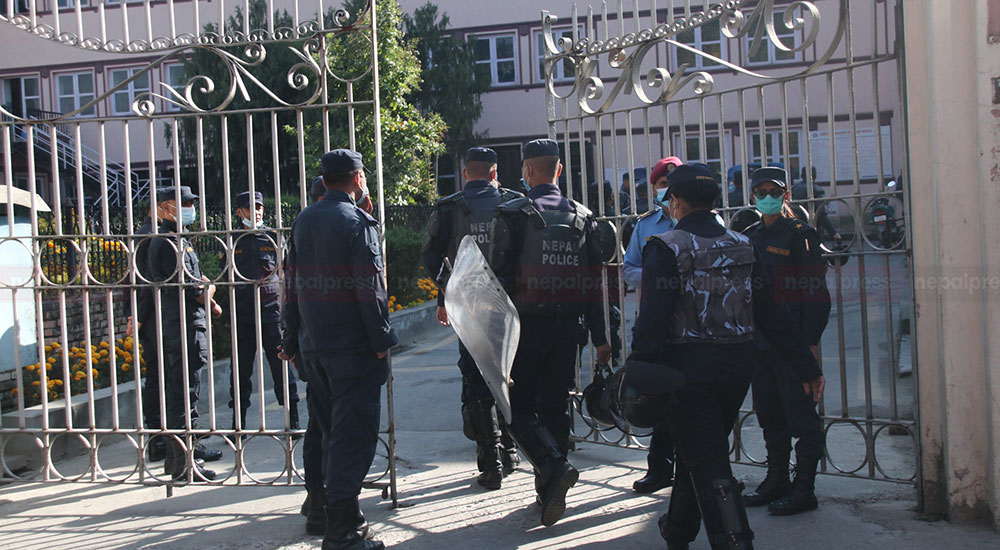