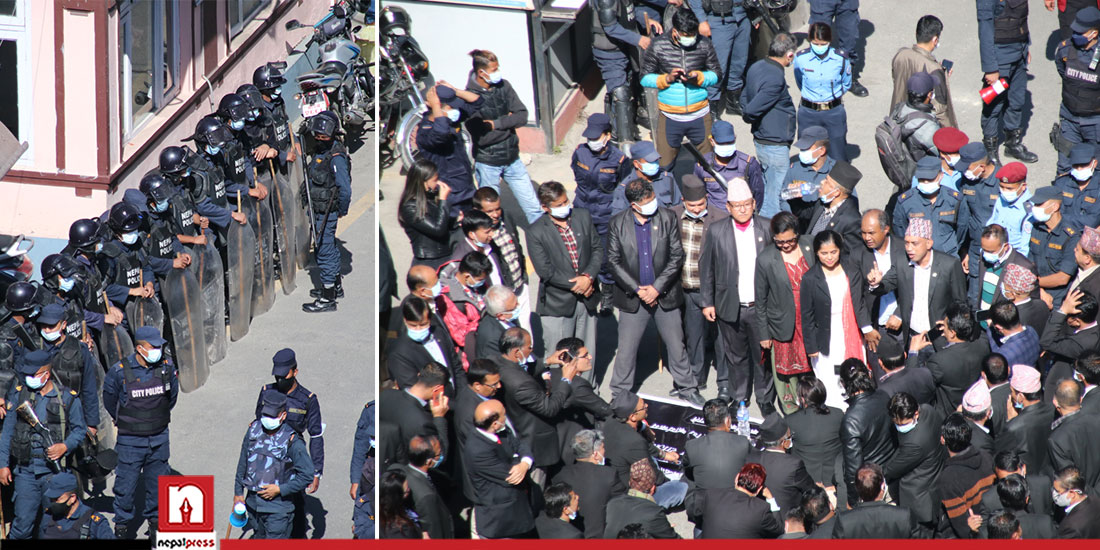 KATHMANDU: General Secretary of the Nepal Bar Association (the umbrella body of lawyers across the country) Lilamani Paudel among others were injured in a clash that broke out between lawyers and police personnel on Thursday.

The clash ensued when a group of agitating lawyers tried to enter the premises of Supreme Court.