Bar Association to boycott all benches of Supreme Court tomorrow 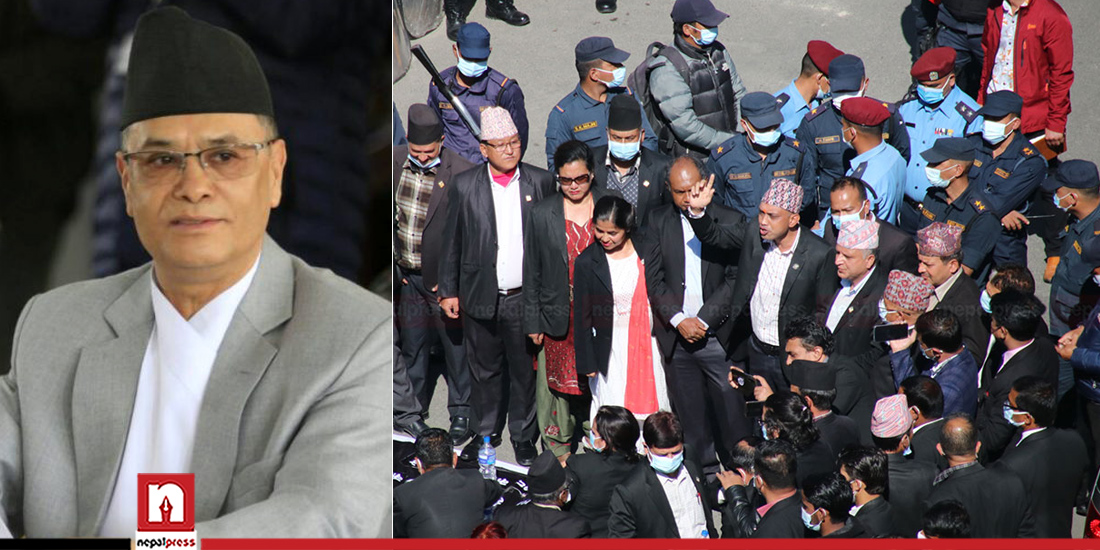 KATHMANDU: The Nepal Bar Association (the umbrella body of lawyers across the country) has decided to boycott all the benches of the Supreme Court on Friday.

“We will boycott all the benches of the Supreme Court tomorrow,” NBA General Secretary Lilamani Paudel said.

The NBA, which started its second round of protest demanding resignation of Chief Justice Cholendra Shumsher Rana, has threatened to further intensify the protest from tomorrow.

The NBA decided to intensify the protest after General Secretary of the association Paudel among others were injured in a clash that broke out between lawyers and police personnel this afternoon.

NBA Chairman Chandeshwor Shrestha announced that they would not allow Chief Justice Rana to enter the Supreme Court tomorrow.

“The Chief Justice should make public his property details. We will further intensify the protest,” he said.