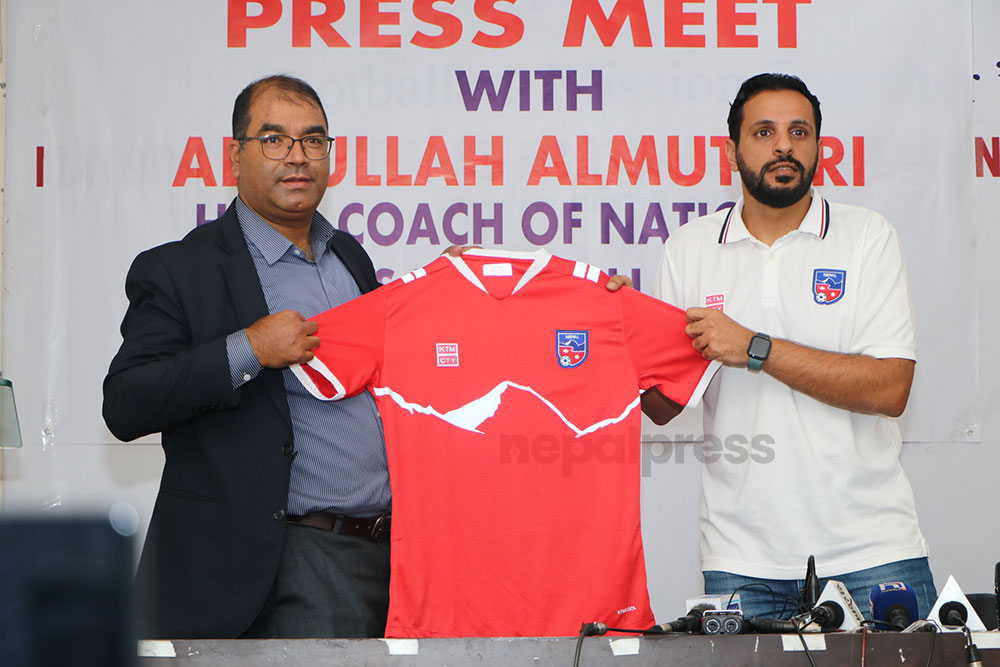 A contractual agreement has been signed between Coach  Almutairi and ANFA amid a function today. According to the agreement, Almutairi will coach national football team until 2024.

Amutairi had decided to sign a contract with ANFA following a meeting with ANFA President Karma Tsering Sherpa and officials of the Qatar Football Association(QFA) on October 27.

Coach Almutairi also told his plan through the press conference and expressed his happiness after signing a new contract with ANFA. He returned to Nepal on October 30.