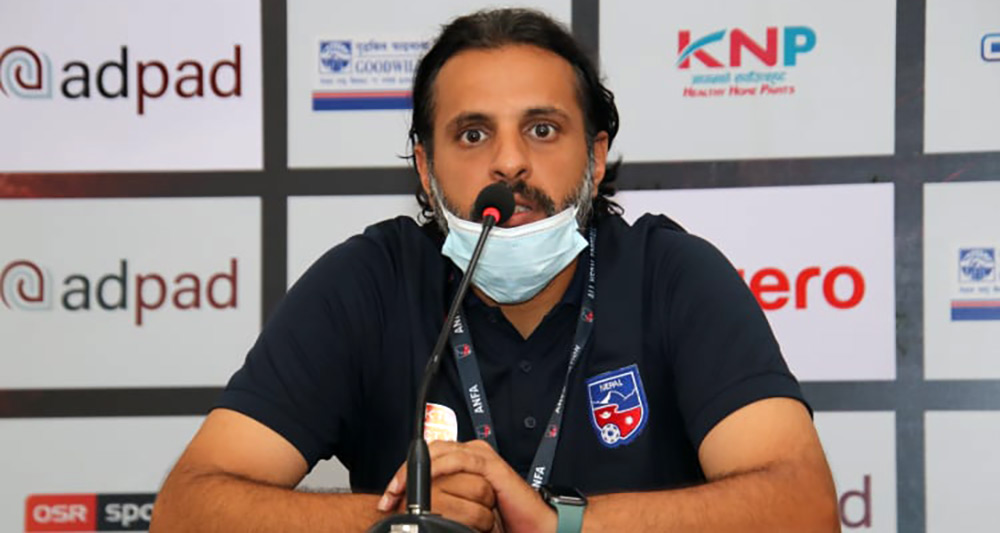 KATHMANDU: Abdullah Almutairi, who had recently announced that he would not return to Nepal during the recently concluded SAFF Championship, has decided to sign a new contract with the All Nepal Football Association (ANFA) on Wednesday.

After the meetings held with the President of ANFA, Karma Tsering Sherpa and the officials of the Qatar Football Association(QFA) today, it has been decided that Almutairi will be continuing to coach Nepal national football team for 3 more years.

He also requested Nepali football fans to show love and support to the players.