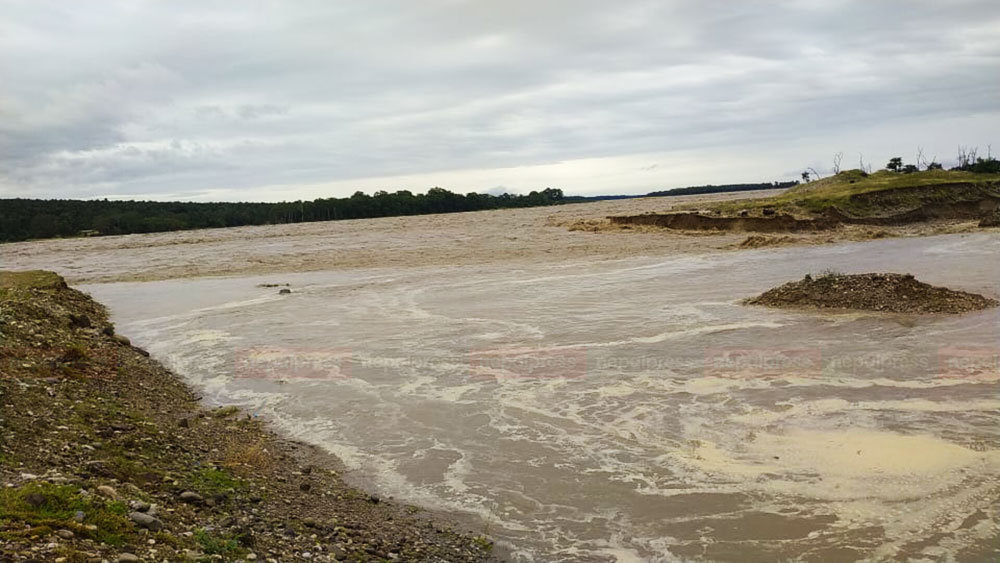 KALALI: As many as 100 families have been displaced after the flooded Karnali River gushed into a human settlement in Kailali district on Tuesday.

According to DSP Prakash Sapkota of the Area Police Office, Tikapur, the houses in the settlement have been submerged after the river swept away an embankment at Shahipur in Tikapur Municipality-5.

“The water has just entered the village,” he said, adding, “Locals have started moving to a safe place.”

The water level in the river is increasing, police said.

Not only Tikapur, the flooded river has also affected Janaki Rural Municipality.

According to the District Police Office, Kailali, as many as 50 houses have been inundated in Eastern Khairi Phant of Janaki Rural Municipality-9.

Also Read: People stranded on island in Mahakali River being rescued by chopper