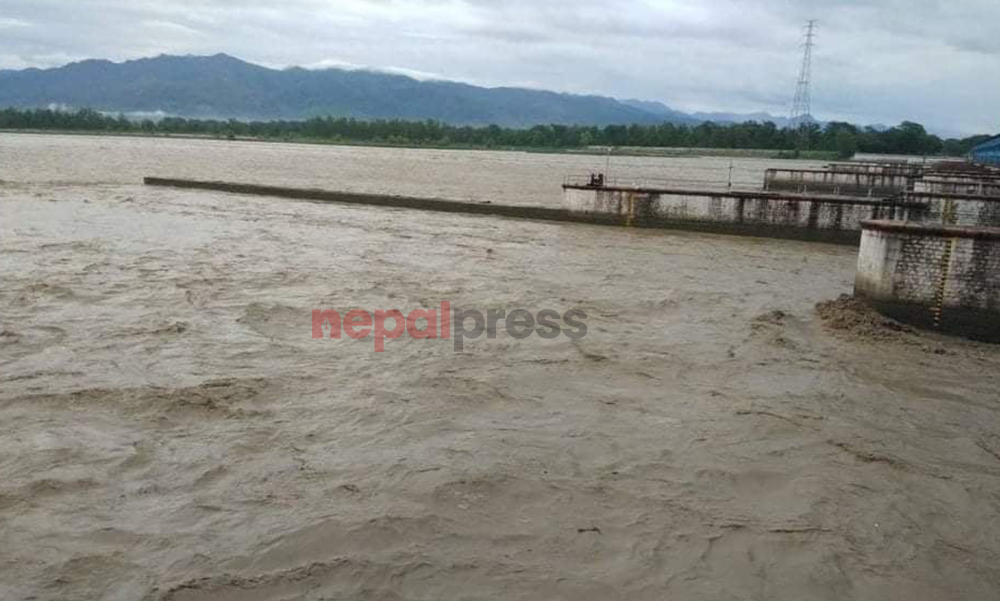 KAILALI: Incessant rainfall has caused water level of Mahakali River to swell up and rise above the danger level.

It is considered as dangerous if the water level in Mahakali River crosses 100,000 cu sec.

DSP Siddha Raj Neupane, spokesperson of the District Police Office Kanchanpur, said that thr water level in the river has risen to 461,000 cu sec as per the measurement taken on Tuesday morning.

“The water has been increasing continuously,” he said, adding, “The water level has crossed the danger level.”

Neupane said that the riverside settlements are at high risk of floods.

The District Administration Office has urged people living near river banks to stay on high alert.

The water level in small rivers has also risen due to the torrential rainfall for the past three days.

Meanwhile, the water level in the Karnali River has also crossed the warning level.

According to the Water and Meteorological Office, Kohalpur, the water level in Karnali River has reached 10.50 metres.

The Office has urged the people living near the banks to stay on stay on high alert.