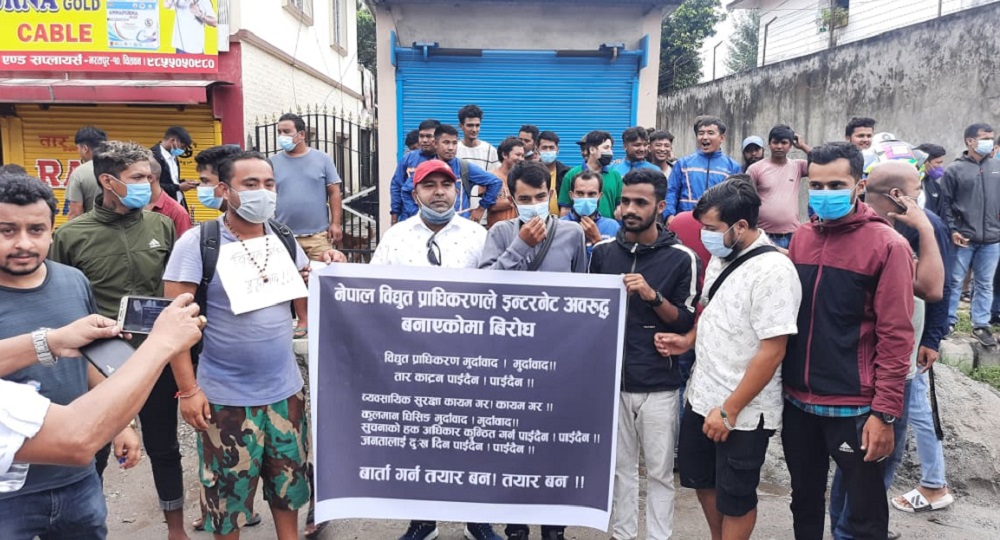 CHITWAN: Internet and TV service providers have staged a demonstration in Chitwan after the Nepal Electricity Authority started removing the wires of internet and Cable TV.

They staged a demonstration outside the office of Nepal Electricity Authority (NEA) in Bharatpur, Chitwan on Saturday and also chanted slogans against Kulman Ghising, Managing Director of the NEA.

Adhikari accused Energy Minister Pampha Bhusal and NEA Managing Director Ghising of showing their power by removing the wires at a time when the talks with the government are moving ahead in a positive direction.

He warned that TV and Internet service providers will shut down TV and internet services all over Chitwan if the government did not roll back its decision to hike the rental charges of the utility poles.

Meanwhile, the NEA said that it was forced to remove the wires after TV and internet companies expressed their reluctance to clear up outstanding rent payments.

Earlier on September 14, the NEA had said that it will remove the wires if they did not clear up the outstanding rent payments within October 1.