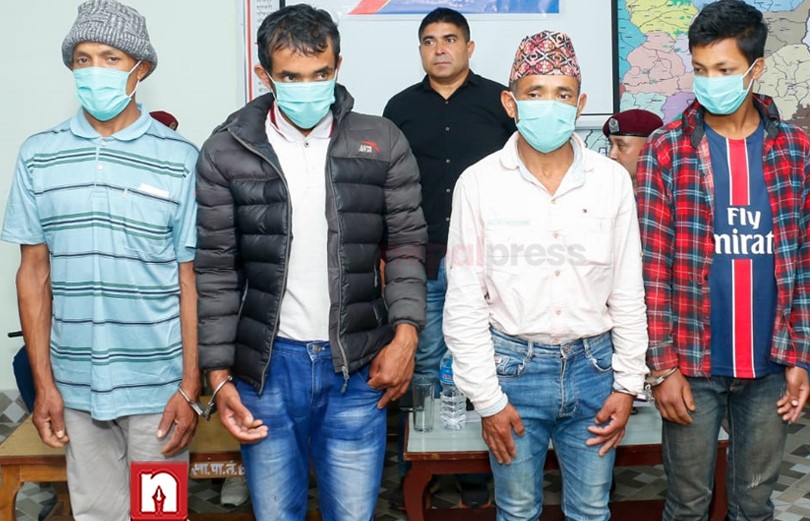 KATHMANDU: Police have arrested four more persons in connection to the murder of six members of a family at Khola Gaun in Madi Municipality of Sankhuwasabha on Thursday.

Earlier on September 12, police arrested Lok Bahadur Karki, 26, and made public for his involvement in the mass murder. During the press conference Karki said that he killed the Karki family by using a wooden plank.

But, during the investigation, police came to know that others have also assisted Lok Bahadur to commit the crime.

Police said that Lok Bahadur’s uncle Khadga Bahadur Karki (46) is the mastermind behind the mass murder.

DSP Lal Dhoj Subedi of the District Police Office said that the four others were arrested based on the statement of Lok Bahadur.  All the detainees are the relatives of Tej Bahadur.

According to a preliminary investigation, police said that the incident was premeditated.