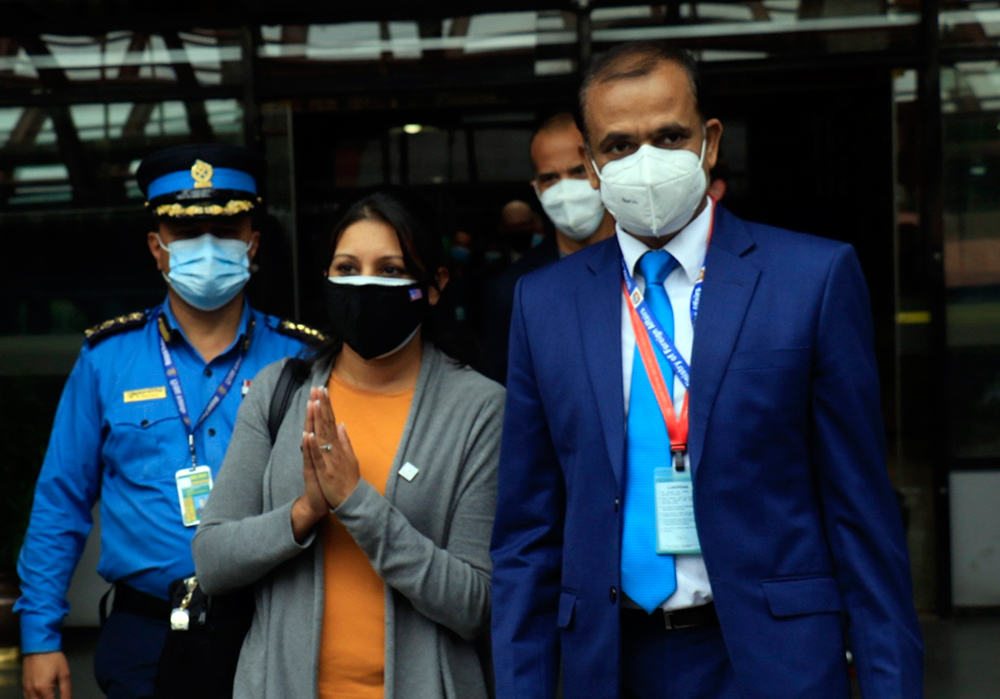 KATHMANDU: Millennium Challenge Corporation (MCC) Vice President Fatema Z Sumar expressed her confidence that the Parliament of Nepal will endorse the US grant agreement at the earliest.

Speaking at a programme organised at Hotel Marriott in the Capital on Sunday, Sumar urged the political parties not to politicise the MCC.

Saying that the political parties should take their request seriously, Sumar said that she was hopeful that the MCC will be endorsed soon from the Parliament of Nepal.

“I want MCC to be endorsed soon,” she said during the programme, adding, “I am very optimistic and I urge the political parties to be serious.”

She said that MCC will play an important role to raise the economy of the country battered by the Covid-19 pandemic. Sumar added that the US always wants Nepal to improve its economy.
The American Embassy said that Sumar will return on Monday.
During her four-day visit to Nepal, she held meetings with Prime Minister Sher Bahadur Deuba, CPN (Maoist Centre) Chairman Pushpa Kamal Dahal, CPN (Unified Socialist) party Chairman Madhav Kumar Nepal and CPN-UML Chairman KP Sharma Oli among others.
The ruling parties had told Sumar that they will move ahead in the matter by forging national consensus.
UML Chairman Oli said that they will make their position clear on the MCC after the ruling parties float their opinion on the US grant agreement.
Before arriving to Nepal, Sumar responded 11 questions raised by the Nepal government clarifying that Nepal’s constitution prevailed over the MCC, but the agreement could not be amended at this time.