National consensus must to take MCC ahead, says PM Deuba 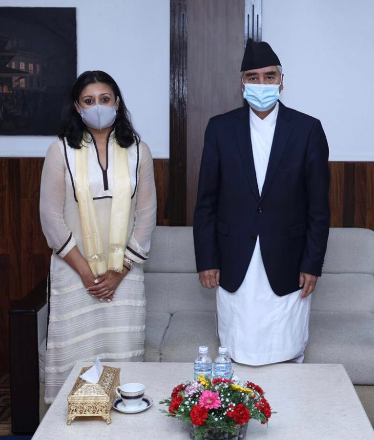 The team led by MCC Vice President Fatema Z Sumar held the meeting with PM Deuba at the latter’s official residence in Baluwatar this evening.

During the meeting, PM Deuba said that the government is planning to take the MCC project ahead by forging national consensus, government spokesperson and Minister of Law, Justice and Parliamentary Affairs, who attended the meeting, said.

“We talked about MCC and bilateral relationships between Nepal and America among others,” PM Deuba wrote on Twitter after the meeting.