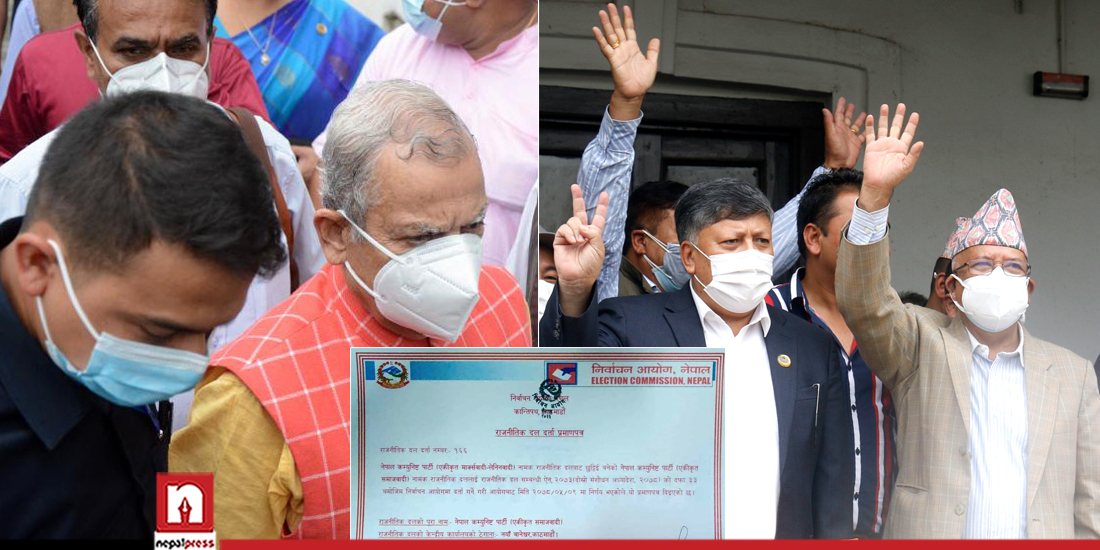 KATHMANDU: Two new parties have been registered at the Election Commission on Wednesday.

The Election Commission this afternoon verified all the signatures of central members and lawmakers who had signed the petition to split and party and formed a new party  CPN (Unified Socialist) under Madhav Nepal.

Similarly, the poll body also verified the signatures of executive members and lawmakers, who had signed the petition to split the party and create a new party Democratic Socialist Party-Nepal under Mahantha Thakur.

The Election Commission submitted the party registration certificates to the representatives of both the parties this evening, Commission’s spokesperson Raj Kumar Shrestha said.

After receiving the certificate, Unified Socialist party leader Rajendra Pandey said that now the poll body has paved the way for his party to join the government. 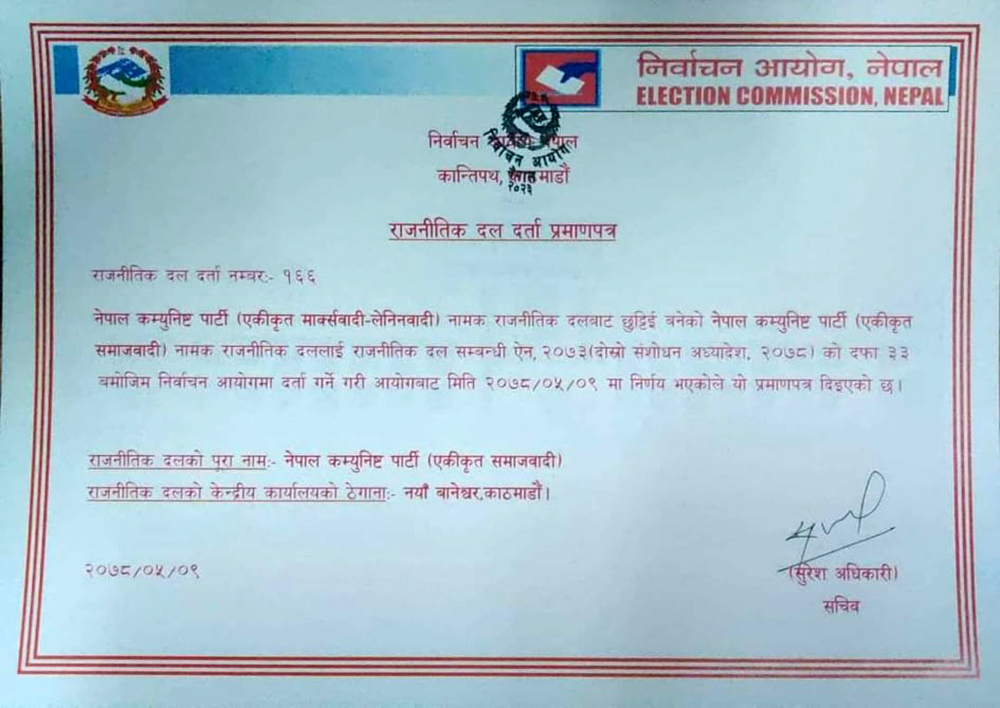 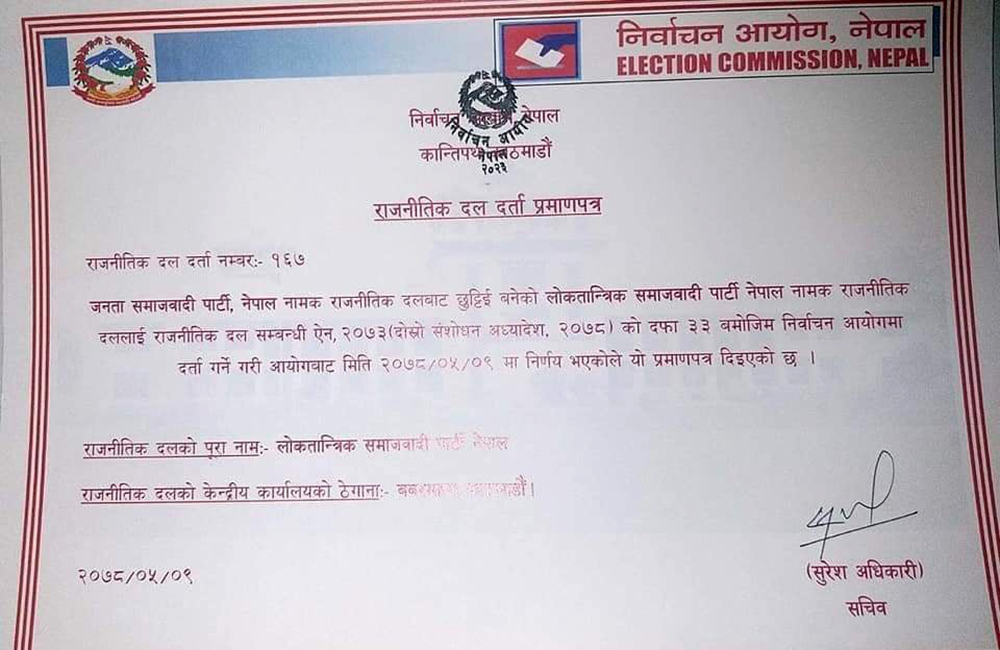