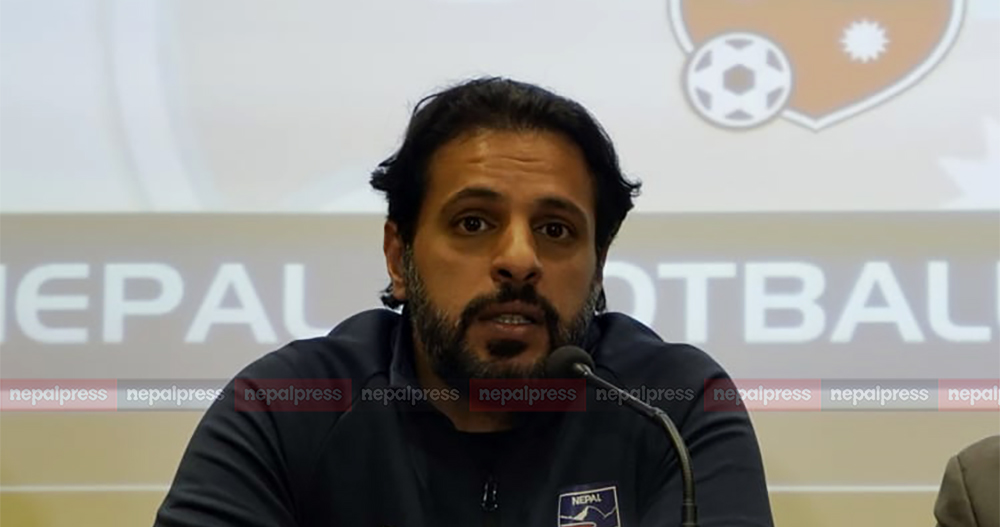 Handing over the report to the National Sports Council, the probe committee urged the national sports governing body to request the head coach not to engage in any controversial activities. He wrote on his Facebook page, “ I’m out, let.. politics work.”

Earlier on July 25, the Nepali national football team head coach had announced his resignation through a Facebook post.

Coach Abdullah in his Facebook post had said that he decided to resign due to some differences with Pankaj Bikram Nembang,  senior Vice- President of All Nepal Football Association (ANFA).

The football governing body handed over the issue to the National Sports Council after it failed to resolve the dispute.

The probe committee formed by the National Sports Council to investigate the issue submitted its report this evening.

The report has raised questions on the character of Almutairi.

Abdullah was appointed as the head coach of the Nepal national football team on April 4.