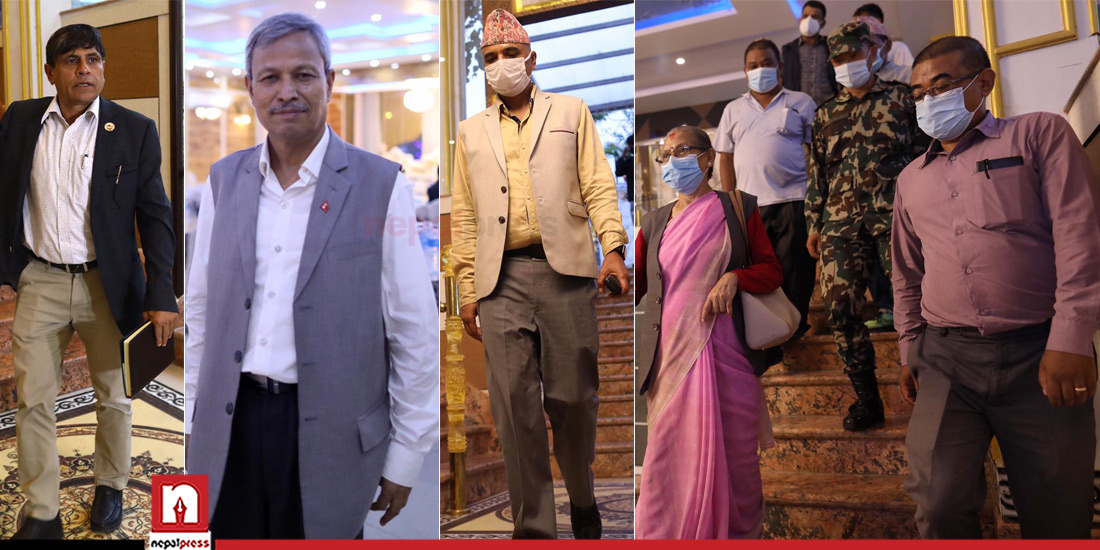 KATHMANDU: Some second generation CPN-UML leaders, who did not support senior leader Madhav Kumar Nepal to split the party, urged Nepal to withdraw an application filed at the Election Commission to register a new party, stressing on the implementation of the 10-point agreement.

Central members and lawmakers reached to this conclusion during a meeting held at a party palace in Basundhara on Friday, leader Gokarna Bista said. They also decided to continue the protest against the ordinance brought to split the party.

The leaders are of the opinion that party Chairman KP Sharma Oli should also adopt utmost flexibility to stop the party from splitting.

Saying that the ordinance brought to split the party has made the mockery of Nepal’s constitution, he said they will continue the efforts to make the party unity intact.

He said that they will put forth their views by meeting Nepal and Oli.

Around 57 central members and lawmakers were present in the meeting.