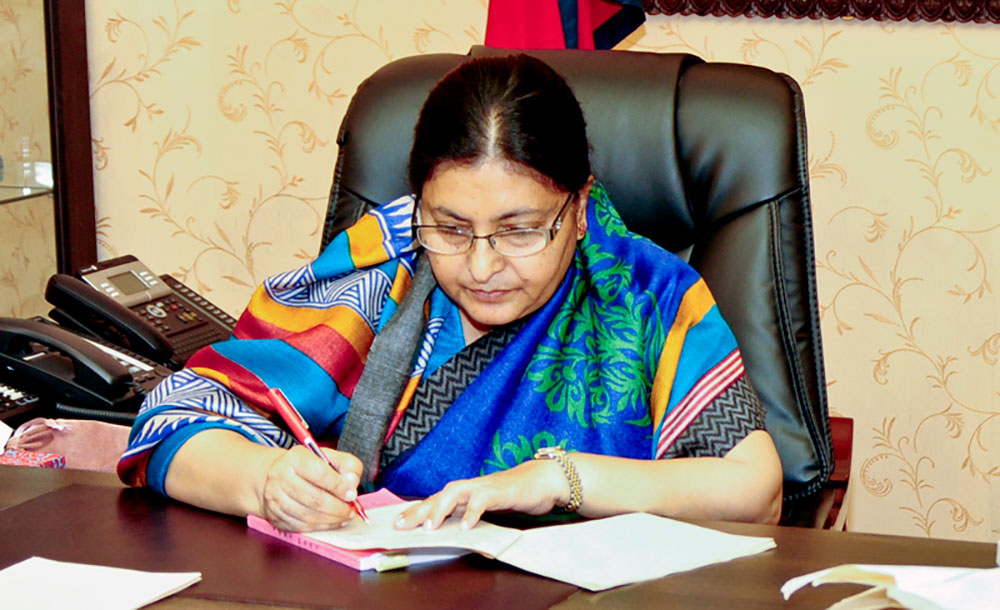 A Cabinet meeting held on Tuesday decided to send the ordinance to the President for certification.

The President’s Office said that President Bhandari issued the ordinance on the recommendation of the government as per Article 114 ( 1 ) of the Constitution of Nepal.

According to the ordinance, a political party can be split from the mother party if it has 20 percent members in the Central Committee and Parliamentary Party.

Before the amendment, a party should have 40 percent members in the Central Committee and Parliamentary Party to split the party.

The government’s decision to bring ordinance was not only criticised by the main opposition CPN-UML but also by the leaders of the ruling Nepali Congress.