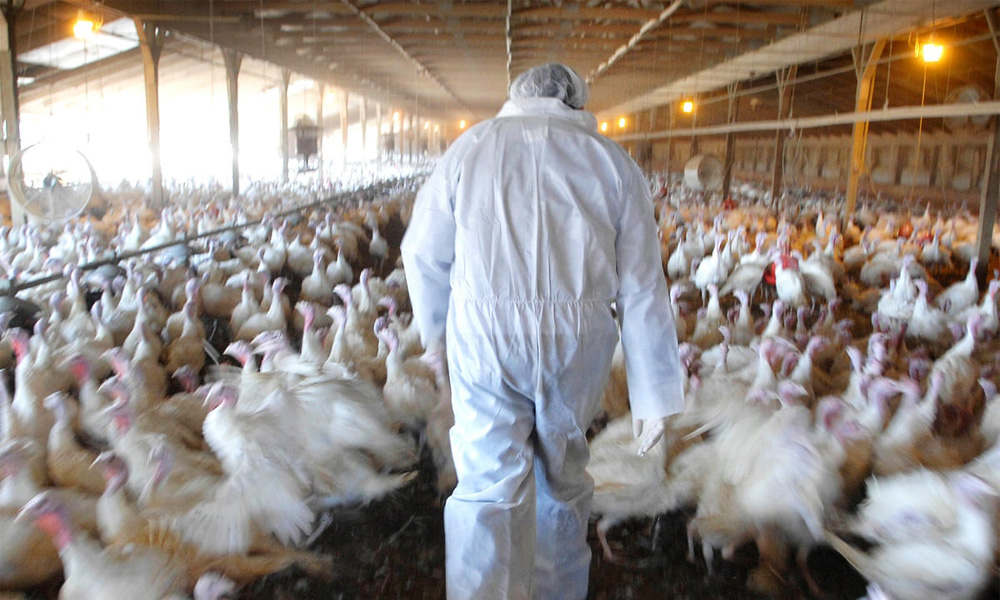 KATHMANDU: NepalPress was probably the first to sound the alert on the disease paying us a visit. Finally, the nightmare has revealed itself here. Read our warning by clicking this link.

The Bird flu (H5N8) infection has been confirmed in Nepal.  The Ministry of Agriculture and Livestock Development issued the statement which said that bird flu was found in ducks and turkeys in Sanglekhola in Tarkeshwor Municipality, Kathmandu. 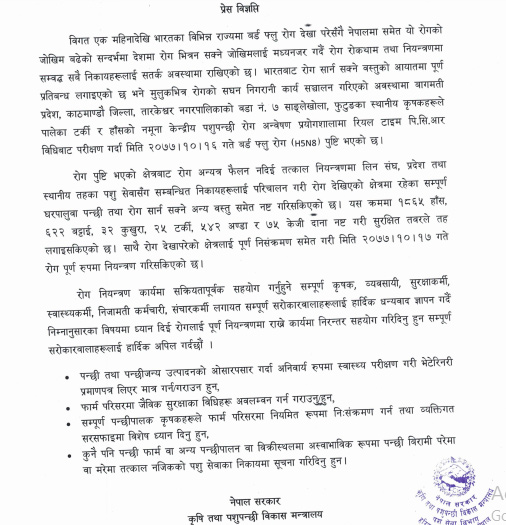 It is also mentioned in the release that the surveillance is kept at a high level in the country keeping in mind the risk of spreading the infection. All domestic birds and other contagious objects in the affected area have also been destroyed.

In order to help in controlling the disease, the department has requested to conduct health check while transporting birds and poultry products, to adopt biological safety methods in the farm premises and to pay attention to personal hygiene.