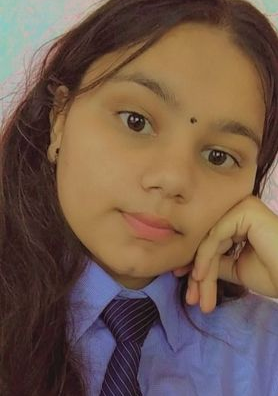 KATHMANDU: The country is now on the brink of elections. As there are only a few days left for the provincial and House of Representatives (HoR) elections, the election has become a hot topic for discussion.

A few days ago, a group of 20/30 people (including young and old) who were gathered at a general meeting of an organization were discussing the November 20 elections. The talk was interesting and equally memorable.

Some of the conversations between them were like this: ‘Will you vote this time? Where should I go to vote? Is your name registered in the voter list? To whom should I vote? Are there any deserving candidates?’

Most of the youths, however, did not seem so excited to vote even though they had registered their names in the voter list.

A young man from the group said that since it was his first time voting in the elections, he intended to vote for an independent candidate instead of any political party candidate. He said that “some old Nepalese leaders who is leading this country from my grandfather’s generation were not able to lead our nation in the right direction, why should I vote for them? They should retire now.”

At the same time, another one of his friend questioned him, ” Your father has been a Nepali Congress member from decades, so you don’t need to call yourself an independent and you think it’s as easy as you sit at home and vote online like other social medias competition? No man, you have to go to the polling centre and there are many procedure which you have to follow while voting. There was a moment of laughter in the crowd. Then the young man replied ” I don’t know this mess, I’m going to ask my mom and dad where I should vote.”

After hearing all this, another young man who looked like in his late twenties expressed his disappointment saying that nothing happens by voting and the leaders only give assurances during election.

Recalling that he had voted in the previous election, he said, ”I went to the village from Kathmandu and voted on election, they assured me they would give educational scholarship and create job opportunity for every needy people in the village. But neither did I get a scholarship, nor there was any job opportunity in the village. Even every educated youth who could do better for this country has almost left the country for better opportunities and most villages seems evacuated. My dad is calling again this time too but I’m not going to vote this year. Leaders give various assurances during elections. Just vote carefully by knowing their agenda’s depth boys.”

Another middle twenties man said “Hey bro, why are you guys so interested in election, we know it just the process,again same faces will going to lead the country, I just don’t get any sense why these people do expenses on elections, I’m totally fed up with our political system. If it was not for Covid-19, I’d be doing a photoshop on the beach in Sydney.” A person who looked in his mid forties said “This time i’ll only give my vote if they make all the arrangements of my travel and food expenses.” Another old man from the group said that since he was a core member of the UML for a long time, it would be an injustice to his party if he votes for another party.

After hearing their conversation, I’ve done some analysis about the condition of today’s youth in politics. It seems like the young people who has major rights to choose the right leadership for nation are not so excited about elections and also disgusted from our rooted politics.

In 2074 election there was 34.85 % youth candidates participated in election. Out of 5,190 candidates for the House of Representatives and State Assembly members1,809 [34.85%]were under the age of 40. In this year may it crowded as historically youth has listed as a candidate for election and many new parties also arised but in practical data the total Youth candidates is decreased by 4.03% as compared to last elections.

The local level election which held few months ago, where 41% youth has listed their name as a candidate, and many youth have won and doing better and making necessary changes for their area, it’s also shows that if Youth got the chance they will lead this country in right way. personally I believe that literate youth who has understanding towards the geographical, historical, new agricultural, architectural, technical, political, social and moral view and developing ideas to their ward, state, country should come forward to develop their country. Youth can play an integral role in politics but yes their mindset should be to serve the county.

In this time period change is indeed for our nation, we have to throw out this rooted political system, we youth no more wants the same faces who is leading this nation from three generation. We all know that politics is one of most important education, and election is one of very very big rights and also decision, where we have choices to choose right leader’s from all candidates, if we could do it wisely and take election seriously we can change the cover of our nation but because of our leaders youth and every people faded, politics is becomes disgusting now. Everyone giving vote only for formality without knowing that how big decision was that, In our nation I feel like there is lack of election education, If right leader with right agenda, right plan, clear vision and timed mission got the chance to hold this country, this country will gonna be a most developed country.

As we all know that we have a lot of resources for development, what’s need is only to use them in particular way, through that more than 1/3 youth who is working abroad will also get job opportunity here in the country. Youths have creative mind and they can use better technology to solve our problems. They have fresh and innovative ideas for our nation. So according to me we should give a chance to the youths for further development of the country. And for making a clean political system we have to choose right leaders for national development. Don’t vote for any party blindly,  vote for the deserving ones. Do it wisely because we have choices . Youth in politics should have a meaningful way to serve the country for the welfare and development of the coming generation.