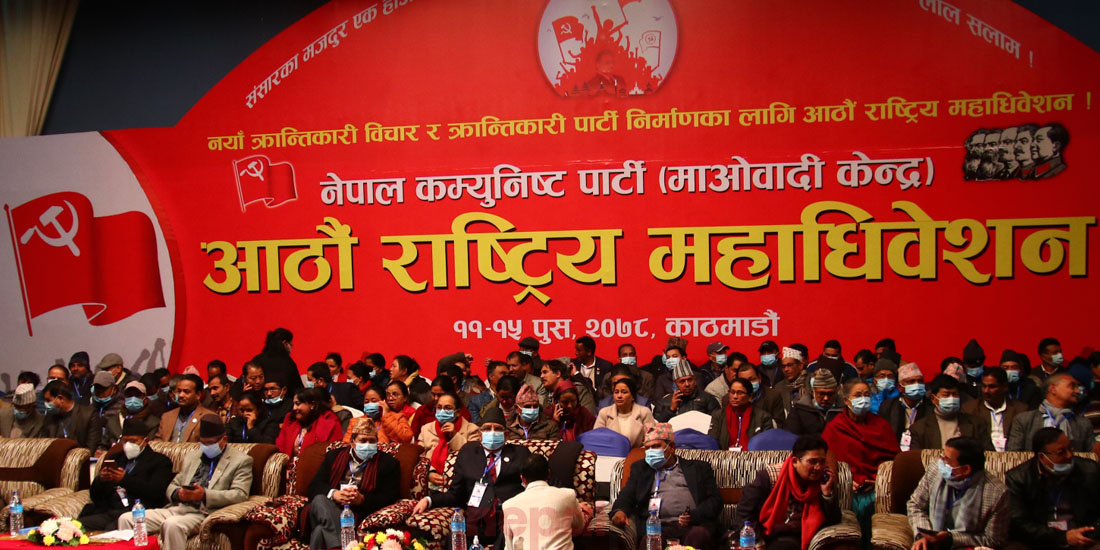 KATHMANDU: CPN (Maoist Centre) has urged the government not to ratify Millennium Challenge Corporation (MCC), an American grant under which Nepal will receive $500 million, in its existing form.

Endorsing the proposal from the 8th general convention, the party claimed that some of the provisions of the pact are against the national interest and harms the country’s sovereignty.

“The MCC compact should not be endorsed in its existing form as some of the provisions of the agreement are against the national interest and harm the country’s sovereignty,” the proposal stated. “All the political parties, government and lawmakers should move ahead on the issue by forging national consensus, ” the proposal further stated.

The party has also demanded that the government take action against those involved in the killing of Govinda Gautam and provide proper compensation to the victim’s family.

Gautam died after Indian border security personnel opened fire at the Nepal-India border at Punarbas in Kanchanpur of Far-Western Nepal on March 9.

Similarly, the party has also urged the government to take action against the Indian security personnel involved in dismantling an improvised cable crossing locally known as ‘tuin’.