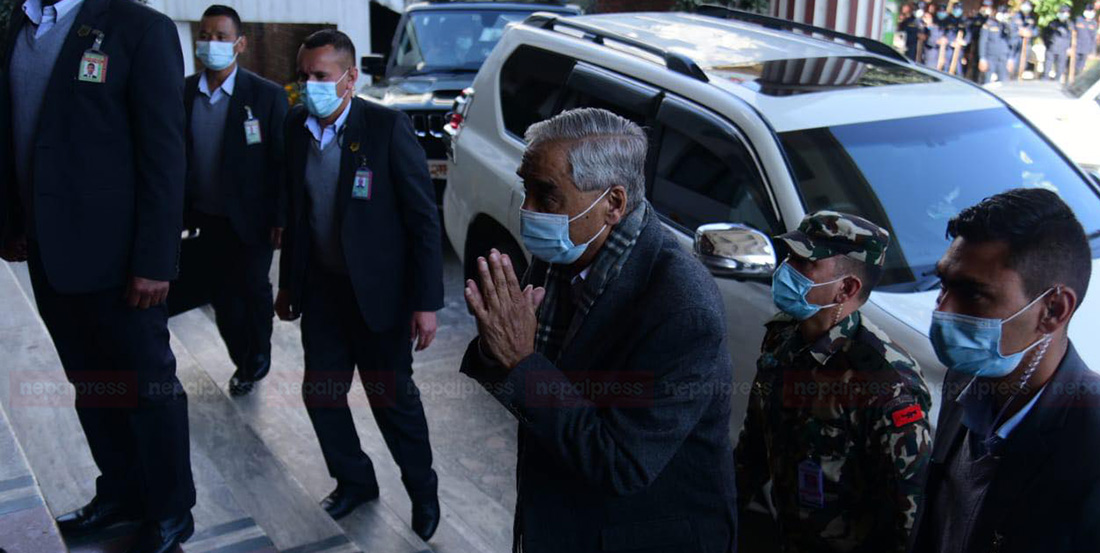 KATHMANDU: The ruling Nepali Congress (NC) has finalised the names of candidates for the National Assembly (NA) elections.

The elections to the National Assembly members will be held on January 26.

The NC has decided to make Basnet as the candidate from Province 1, Paudel from Bagmati, Panta from Gandaki, Sharma from Karnali and Mishra from Sudurpaschim.

The Central Committee meeting has just started at the party office Sanepa to endorse the names finalised by the meeting of party office bearers.

Earlier this morning, a meeting of the ruling coalition partners had shared seats among them for the elections to the National Assembly members.