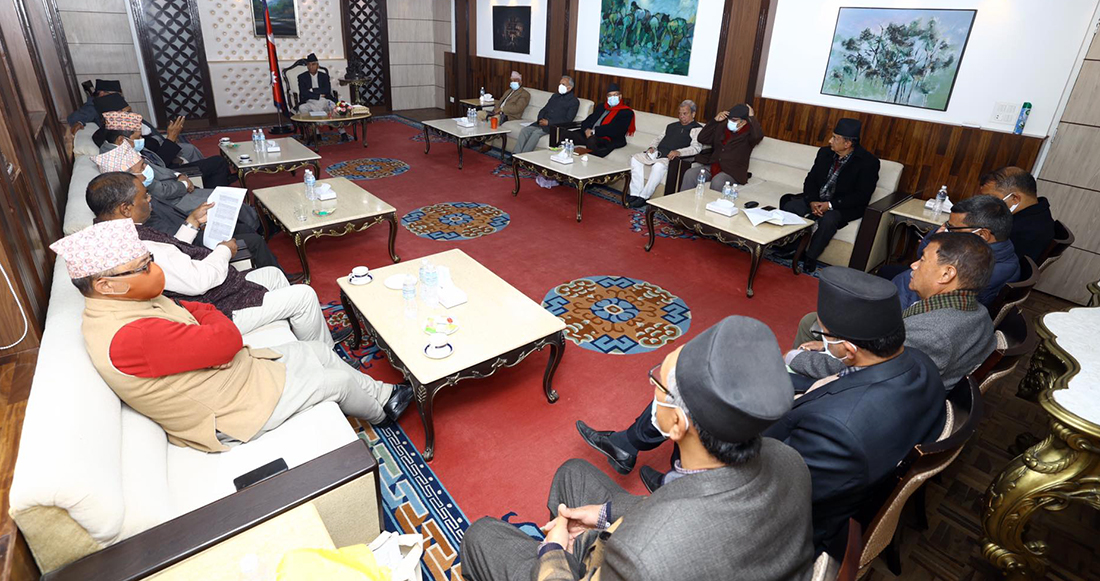 KATHMANDU: The ruling coalition partners on Monday shared seats among them for the elections to the National Assembly members.

A meeting of the coalition partners held this morning decided to field the candidates by sharing the seats for the elections.

The elections for the vacant posts of 19 National Assembly members will be held on January 26.

Similarly, Janata Samajbadi Party and Janamorcha will get two and one seats respectively.

The Maoist Centre and CPN (US) had to satisfy themselves with one seat each when the Nepali Congress took three seats more.

The Janata Samajbadi Party and Janamorcha, which had no seats in the past, got two seats and one seat respectively.