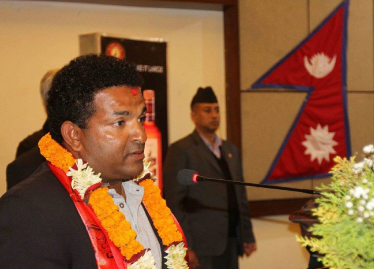 Cricket Association of Nepal (CAN) cricket manager Binod Das welcomed him at the airport.

A board meeting of CAN held on December 11 decided to appoint Dassanayake as the head coach of nation cricket team for the second time.

Speaking to journalists upon his arrival at the Tribhuvan International Airport, Dasssanayake expressed his happiness for getting the responsibility of the Nepali team again.

Dassanayake was appointed as the head coach of the national cricket team for the first time in 2011. He resigned from the post in 2015.

During his tenure, Dassanayake managed to carve out a name for himself as a coach, guiding the country to its maiden ICC World Twenty20 appearance in 2014 and leaping to the ICC World Cricket League Championship—a premier one-day competition for non-test playing teams—from Division 4.

Nepal cricket team, which has been without a coach after Dav Whatmore tendered his resignation in September, got a new head coach nearly after three months.