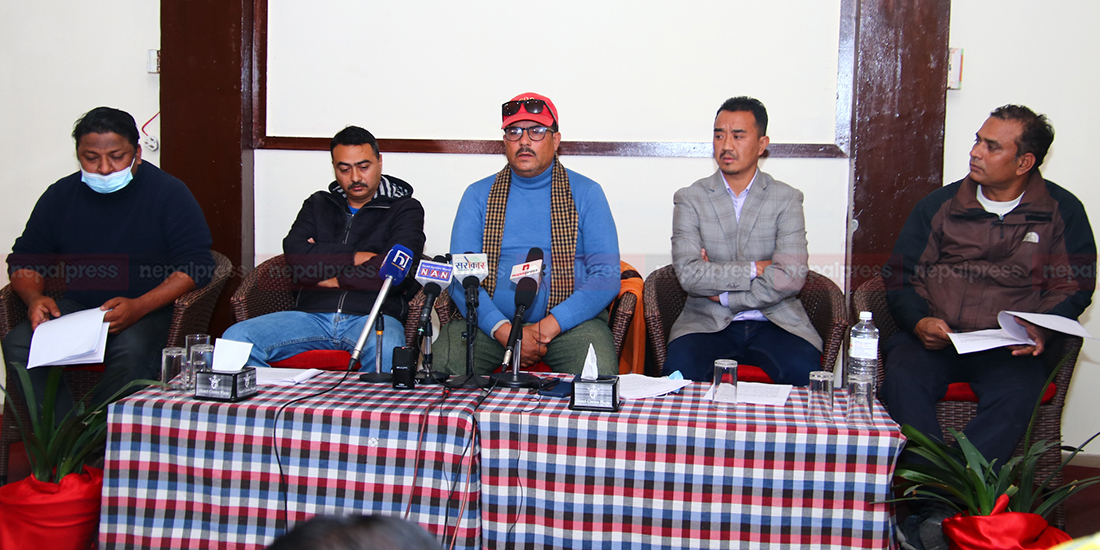 KATHMANDU: Disgruntled office bearers of the Cricket Association of Nepal (CAN) have demanded that the decision to take disciplinary actions against four national cricket team players be rolled back at the earliest.

They said that the action taken against the players was premeditated and against the law.

The board members, who had written a note of descent against the decision of the CAN, organised a press conference on Wednesday and made public their views.

During the conference, they said that the CAN always takes the decision without holding consultations with the office bearers.