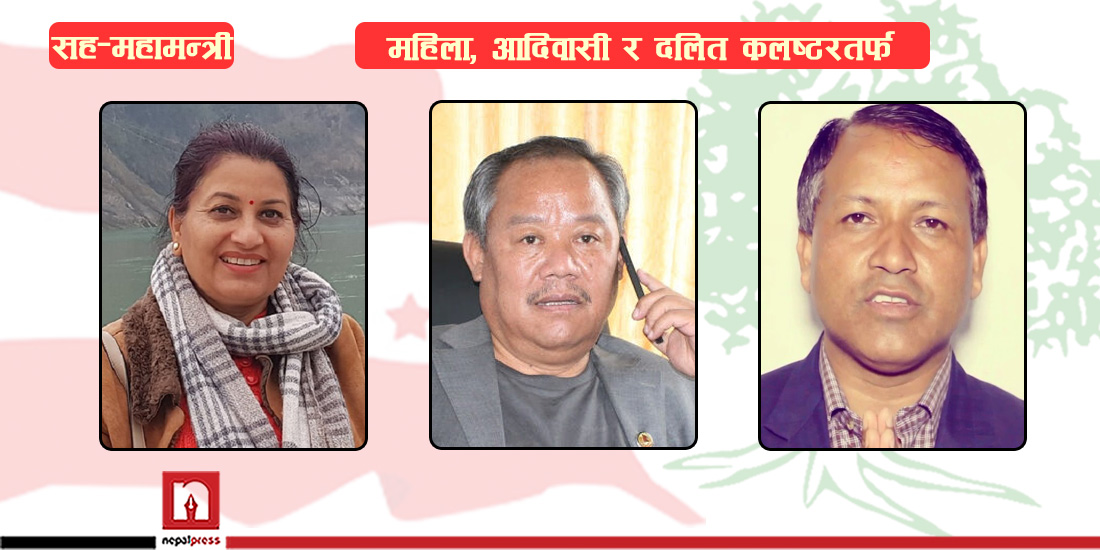 KATHMANDU: Nepali Congress leaders Mahalaxmi Upadhyay ‘Dina’, Jivan Pariyar and Bhishmaraj Angdambe have been elected as the joint general secretaries of the party.

Likewise, Pariyar was elected to the post under the Dalit quota by getting 2,212 votes while his nearest rival Man Bahadur Bishwakarma managed to get 2,175 votes.

As per the NC statute, there are eight assistant general secretary posts.