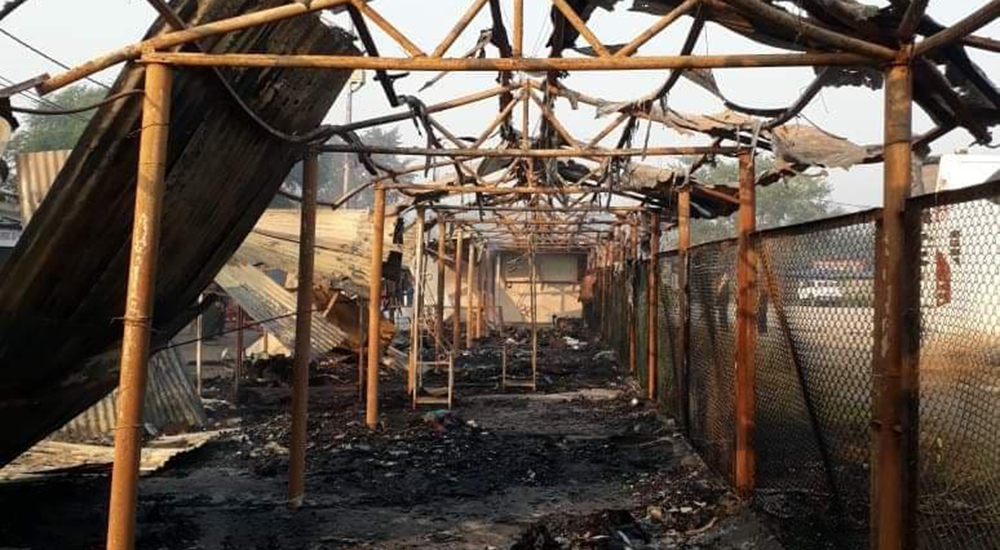 RUPANDEHI: At least 12 shops were destroyed when a fire broke out at a bus park in Lumbini, Rupandehi on Friday.

Bishnu Basnet, a trader at the bus park, said that 12 shops including a flower shop, a restaurant and a fancy store among others were destroyed in the blaze.

He said that property worth around Rs 7.5 million was engulfed in the flame.

The fire that broke out at around 2 am today was taken under control only after two hours.

Locals said that the fire could have been doused earlier had the fire engines arrived at the incident site on time.

Security personnel extinguished the fire with the help of a fire engine deployed from Bhairahawa.