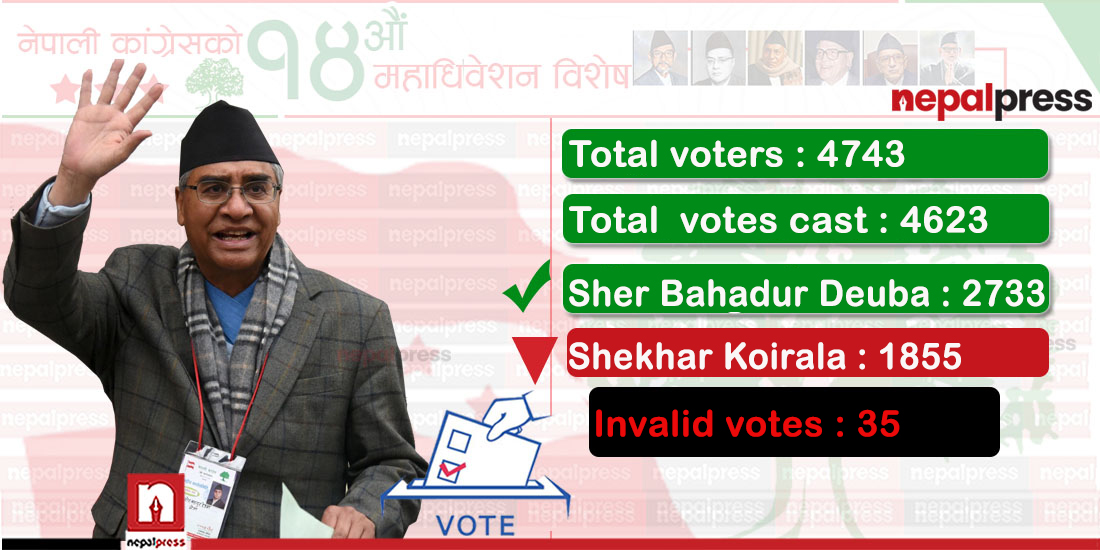 KATHMANDU: Sher Bahadur Deuba defeated Shekhar Koirala to become the president of the grand old party Nepali Congress for a second term in a run-off poll at the ongoing 14th general convention of the party on Wednesday.

Deuba obtained 2,733 votes out of a total of 4,623 votes cast in the elections while Shekhar Koirala secured 1,855 votes. As many as 35 votes were declared invalid.

However, the Election Committee is yet to make an official announcement.

The run-off poll was held as no candidate secured victory in the first round of elections.

As per the NC statute, a candidate vying for the post of president has to secure more than 50 per cent of the votes to get elected.

Deuba and Koirala had contested in the second round of elections.

Prakas Man Singh, Bimalendra Nidhi and Kalyan Gurung had extended their support to Deuba in the run-off poll.