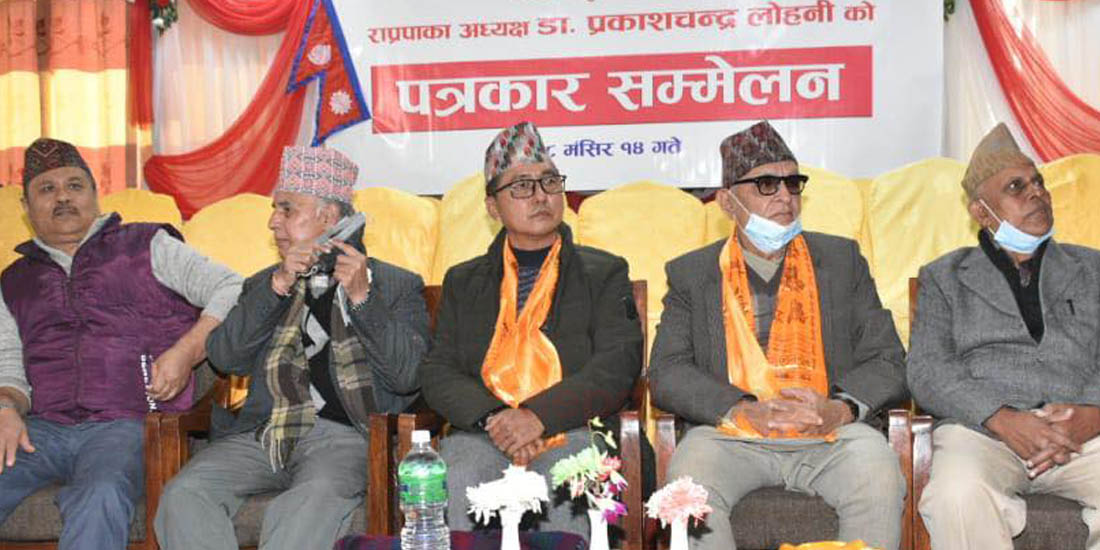 KATHMANDU: Rastriya Prajatantra Party (RPP) Chairman Prakash Chanadra Lohani has decided to extend his support to Rajendra Lingden in the upcoming general convention of the party.

He said so during a programme organised in the Capital on Tuesday.

The general convention of the party is scheduled to start from December 1.

Kamal Thapa and Lingden are vying for the post of party chairman.

Thapa had announced his candidacy for the post of chairman on Tuesday while Lingden on November 25.

“I also urge two other chairmen to play a parental role in the party and give an opportunity for the new leadership to work,” he said.