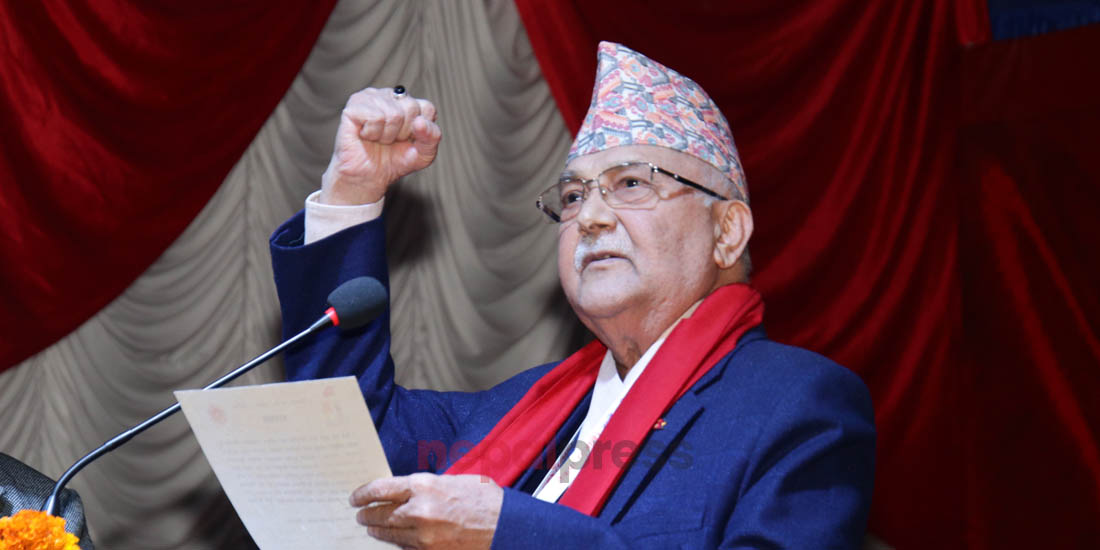 KATHMANDU: Newly elected chairman of the main opposition CPN-UML KP Sharma Oli took the oath of office and secrecy amidst a programme in Sauraha, Chitwan on Tuesday.

After taking the oath, he also administered the oath of office and secrecy to the newly elected central members. But, Bhim Rawal did not took the oath of office secrecy. He has already announced that he would not stay in any committee of the party.

Though Rawal and Ghanshyam Bhusal, who lost the elections to the post of chairman and vice-chairman respectively, were elected as the central members.

Leader Jhapat Rawal, who is close to Bhim Rawal, was also elected as the central member of the party.