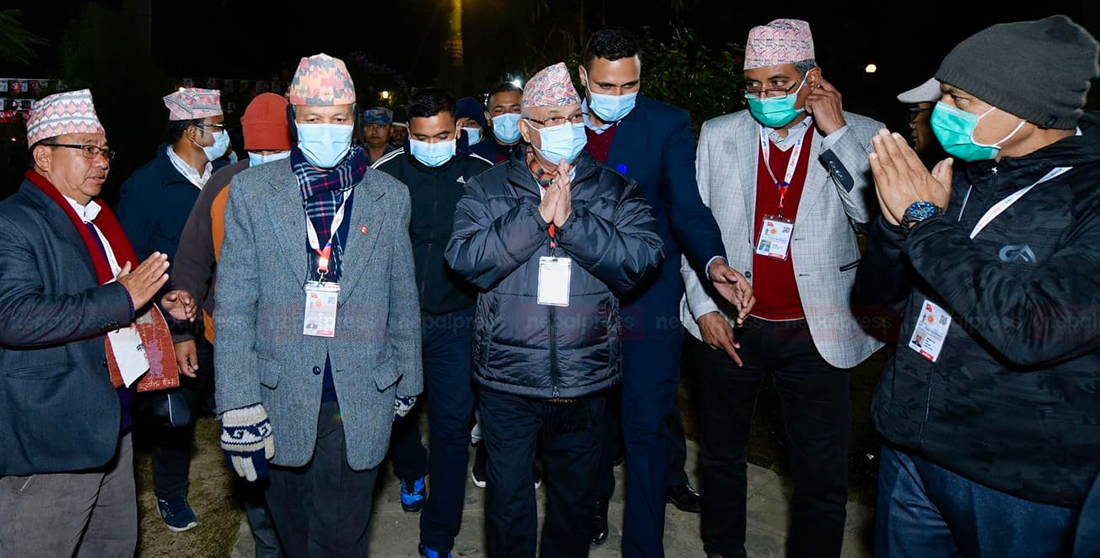 KATHMANDU: KP Sharma Oli has been elected as the chairman of the CPN-UML for the second time on Tuesday.

Oli has been elected to the top post of the party for the next five years by defeating his sole contender Bhim Rawal with a huge margin at the 10th general convention of the party held in Chitwan this afternoon.