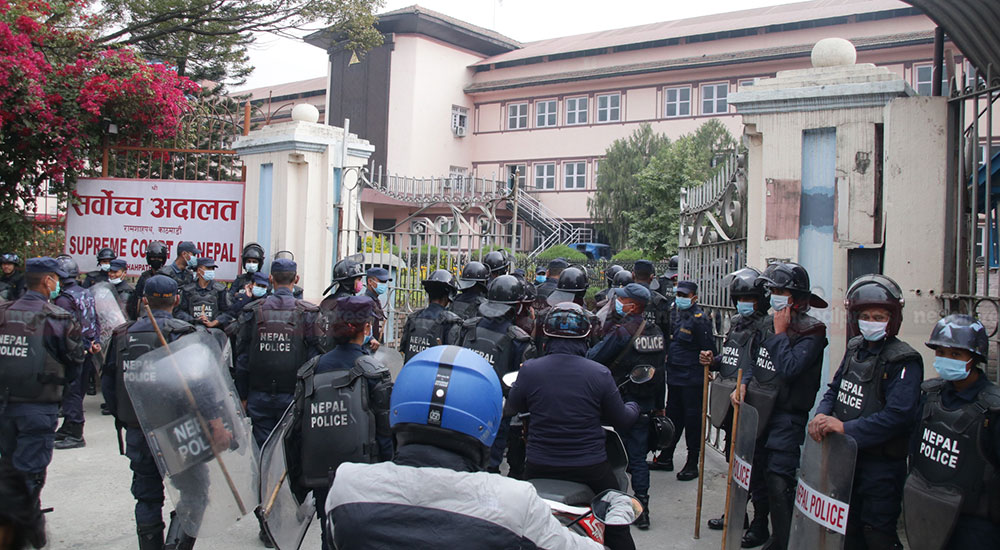 KATHMANDU: Security has been beefed up in and around the Supreme Court after the lawyers associated with the Nepal Bar Association (NBA) warned that they would stage a decisive protest today.

A large number of personnel from the Nepal Police and Armed Police Force (APF) have been dispatched in the area.

Earlier, the Nepal Bar Association, an umbrella organisation of legal practitioners across the country, had given an ultimatum till today to Chief Justice Cholendra Shumsher JB Rana to tender his resignation.

The legal practitioners have been stating a sit-in at the entrance of the main gate of the apex court by tying black band on their arms. 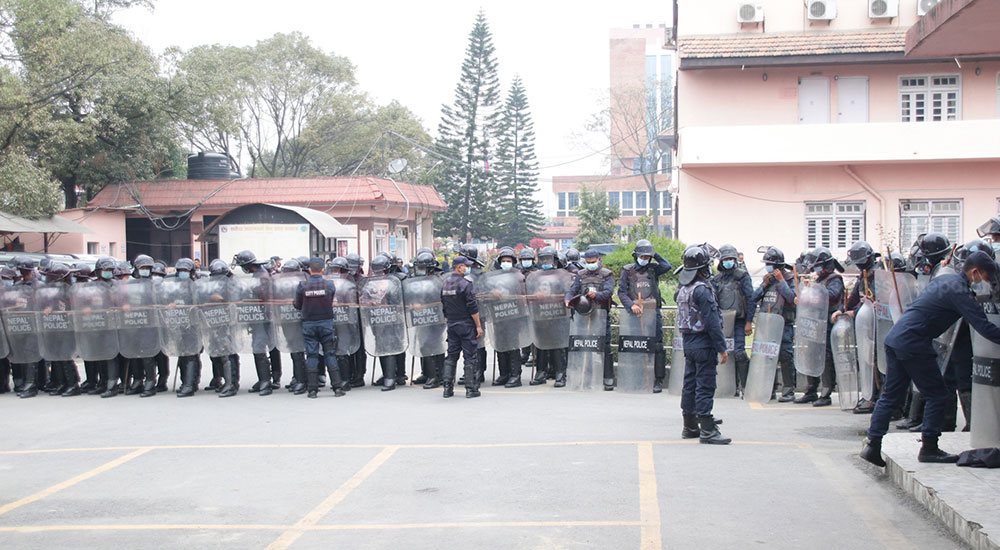 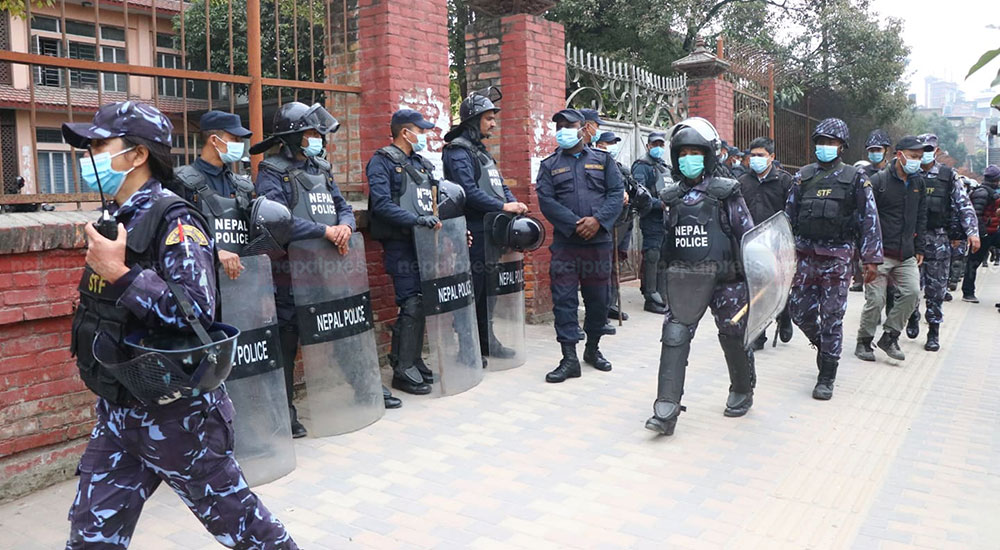 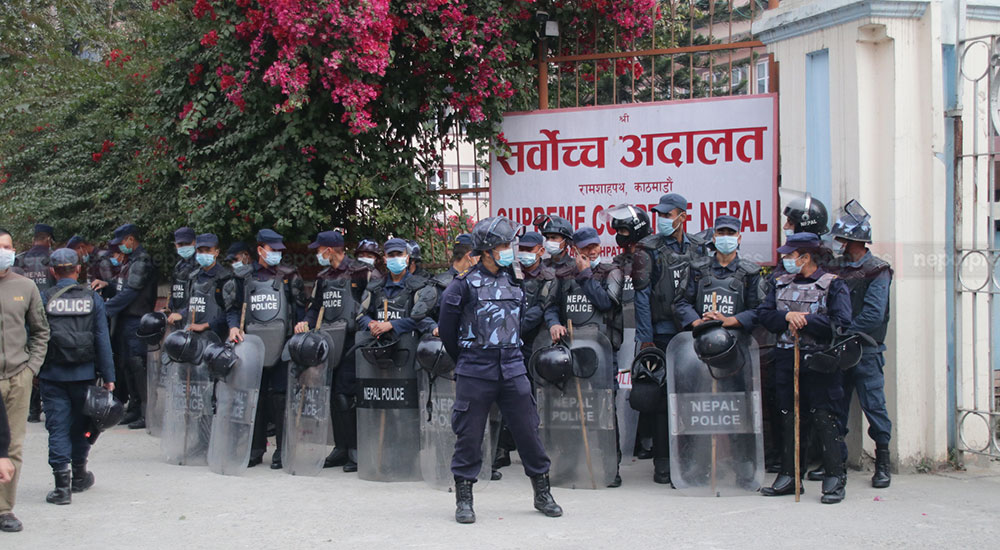 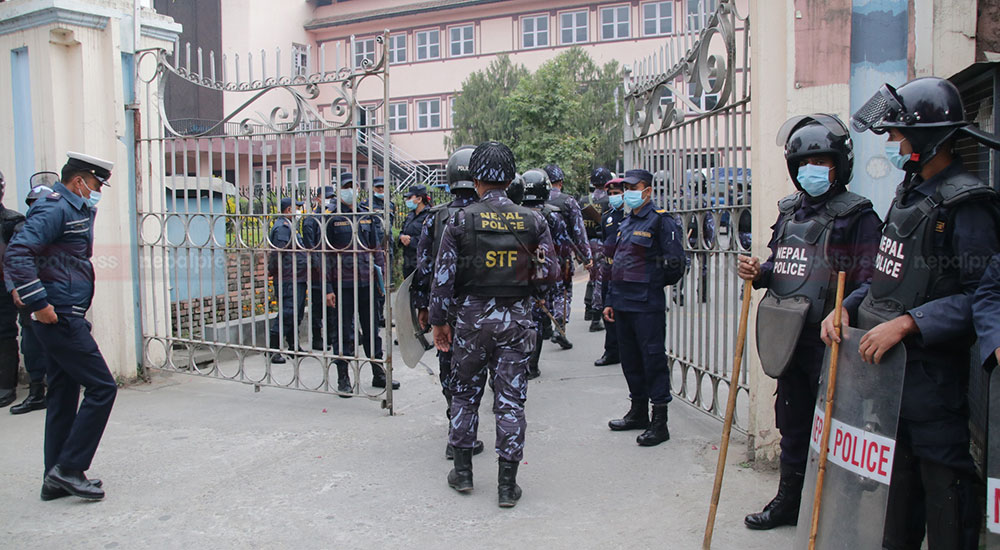 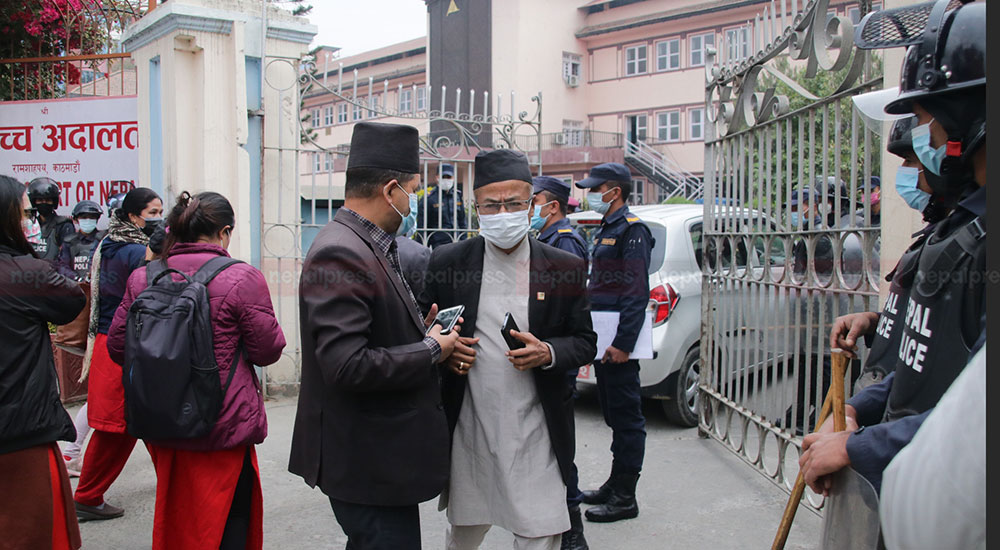