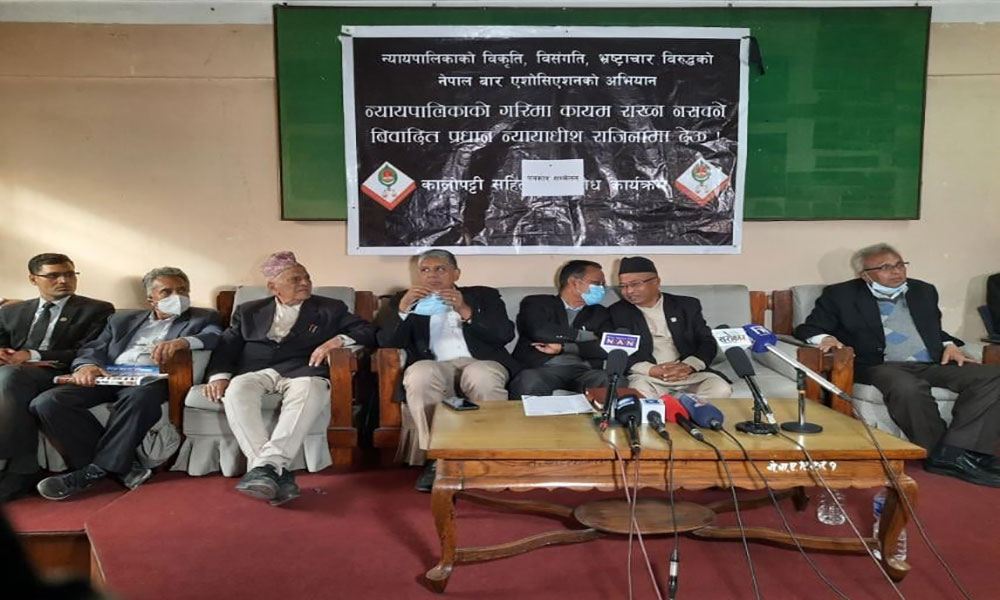 KATHMANDU: The Nepal Bar Association (NBA) has condemned police intervention in their peaceful protest and decided to intensify the protest.

Organising a press conference on Thursday, the Bar Association, an umbrella organisation of legal practitioners across the nation, has announced to intensify the protest after police intervened in the peaceful protest of lawyers.

NBA Chairman Chandeshwor Shrestha and central member Prakash Maharjan were injured in a clash that erupted between agitating lawyers and police personnel in the Supreme Court on Thursday.

NBA officials and members have expressed their dissatisfaction and outrage over the police interference in their protest which was organised to protect the judiciary.

The lawyers said that they would continue their protest until Chief Justice Cholendra Shumsher Rana tendered his resignation.