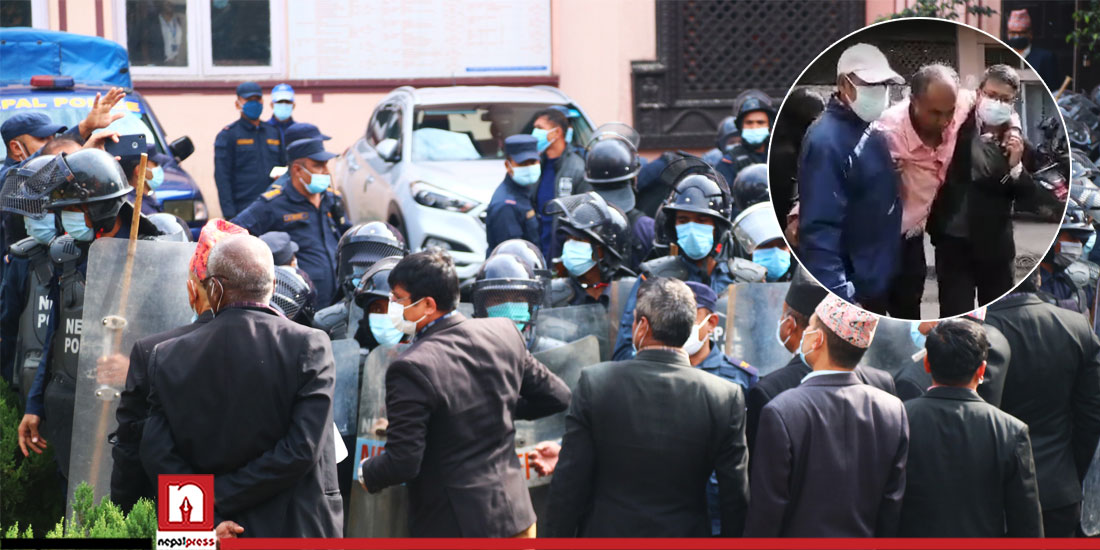 KATHMANDU: Nepal Bar Association Chairman Chandeshwor Shrestha and central member Prakash Maharjan were injured in a clash that broke out between the agitating lawyers and police personnel in the Supreme Court on Thursday.

The clash ensued after police used force to disperse the disgruntled lawyers from the entrance of the main gate of apex court where they were stating a sit-in demanding resignation of Chief Justice Cholendra Shumsher JB Rana this morning.

Shrestha and Maharjan sustained injuries to their head and they have been taken to the Bansbari-based Neuro Hospital for treatment. 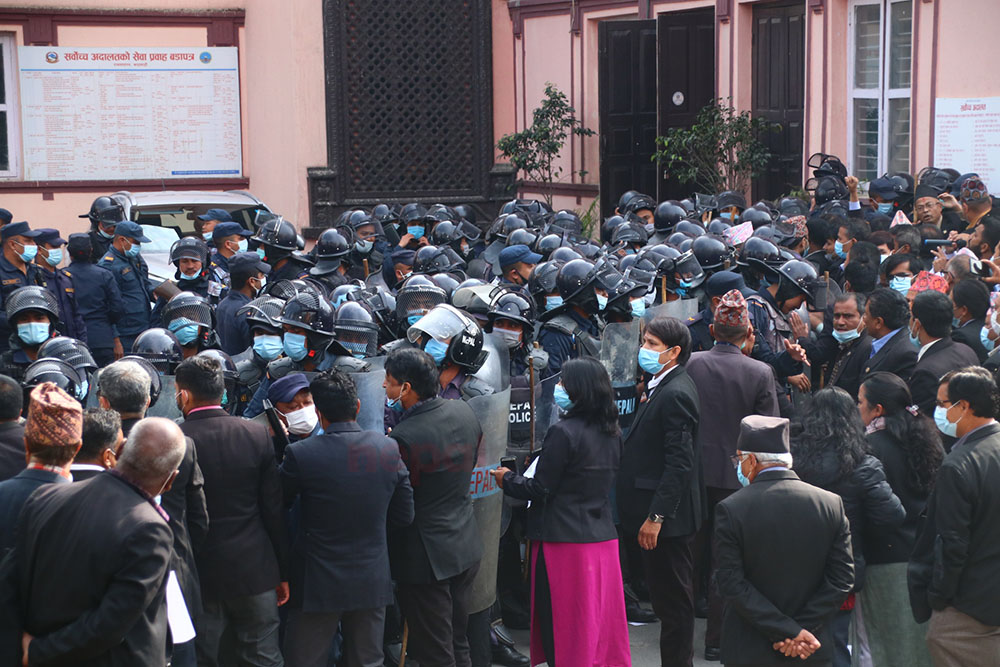 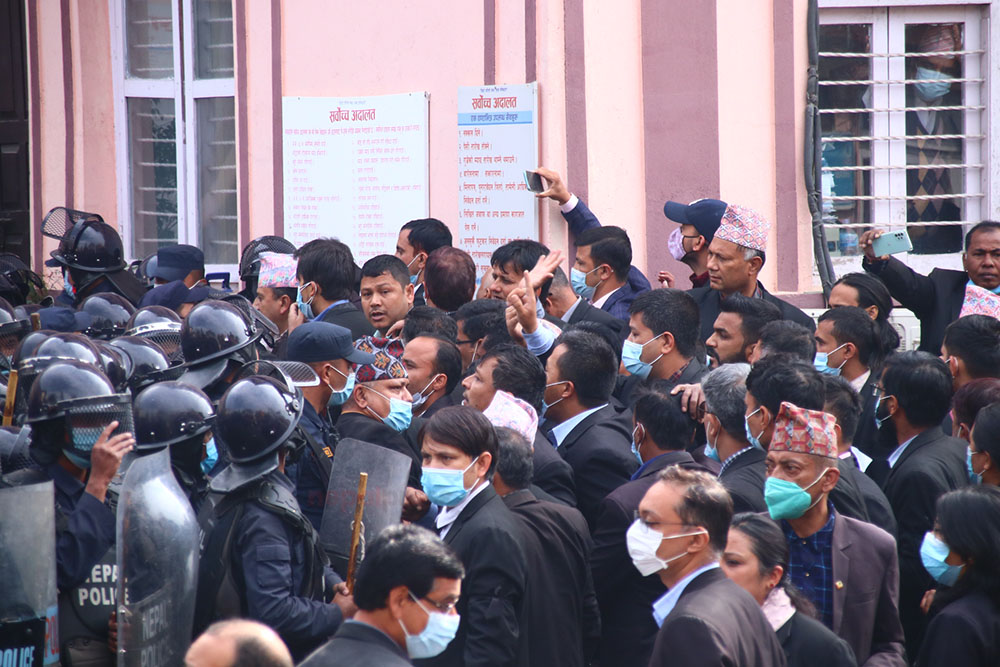