Property worth around Rs 355.5 million destroyed in Mugu fire 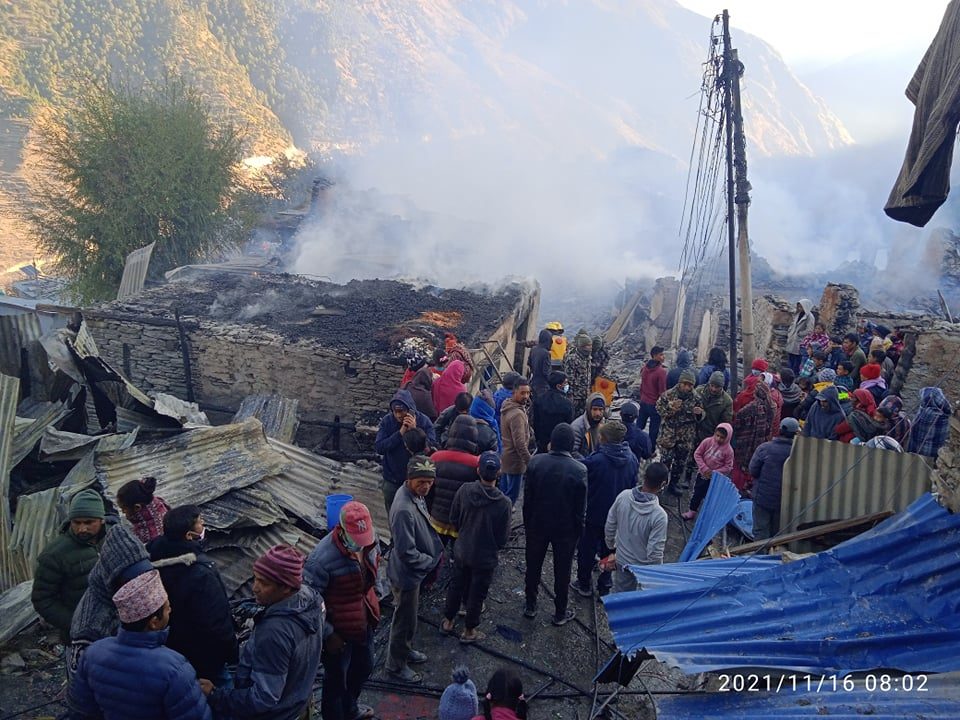 MUGU: Property worth around Rs 355.5 million was destroyed in the fire that broke out at Gamgadhi Bazaar, district headquarters of Mugu, on Monday.

According to information provided by the victim, at least 80 families were displaced in the incident, DSP Chitra Bahadur Bhattarai of the District Police Office, Mugu said.

Following the incident, a team led by Karnali Province Chief Minister Jeevan Bahadur Shahi along with relief materials had reached the incident site to take stock of the situation.