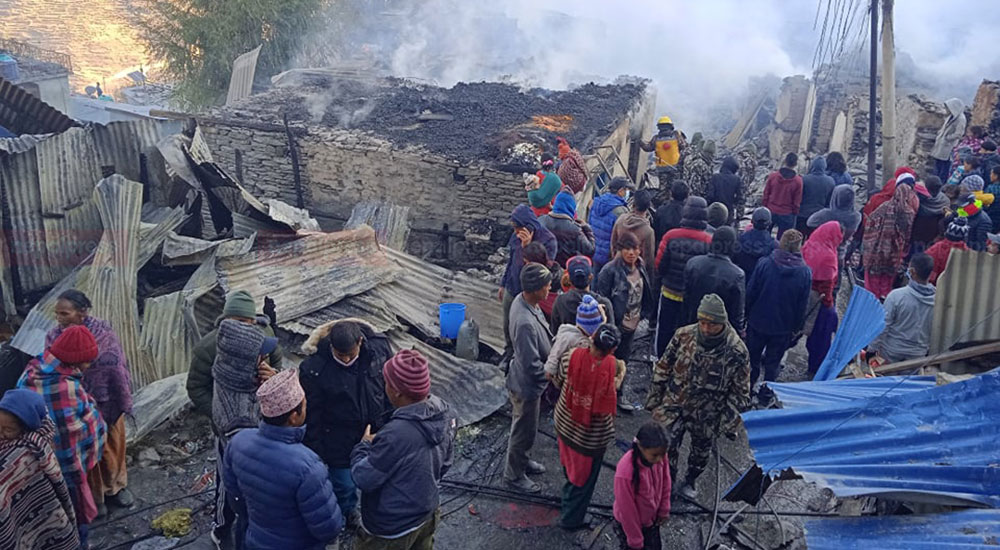 SURKHET: As many as 21 houses were reduced to ashes in a massive fire that broke out at Gamgadhi Bazaar, district headquarters of Mugu, on Monday.

Chief District Officer of Mugu Rom Bahadur Mahat said that the fire broke out at the main bazaar of Gamgadhi in Chhayanath Rara Municipality-1 last night.

Locals tried to douse the fire yesterday itself but to no avail, he said.

The damage could not be reduced as there was no fire engine in Mugu.

Chief District Officer Mahat said that the reason behind the blaze has not been ascertained yet.

Though there was no human casualty, property worth hundreds of thousands of rupees were destroyed in the fire.

The fire that broke out at around 11:30 pm yesterday was taken under control with the help of Nepal Police and Nepal Army personnel at around 4 am today. 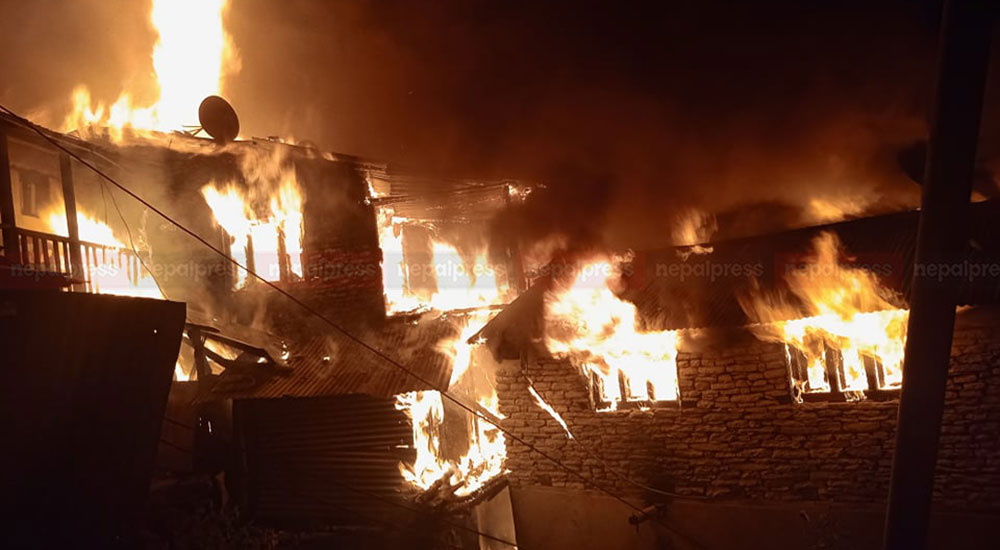 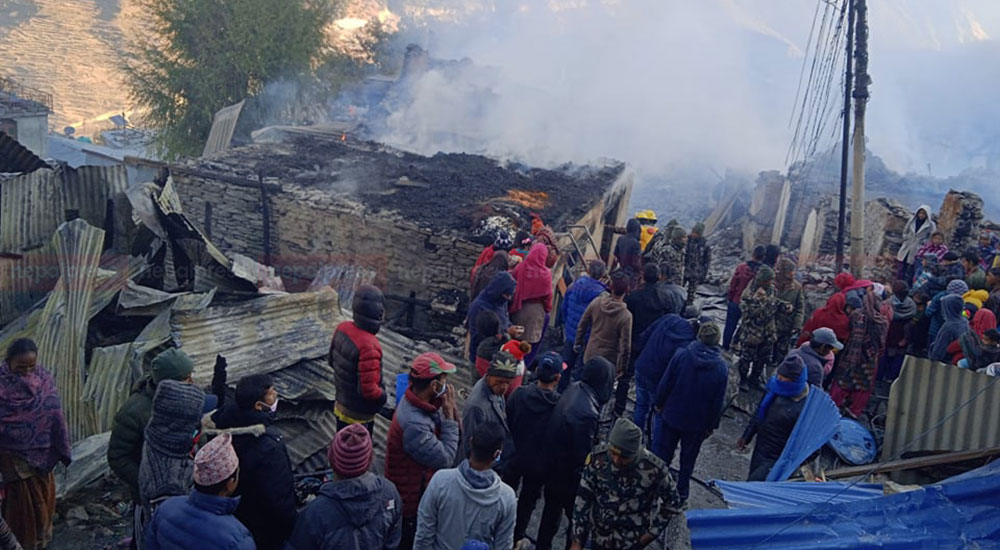 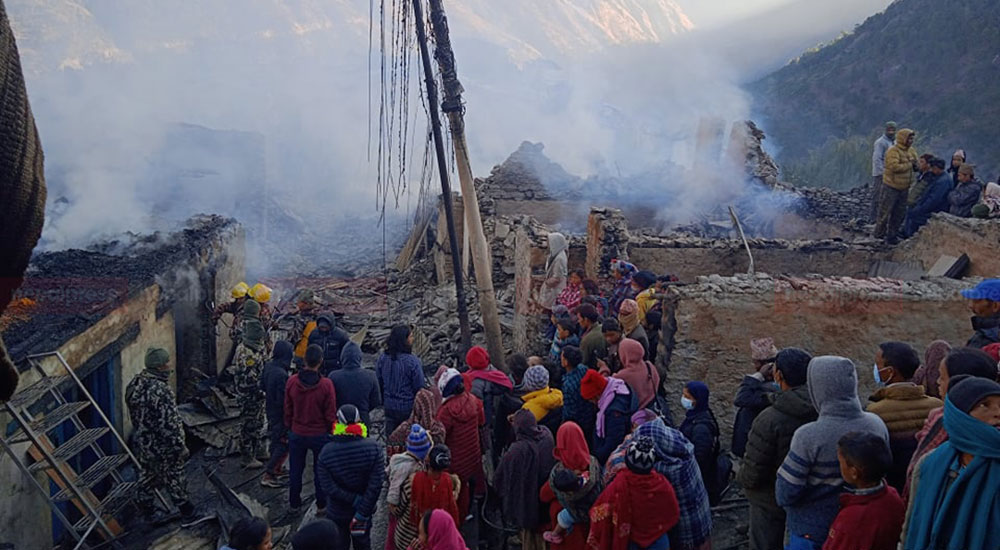