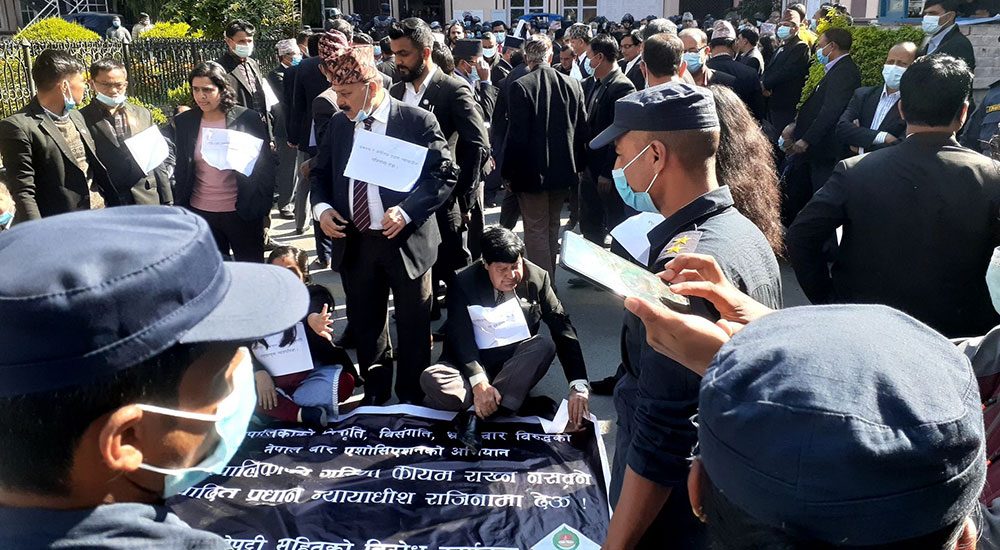 The lawyers, who have been staging demonstrations for the past 23 days demanding resignation of Chief Justice Cholendra Shumsher JB Rana, have been staging a sit-in at the main entrance of the Supreme Court since this morning.

The lawyers continued their protest even though the Netra Bikram Chand-led Communist Party of Nepal has called nationwide bandh today.

Issuing a statement on Monday, Chief Justice Rana had urged Nepal Bar Association, the umbrella body of lawyers across the nation, and justice of the Supreme Court to resolve the problems through talks.

The Bar Association, however, rejected the Chief Justice Rana’s call for talks and decided to continue the protest.

The lawyers have been staging demonstrations demanding resignation of Chief Justice Cholendra Shumsher JB Rana, who has been accused of seeking to appoint his brother-in-law as a minister in the Sher Bahadur Deuba-led government. 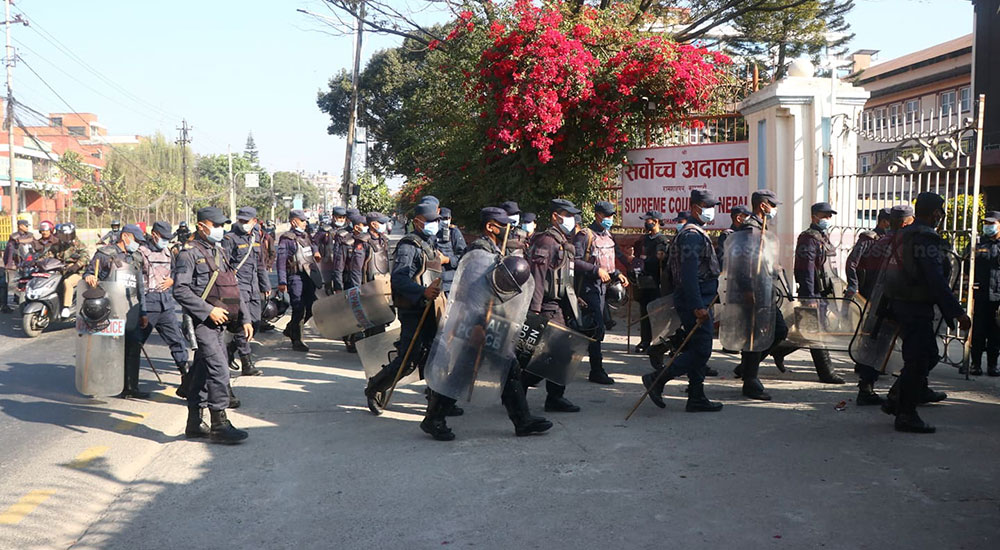