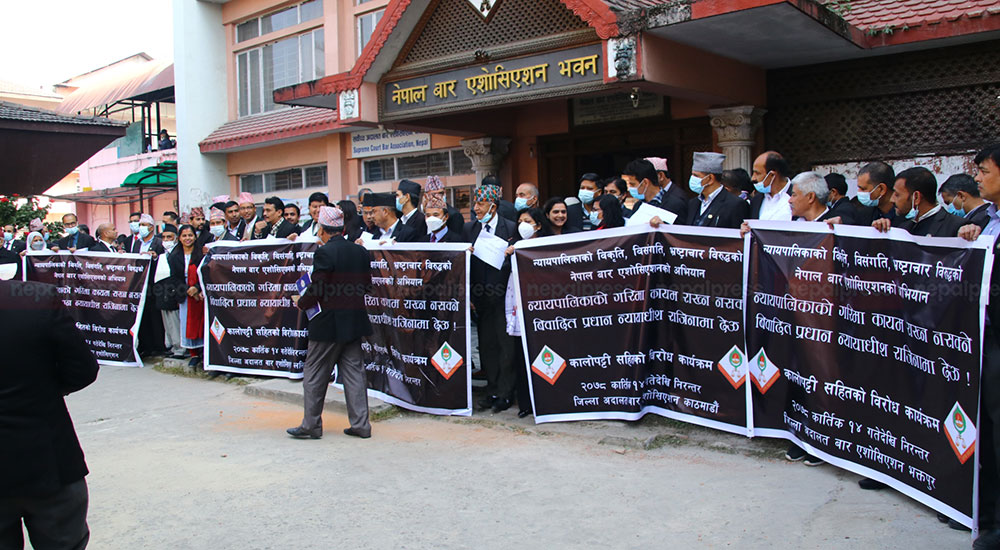 This is the third day in a row that lawyers staged a sit-in at the SC to prevent CJ Rana from entering the court.

The agitating lawyers are staging the sit-in at the main gate of the apex court by breaking up a security cordon.

A minor clash broke out between the disgruntled lawyers and police personnel when the former tried to break up the security cordon. 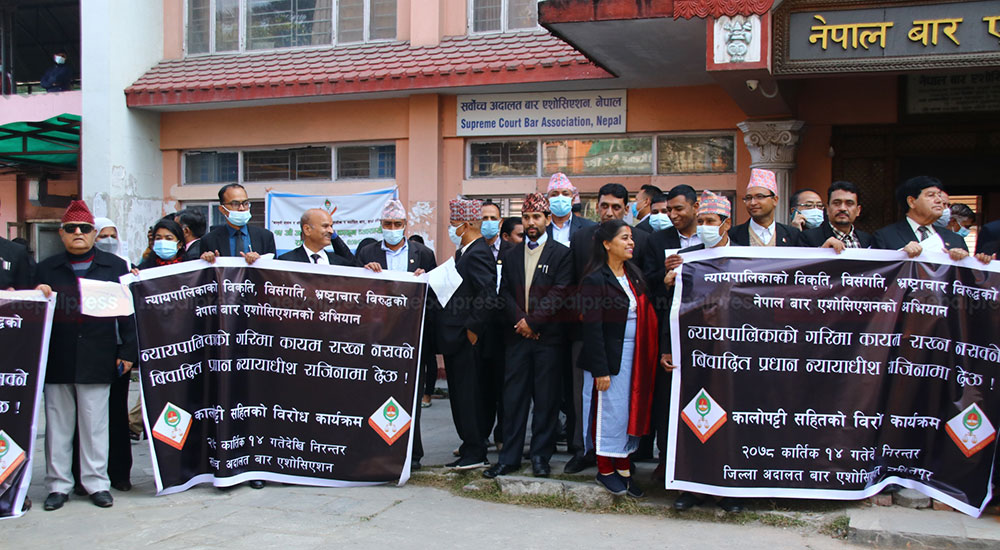 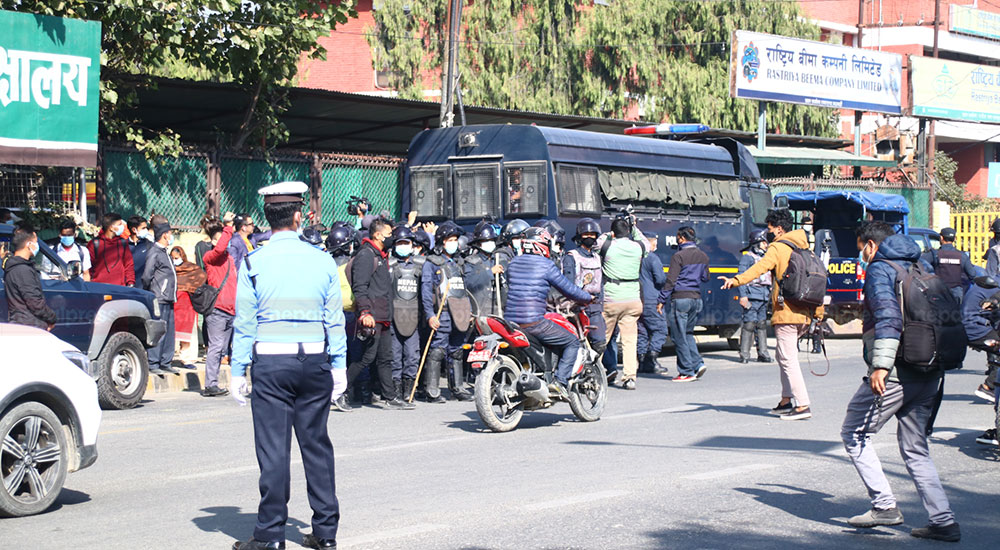 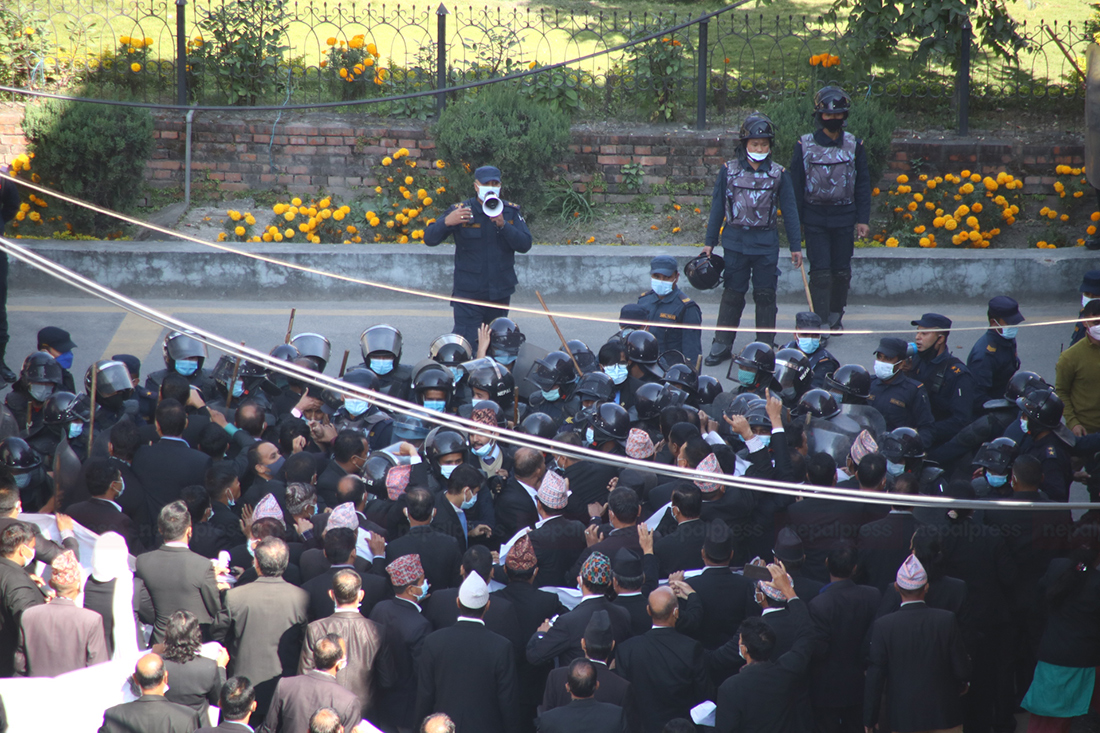 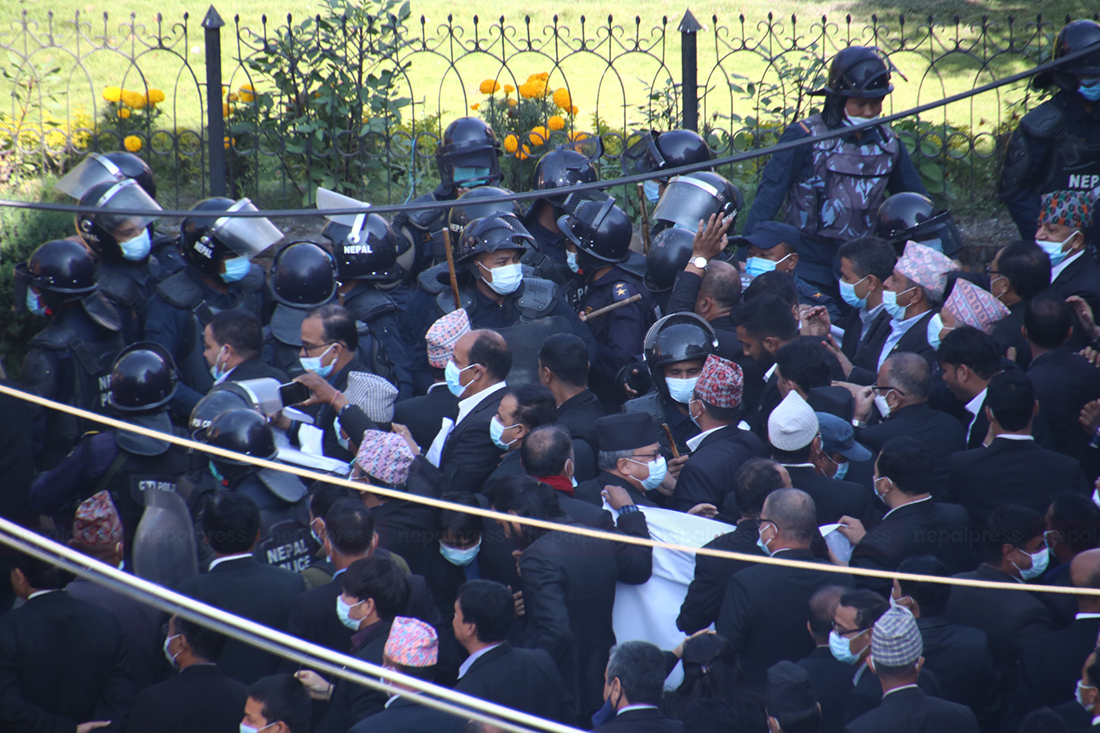 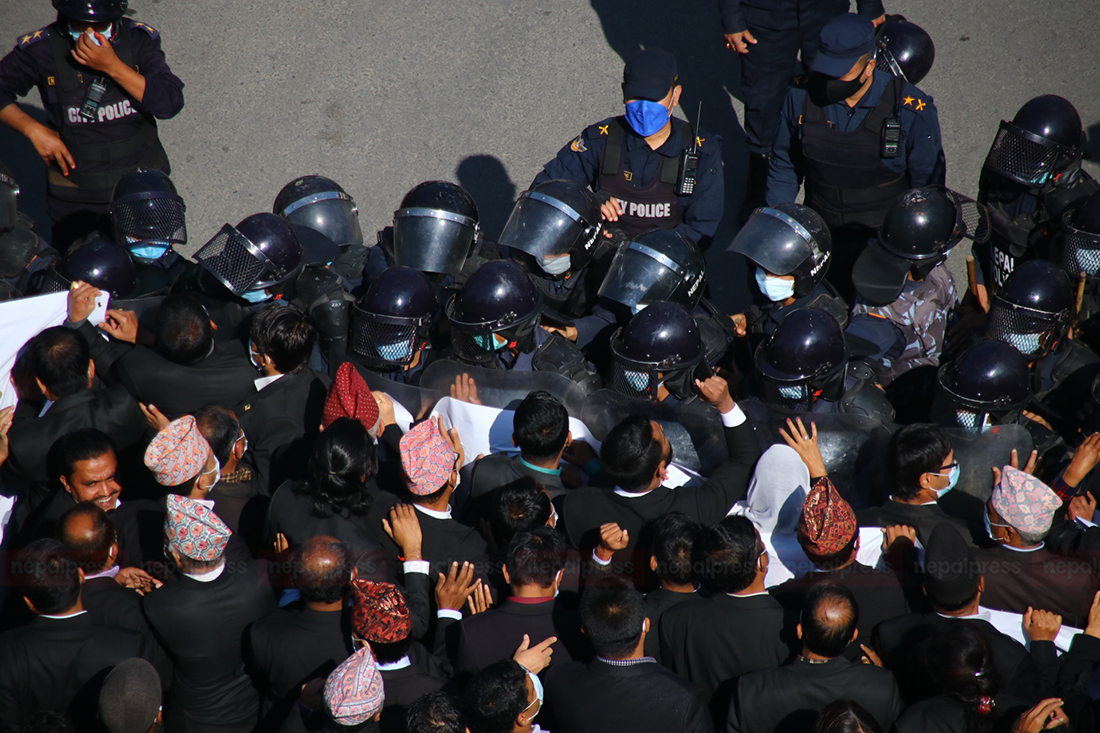 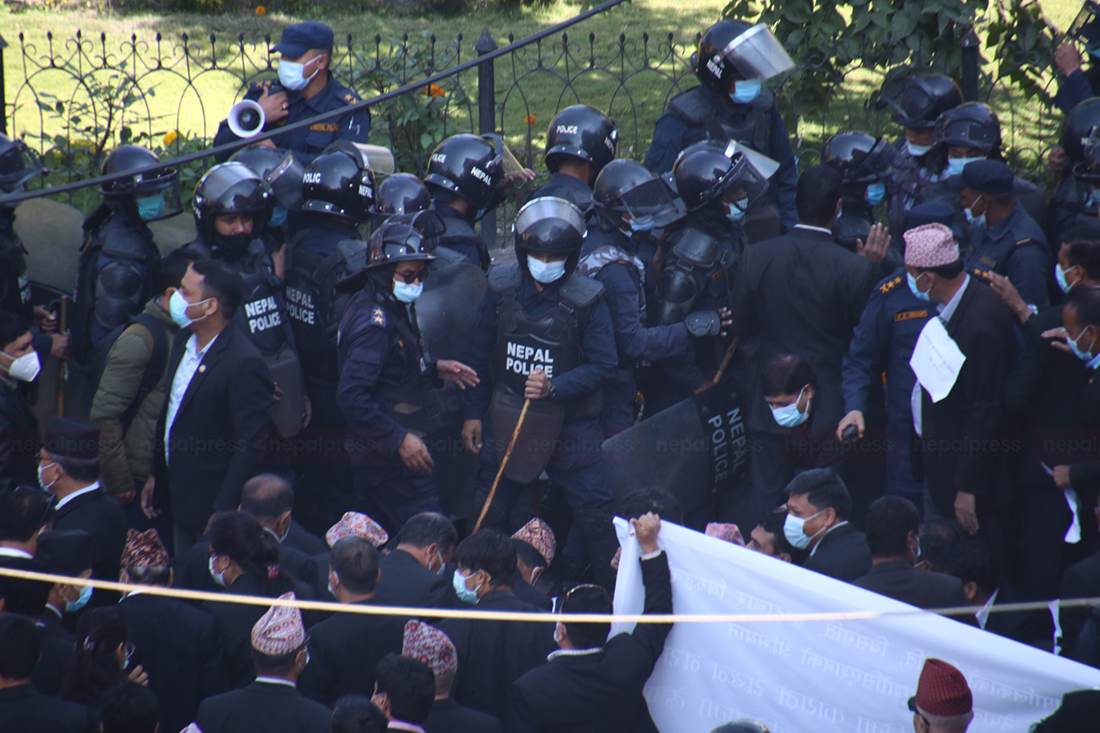 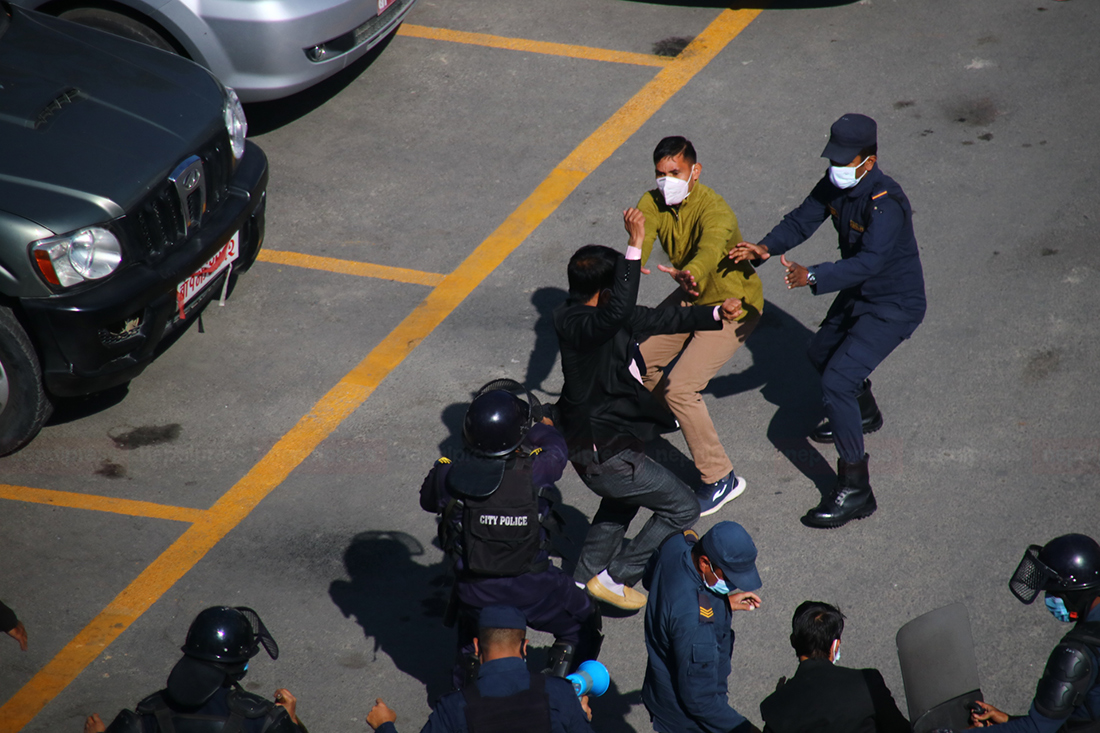 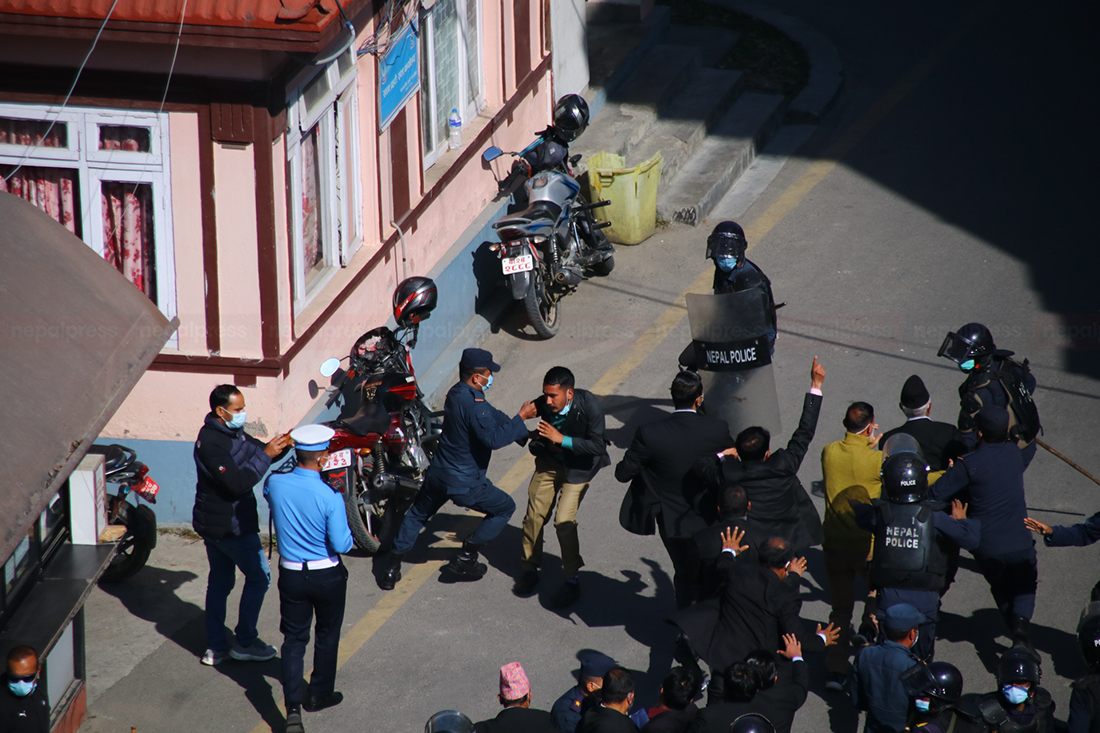