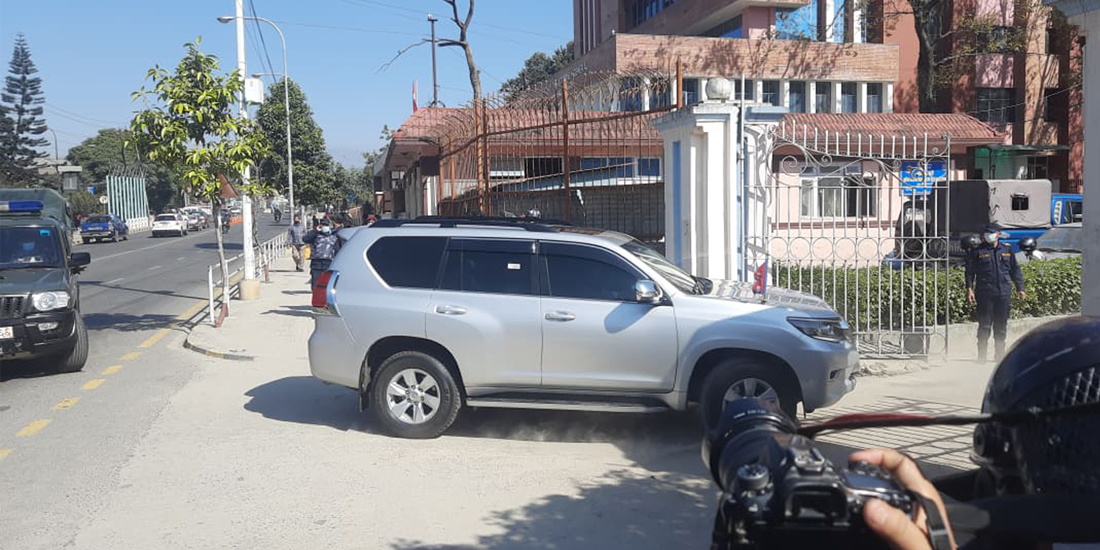 KATHMANDU: Chief Justice Cholendra Shamsher JB Rana reached his office despite the obstruction of Nepal Bar Association, the umbrella body of lawyers across the nation, on Sunday.

Chief Justice Rana entered his office amid high security as the lawyers continued their protest outside the apex court.

The disgruntled lawyers had earlier announced they would not allow the Chief Justice to enter the Supreme Court.

The Chief Justice, however, has been saying the he would not step down from his post.

He also formed 10 benches of lawyers apart from him to hear the cases.