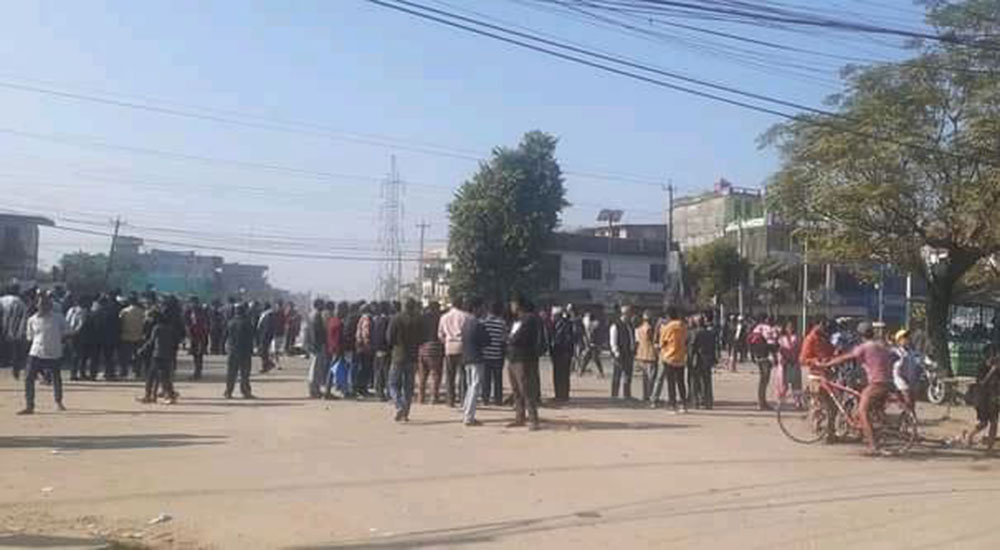 KAILALI: A youth died after he was attacked with a knife in Kailali on Tuesday.

The deceased has been identified as Bhupendra Baduwal of Lamkichuha Municipality-1.

Following the incident, kith and kin of Baduwal obstructed the East-West Highway since this morning demanding action against the culprits, the District Police Office, Kailali said.

Police said that Baduwal was attacked with the knife during a clash between two groups last night.

It has been learnt that he was attacked with the sharp weapon to settle the old score.

Meanwhile, police have arrested five persons for their alleged involvement in murder of Baduwal, DSP Pratik Bista of the District Police Office, Kailali said. He further said that they are searching for other people involvement in the incident.