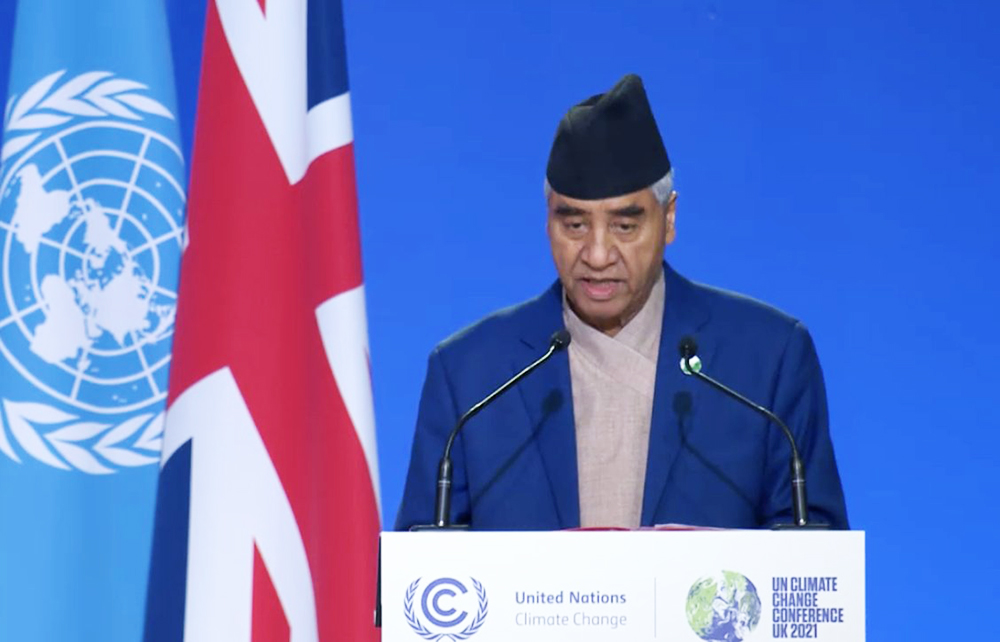 He said so while addressing the World Leaders’ Summit for the United Nations’ COP26 summit on climate change on Monday evening.

The UML had been accusing the new government of ignoring the works taken ahead by its government to organise Sagarmatha Sambad.

Prime Minister Deuba said that Nepal is preparing to organise Sagarmatha Sambad to send a message to the world about the impact of climate change on Hindukush Himalaya region among Mount Everest.

The Prime Minister was of the opinion that the lives of people living in the Himalayan region can be saved if the global temperature is limited to 1.5 degree Celsius.

Nepal had raised the issue of impacts of climate change on Himalayan region during the summit.