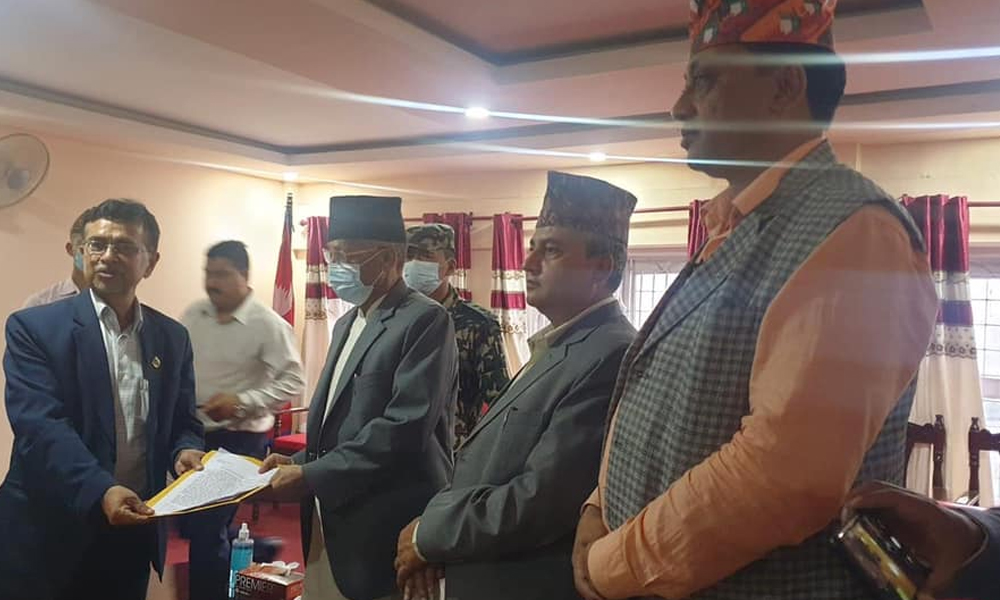 MAKWANPUR: Rajendra Prasad Pandey of the CPN (Unified Socialist) has claimed for the post of new Chief Minister of Bagmati Province before Bagmati Province Chief, Yadav Chandra Sharma on Wednesday.

Pandey submitted signatures of 59 province assembly members to claim for leadership of the new government in Bagmati Province this evening.

According to the Province Chief Secretariat, leader Pandey submitted his claim along with signatures and support of four political parties represented in the Bagmati Province Assembly.

Although Province Chief Sharma had determined 3:00 pm of October 28 as the deadline for the formation of a new government in line with Article 169 (1) of the Constitution, Pandey staked his claim for the post of the new Chief Minister.

Province Chief Sharma called for the formation of a new government after approving the resignation tendered by Chief Minister Astalaxmi Shakya today itself.(RSS)