There is nothing that should be amended in MCC, says PM Deuba 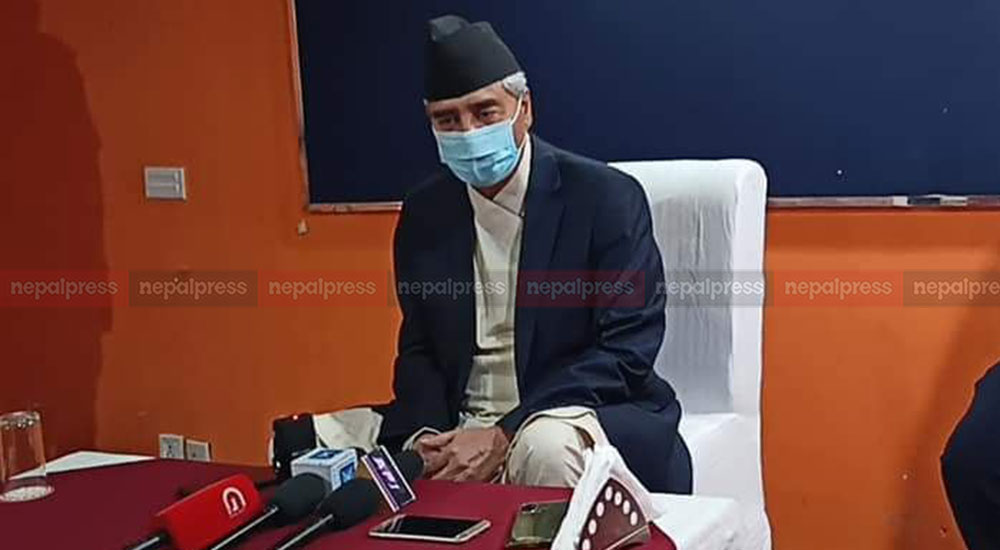 KAILALI: Prime Minister Sher Bahadur Deuba has reiterated that the Millennium Challenge Corporation (MCC) should be endorsed from the Parliament at the earliest.

Speaking at a press conference organised in Dhangadhi on Friday, Prime Minister Deuba, who had reached Far-Western Region to inspect the devastation wreaked by floods and landslides triggered by unexpected autumn rains  on Thursday, said that the MCC is a project based on grant and is not above the Constitution of Nepal. Hence, he urged all the people not to harbour doubt on the MCC.

“MCC will be endorsed. There is nothing that should be amended in the MCC. Some elements are spreading false rumours and misinformation about the MCC,” the Prime Minister said, adding,”International law will be implemented rather than the law of Nepal in the grant assistance provided by the World Bank and Asian Development Bank. But, MCC is the grant assistance. They have been saying that the Constitution of Nepal will prevail over the MCC Compact.”

Earlier on Thursday, the Prime Minister had said that the United States is ready to amend some provisions of the MCC.

The MCC is a $500million grant for a specific project to upgrade Nepal’s electricity transmission grid and road networks.

Meanwhile, the Prime Minister has expressed his assurance to bring in reconstruction projects and to provide long-term relief to the flood and landslide affected people.

A freak torrential rain this week unleashed deadly floods and landslides, especially in the Far-Western Region of Nepal.

“Floods, landslides and inundation have caused huge human casualties in Far-Western Region. The disasters also damaged the private and public infrastructure. Roads in various places have sustained damages,” he said, adding, “The natural calamities have also caused widespread damage to ready-to-harvest crops. The damages caused by floods and landslides in the Far-Western Region is comparatively higher than the Eastern Region. I will also go to the Eastern Region. The government is carrying out rescue operations and also providing relief to the affected people.”