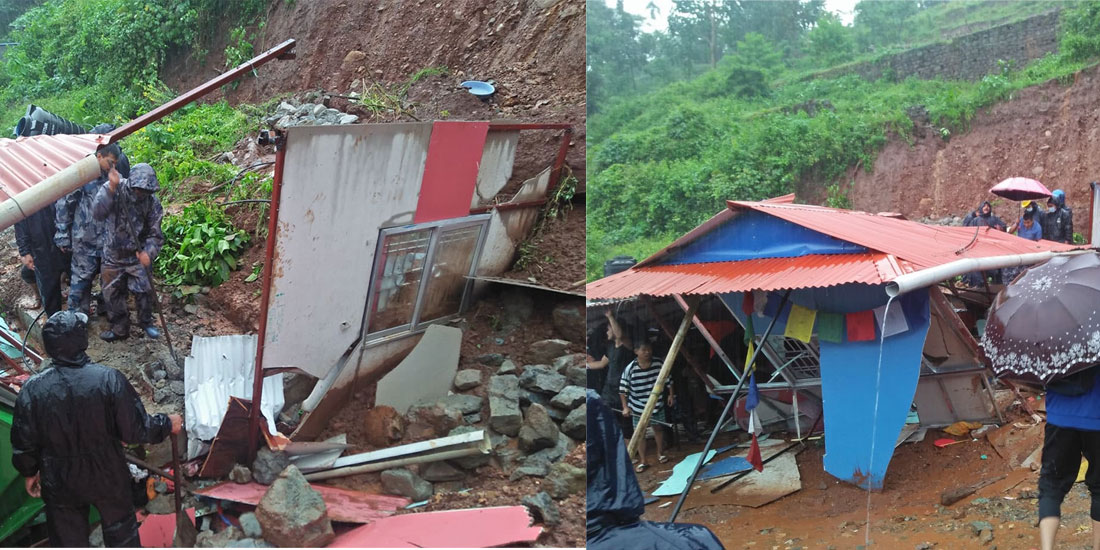 SUNSARI: Two children died after a landslide triggered by incessant rainfall buried their house in Dharan.

The deceased have been identified as Nishu Rai (8) and Nihan Rai (4), children of Nishran Rai, of Nageshwor Marga, Dharan Sub Metropolitan City-13, Sunsari.

The incident occurred at around 2 pm today, police said.

A police team from the Area Police Office, Dharan was deputed soon after they got the information.

The deployed police personnel retrieved the bodies of the children debris at around 3 pm today.

Also Read: People stranded on island in Mahakali River being rescued by chopper