Ason markets crowded with people, but sales are not as good as expected 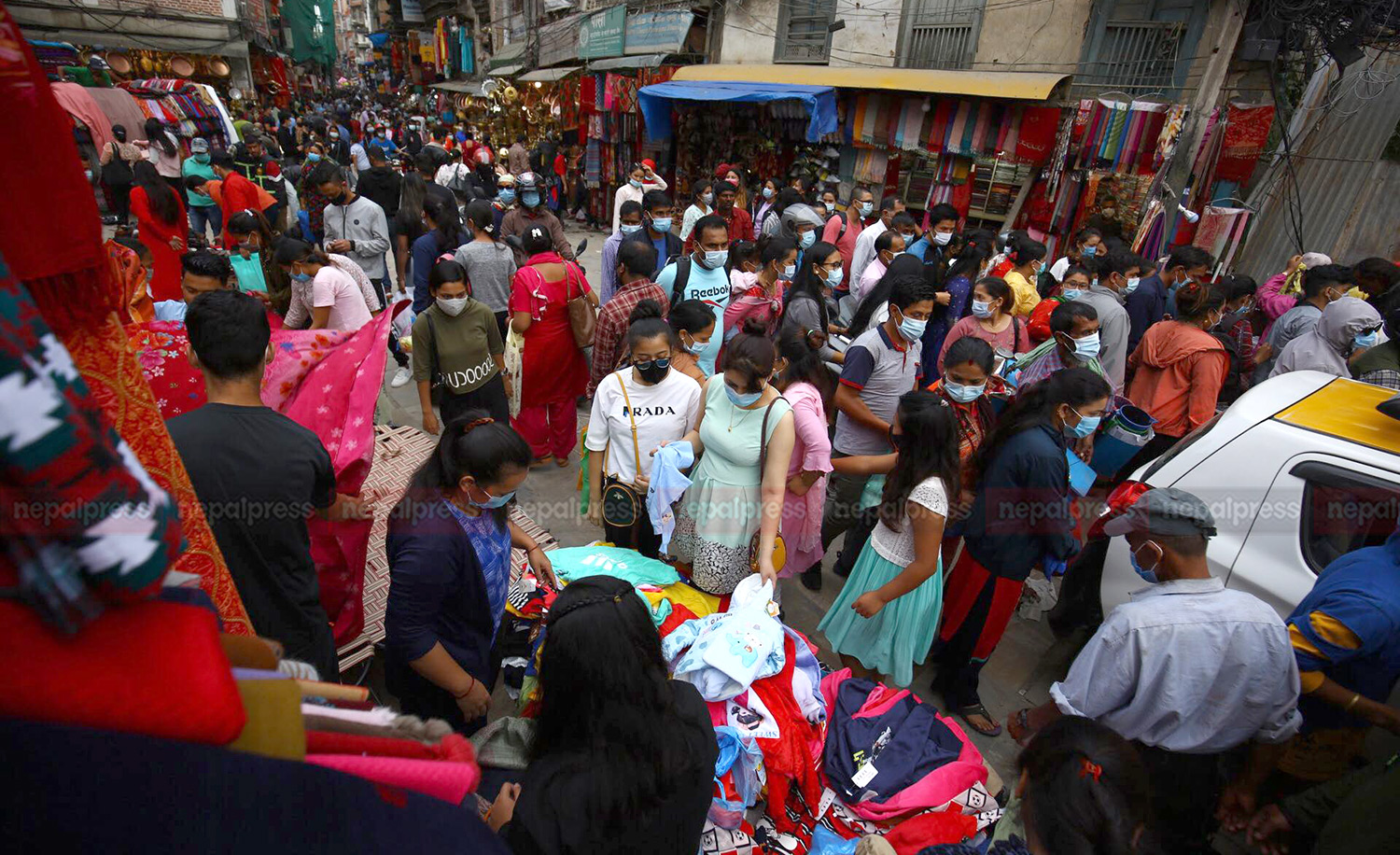 KATHMANDU: With less than a week away for Dashain, marketplaces around New Road, Indra Chowk, Mahaboudha and Ason are crowded with people shopping for clothes and other necessary items for the biggest festival of Nepal.

People have been swamping markets in major places of the Capital since early morning to late evening.

But, Saurav Shakya, who owns a cloth shop at Indrachowk, said that there is not that much progress in the sales of clothes. “Though the markets have been witnessing a large number of people, the sales have not increased as expected,” he said.

He said that the markets have been seeing an increased mobility of people as two or three members of a family visit the markets to buy clothes for a person or to buy other household goods.

Earlier on Saturday, Suja Adhikari of Bhaktapur had gone to Ason to buy necessary items for Dashain but she returned home without doing shopping owing to the crowd.

“It took me two hours to cross the crowd. I returned home empty handed as I could not choose clothes and other goods due to the crowd,” she said.

Not only in shops, there was a crowd on the footpaths as well. A large number of people were seen shopping on footpaths rather than malls.

Traders and customers said that people have been attracted towards footpath shops of late as they can buy clothes and other items at a reasonable price.

“The sales have increased tremendously because of Dashain. I have been selling clothes of around Rs 20,000 to 30,000 every day for the past one week,” Raj Barayeli of Sindhupalchok, who has been operating a footpath shop near Bishal Bazaar for the past five years.

But, some jewellery shops are not even getting a single customer throughout the day. People have not been showing interest to buy gold and silver jewelleries because of the rise in the price of gold and silver even though the biggest festival like Dashain is around the corner.

The traders said that the business was hit hard last year due to the pandemic and the subsequent lockdown. 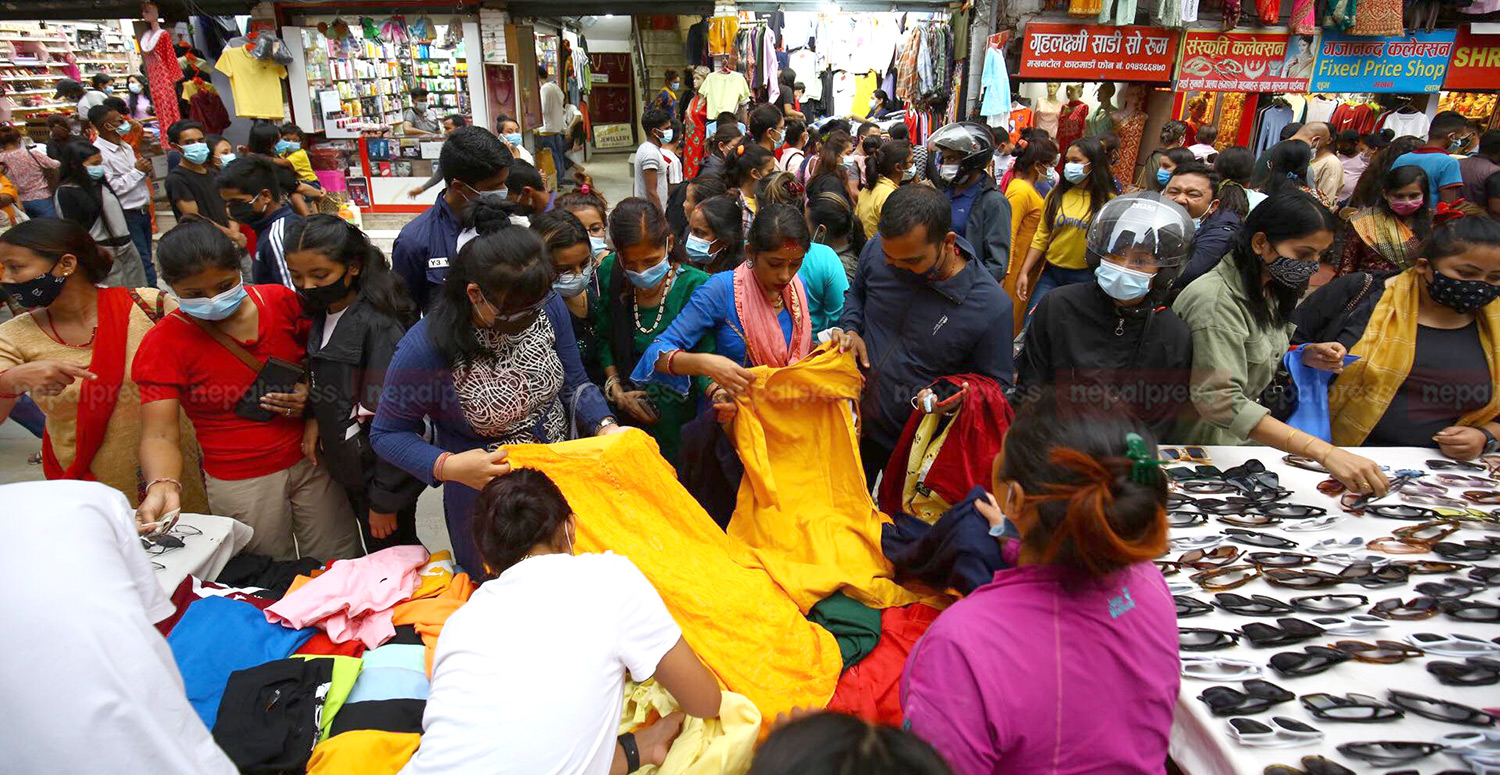 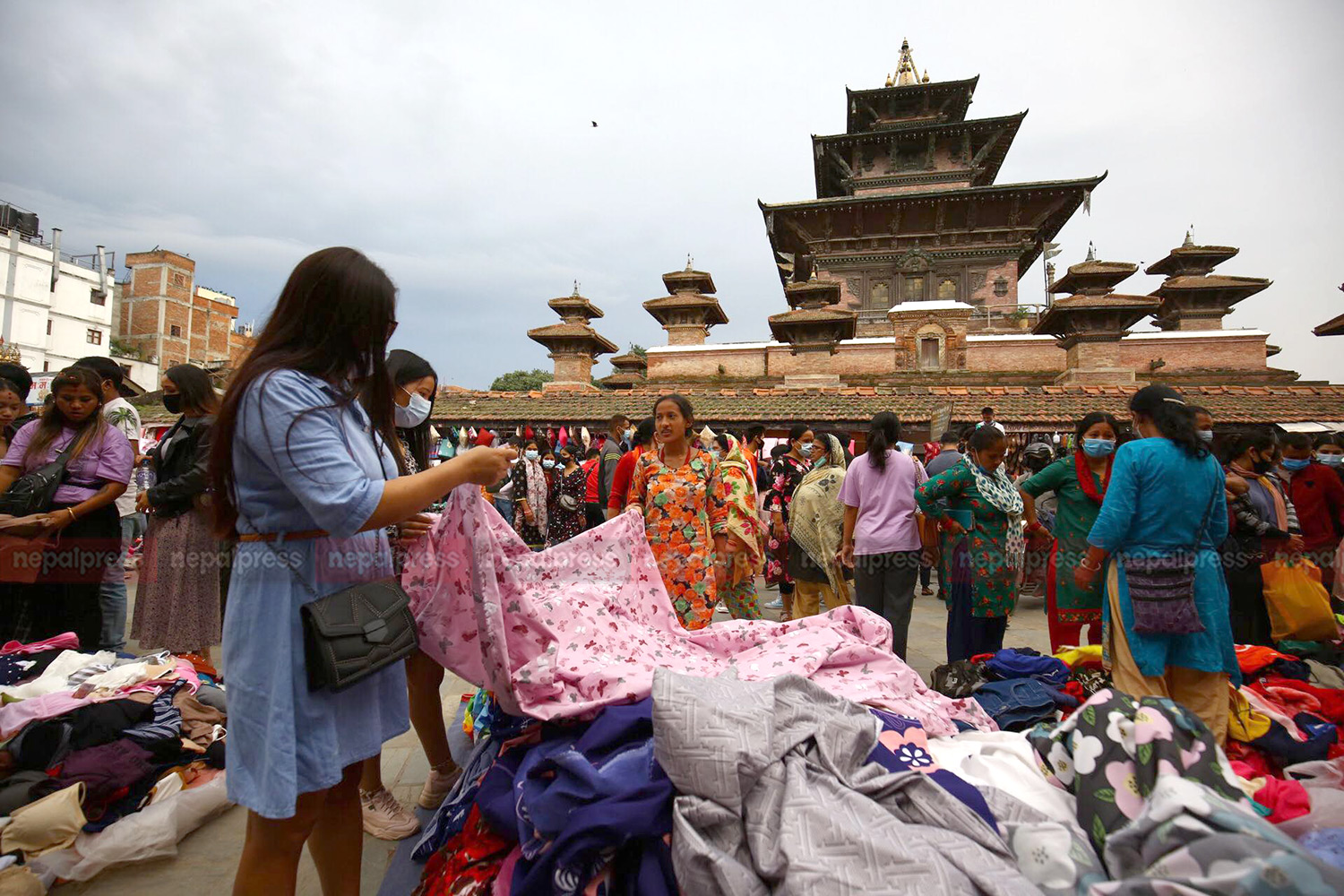 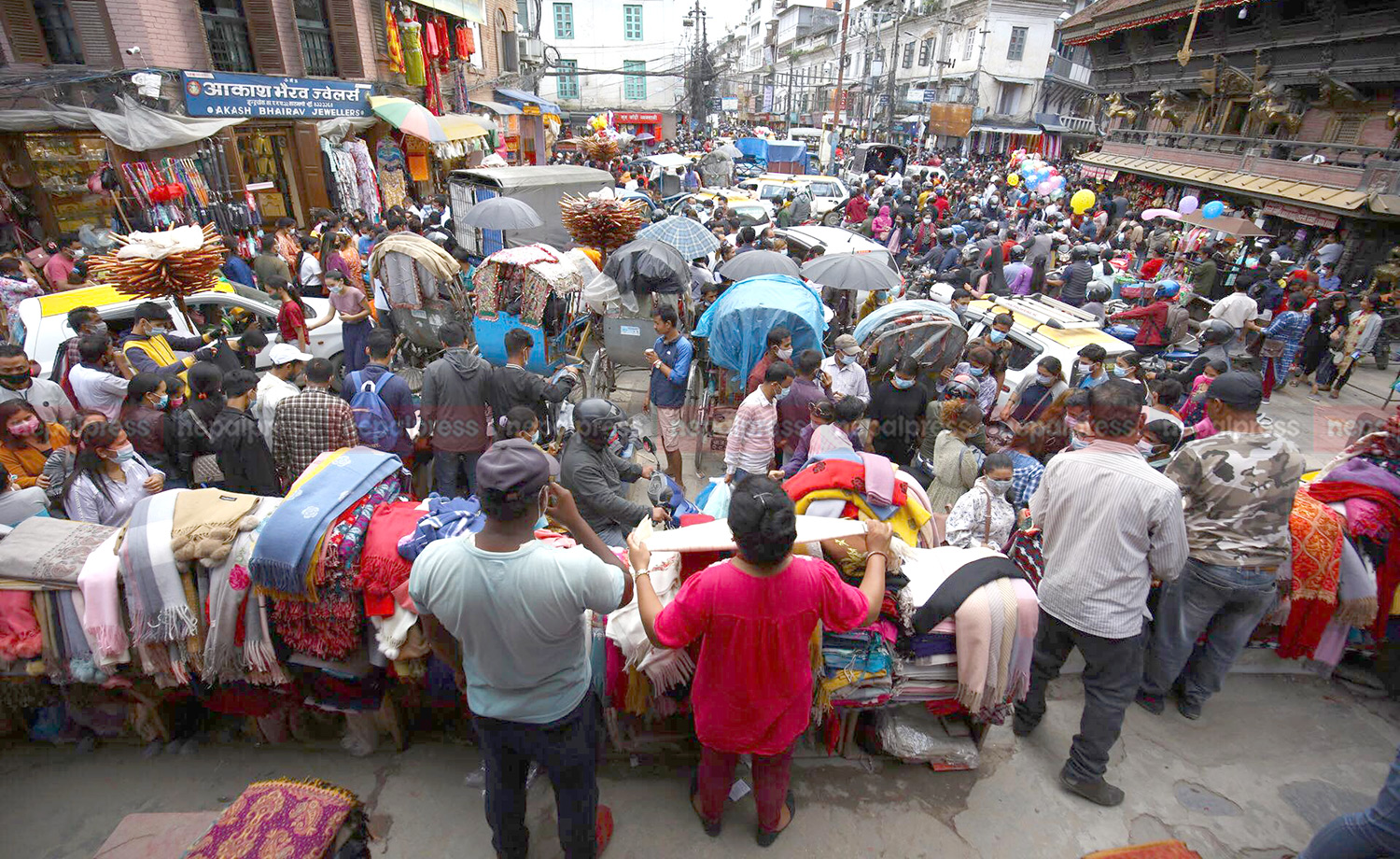 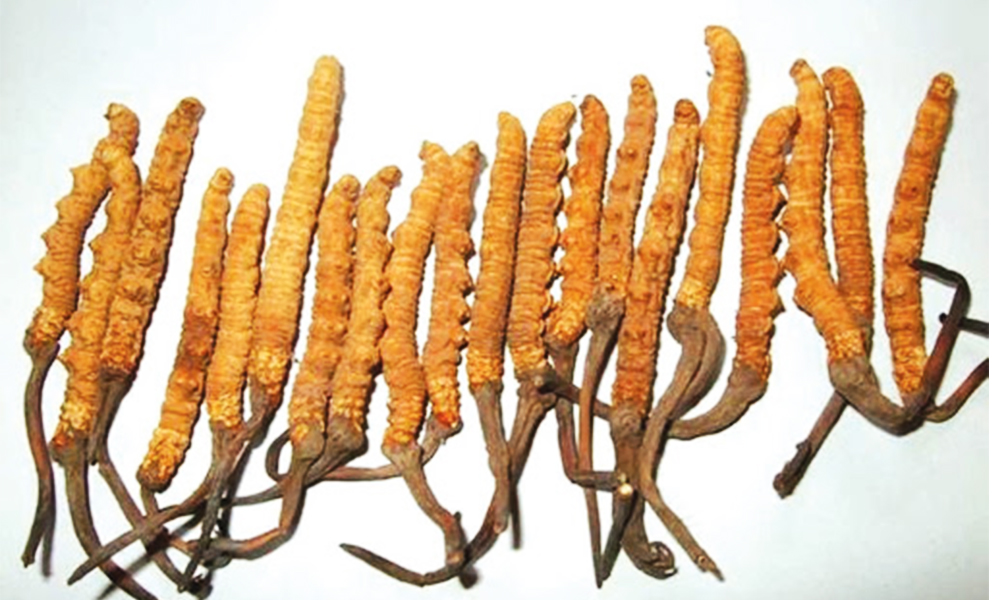 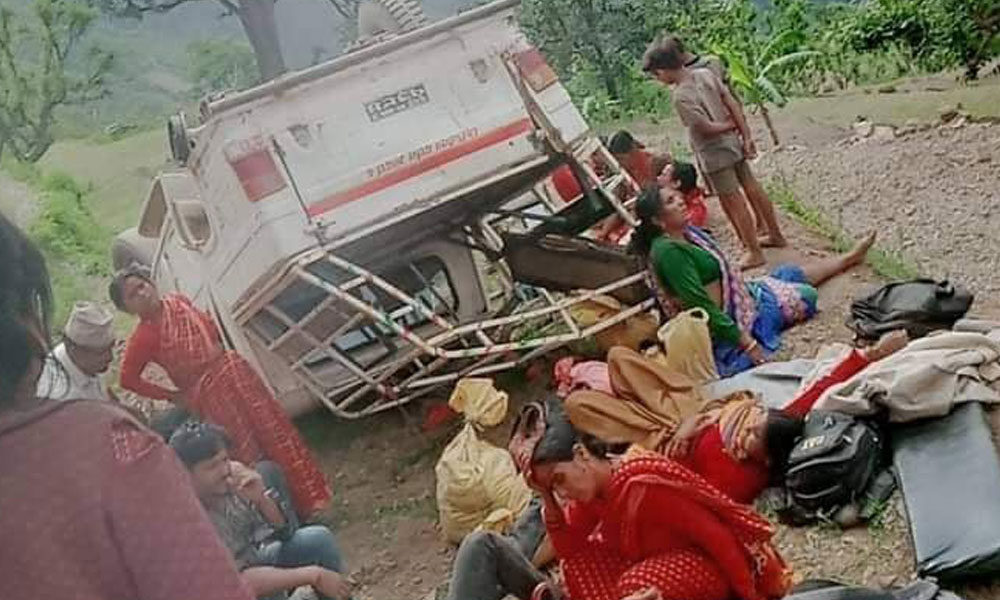