Nepal to raise issues of mountains, melting of glaciers at UN climate summit 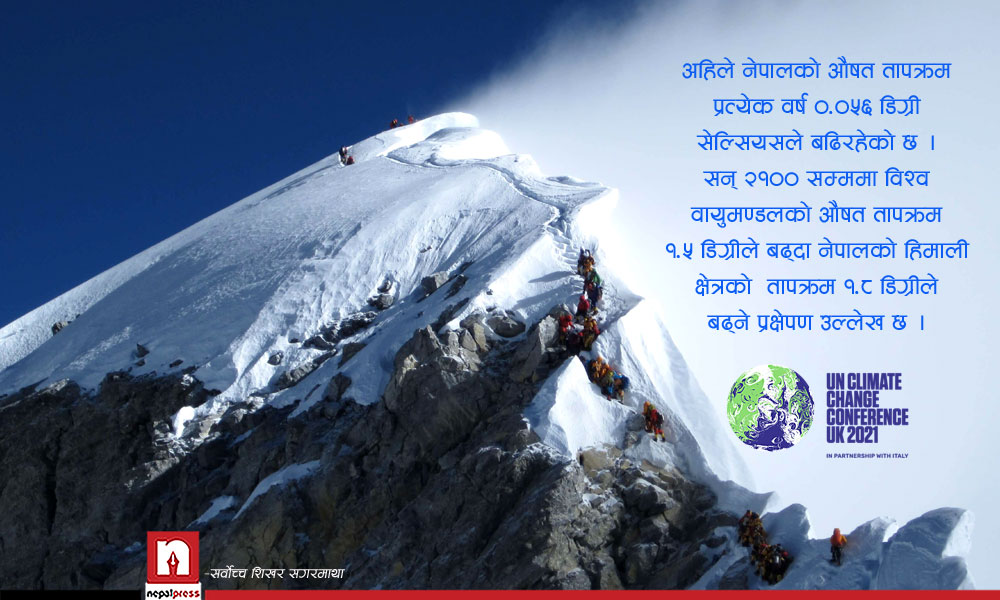 The main objective of his visit to Mustang was to study how developing countries like Nepal are bearing the brunt of carbon dioxide emitted by the developed countries.

After reaching Jomsom of Mustang, he studied the effects of climate change on the Himalayan range.

“It is a great injustice for countries like Nepal which produces less carbon dioxide. It is essential to work on the issue at the earliest,” he said.

Saying that Hindu Kush-Himalaya Mountains are the source of freshwater for 1.6 billion people and Himalayas of Nepal provides water to around 400 million people, he said that all should join hands together to protect the Himalayas.

British Ambassador to Nepal Nicola Pollitt, who accompanied Sharma to Mustang visit, said,”COP-26 President Sharma himself saw the grave effects of climate change on mountains, biodiversity, and communities of Nepal.” 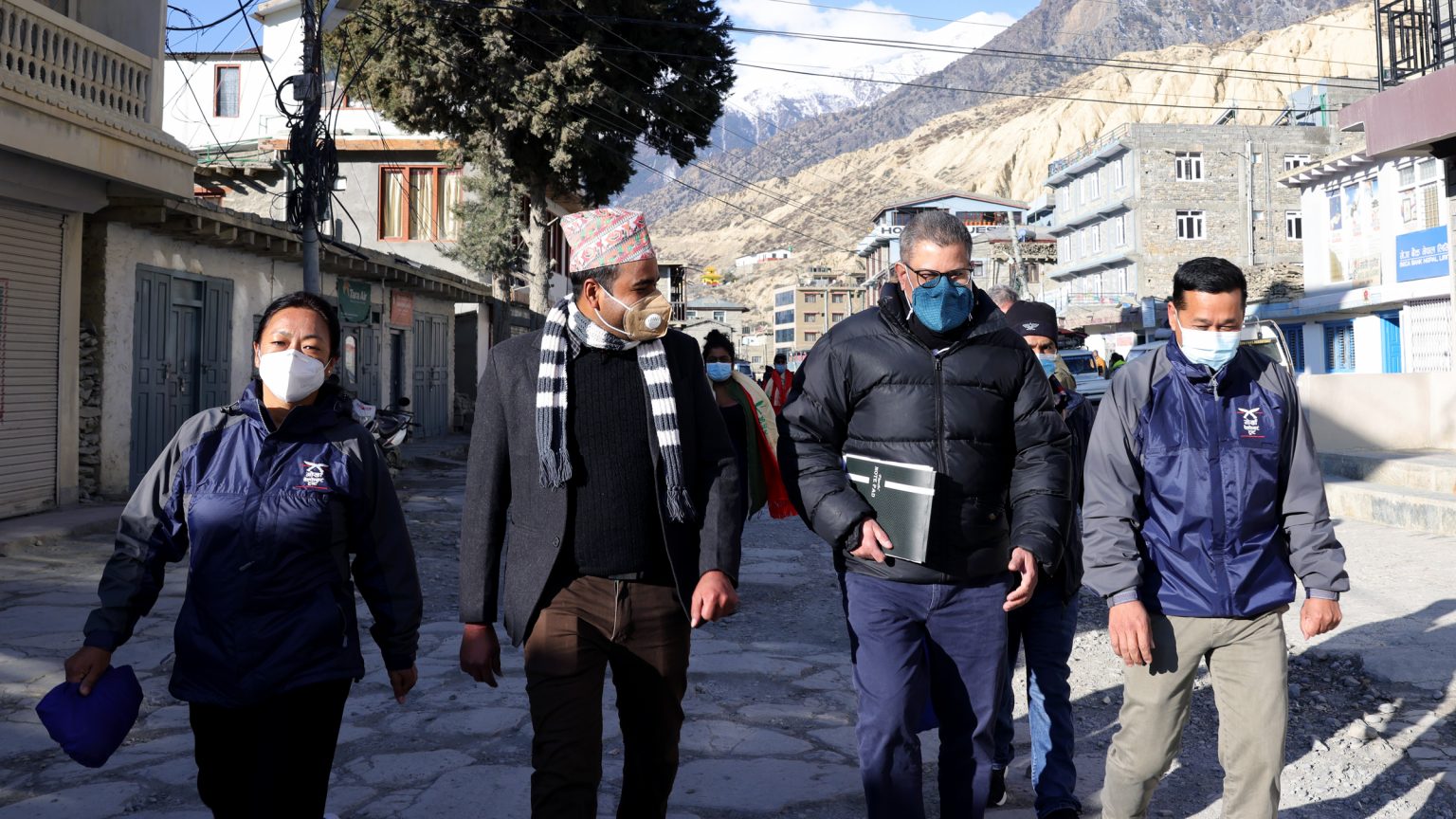 During his visit to Nepal, President Sharma assured mediapersons that he will raise the voice of Nepal and Hindu Kush-Himalaya Mountains in the COP26 conference.

He was of the opinion that not only Nepal, all South Asian countries will be affected by the emissions of carbon dioxide.

Sharma said that the emissions of carbon dioxide will directly affect around 40 million people of South Asia.

COP26 Regional Ambassador to Asia-Pacific and South Asia, Ken O’Flaherty, during his visit to Nepal this week, also expressed the same thing as that of Sharma.

During a meeting with Prime Minister Sher Bahadur Deuba on September 24, the Ambassador showed interest over Nepal’s preparations and issues to be raised in the COP-26 conference. 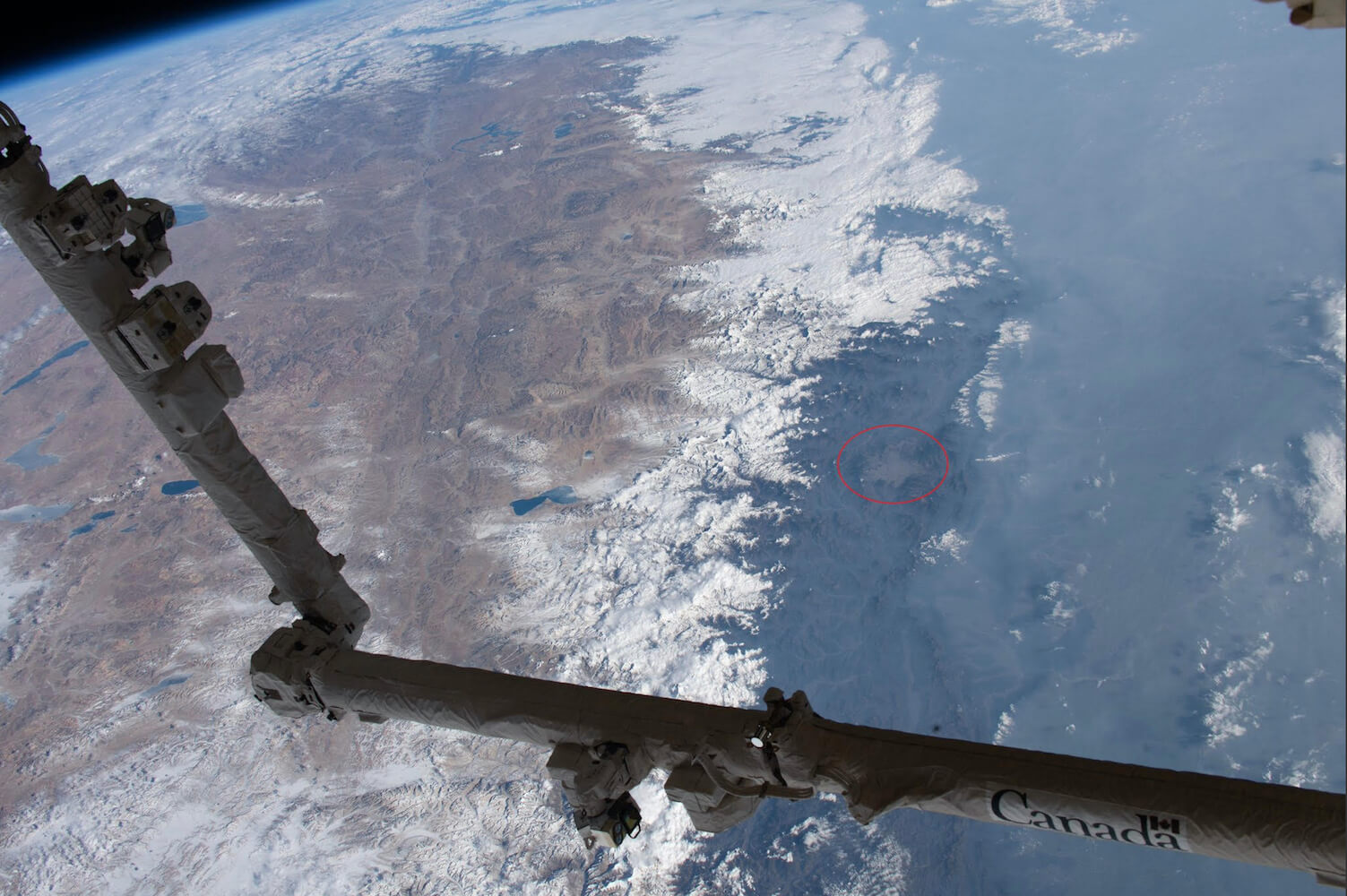 While addressing the 76th session of the United Nations General Assembly on Tuesday, Foreign Minister Narayan Khadka said that Nepal is a house of 13 of the world’s 14 peaks taller than 8000-meters with great interest in climate change.

“Nepal is at the sharp end of climate change despite its negligible share in greenhouse gas emissions,” Minister Khadka said, adding, “On our part, we reiterate our commitment to delivering climate-resilient development pathways by 2030 and net-zero emissions by 2050.”

The conference will be held in Glasgow, Scotland from November 1 to 8.

Prem Narayan Kandel, Secretary at the Ministry of Forest and Environment said that a high level delegation led by Prime Minister Deuba will take part in the conference. 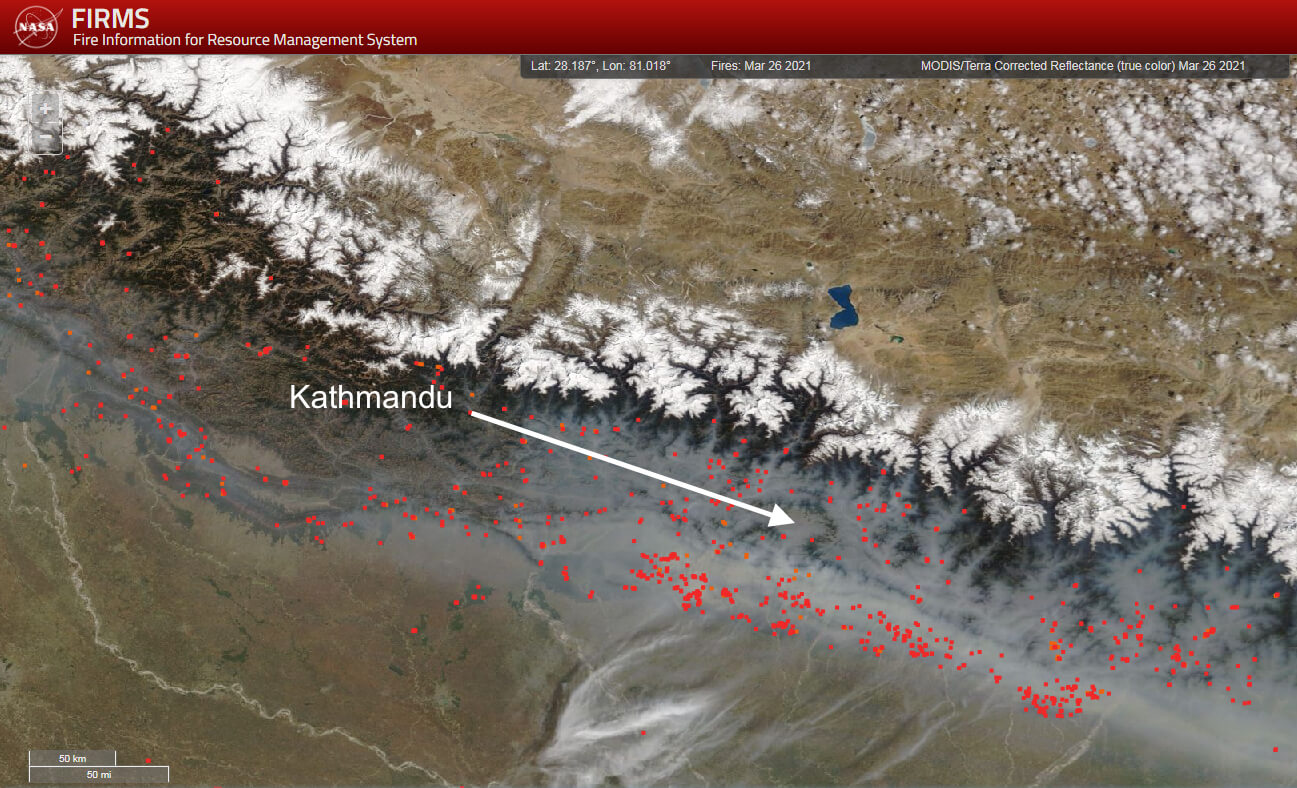 Nepal is preparing to raise the issue of impacts of climate change in the mountain region as a major problem in the United Nations Climate Change conference.

Prime Minister Deuba will present the issue of impact of climate on the ecosystem and economy of the Himalayan range.

Similarly, Nepal is preparing to raise the issue of impact of climate change, search of resources for the implementation of nationally determined contribution (NDC) report and emissions of carbon dioxide among others in the conference, the Ministry of Forest and Environment said.

Nepal along with other countries has already submitted its NDC report in December 2020 to implement the agreement reached to reduce greenhouse gas emissions by 2050 as per the Paris Agreement of 2015.

Radha Wagle, chief of the Climate Change Management Division, said that the issue of searching the source for the implementation of the report will also be one of the topics for the conference.

The Intergovernmental Panel on Climate Change has already warned that global warming will reach 1.5 degree celcius between 2030 and 2052 if it continues to increase the current rate.

Making public a scientific report in July, the IPCC said that the temperature will rise at this rate a decade earlier than scientists had predicted.

The report has said that melting of glaciers and mountains are the main reasons behind the increase in temperature.

According to a study carried out by the Department of Hydrology and Meteorology, the average temperature in Nepal is increasing by 0.056 degree Celsius every year. According to a study conducted in 2017, temperatures are rising by 0.086 degree Celcius in the Himalayan region and 1.7 degree Celcius in the Langtang and Imja valleys. Himalayan peaks are warming between 0.3 to 0.7oC faster than the global average.

47 glacial lakes in danger of bursting 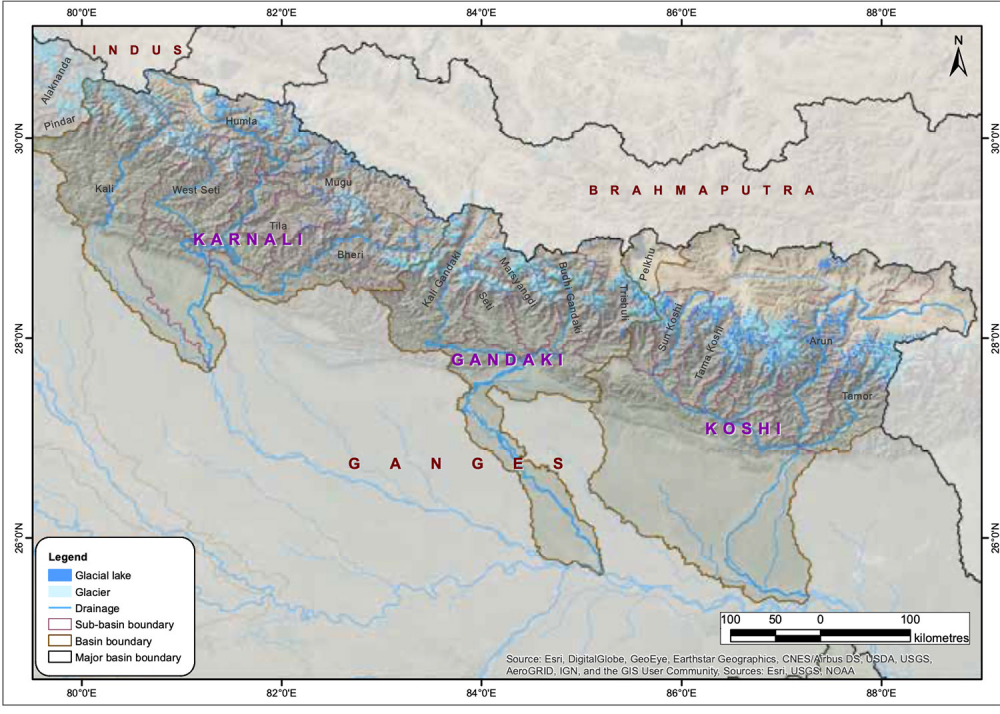 According to a study carried out by International Centre for Integrated Mountain Development (ICIMOD) and United Nations Development Programme (UNDP), 47 glacials lakes of Tibet, Nepal and India are in danger of bursting. Likewise, the study concluded that the glaciers in Langtang, Annapurna and Khubu areas are drying out gradually.

Nepal, Tibet and India have found 3,624 glaciers in the river basins.  Of the 47 lakes which are at risk of bursting, 42 are in Kosh, three in Gandaki and two in Karnali river basins of Nepal.

The study has enlisted 25 potentially dangerous glacial lakes in Tibet of China and 21 are in Nepal and Tibet. Director General of ICIMOD David Molden said that glaciers and glacial lakes considered as the source of freshwater are at risk of climate change.

“Glaciers and glacial lakes are melting at an unprecedented rate,” he said in a journal published by ICIMOD, adding,”This has affected the flow of rivers and the whole system. The source of drinking water of millions of people living downstream has severely been affected.” 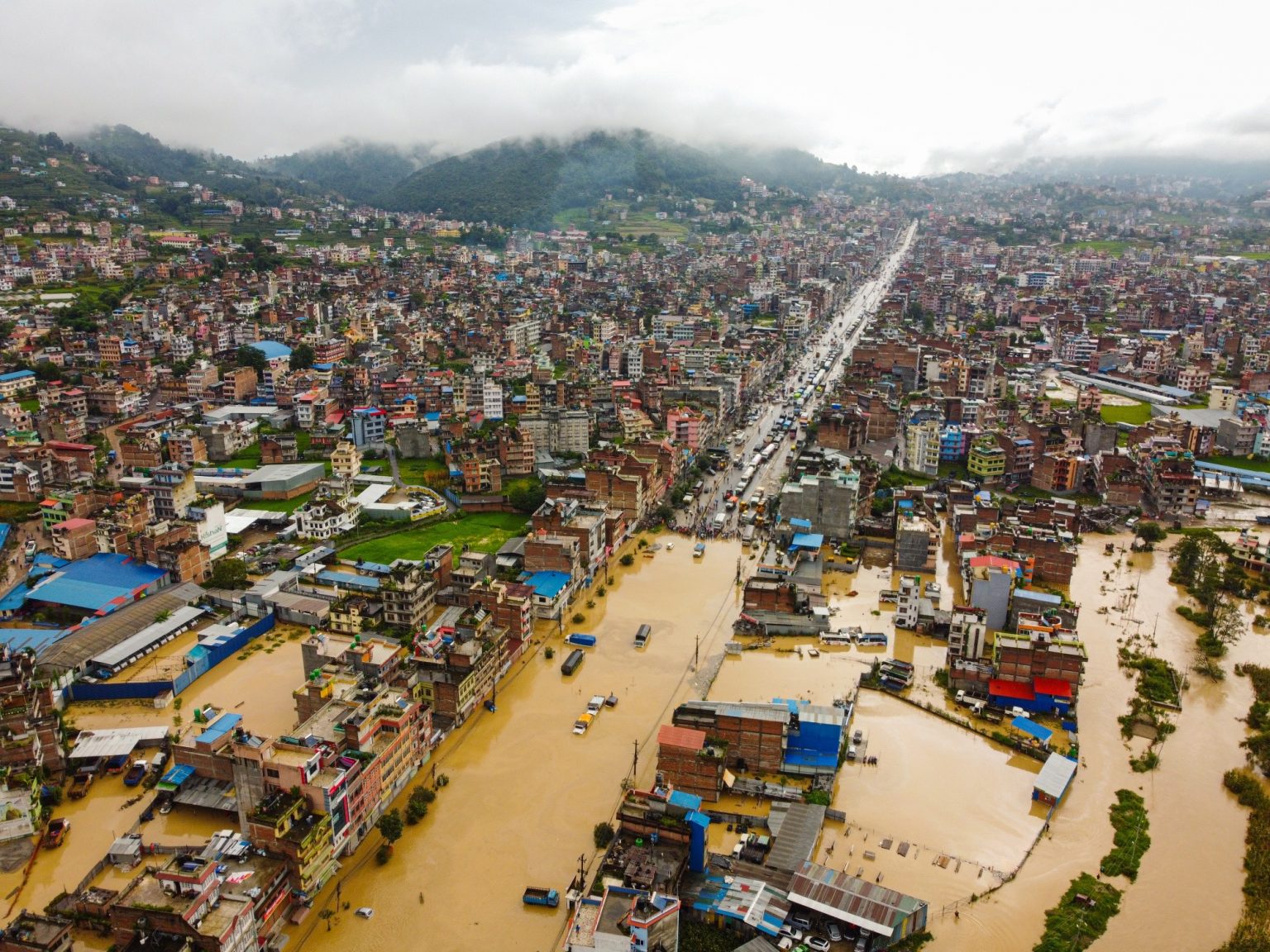 “This is not a good sign to witness heavy rainfall in mountain regions,” climate change expert Ajay Dixit said, adding,”We are experiencing different kinds of activities than expected in recent days. This is a wake up call for all the concerned authorities in Nepal.”

According to a study carried out by the Ministry of Culture, Tourism and Civil Aviation and Practical Action, climate change has been causing a loss of up to Rs 25 billion (USD 241 million) to the tourism sector annually.

Not only undeveloped countries like Nepal, floods in Germany and Belgium among other European countries, inundation in China, America and Australia and incidents of wild fire and changing monsoon patterns should be taken as the alarm bell.