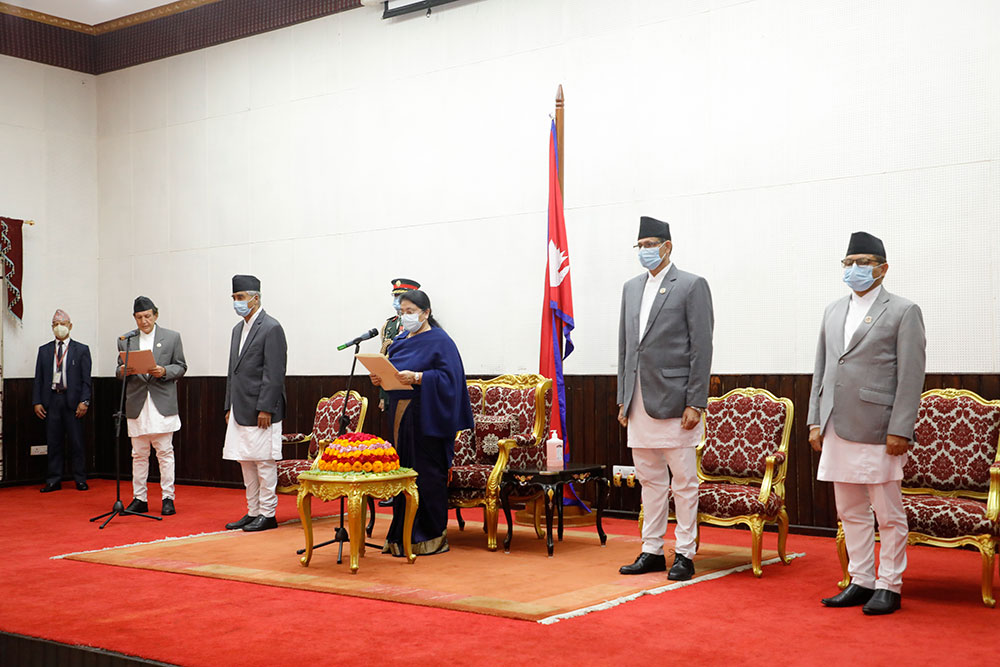 KATHMANDU: A writ petition has been filed at the Supreme Court against the swearing-in of Minister for Foreign Affairs Narayan Khadka.

Advocate Bishal Neupane filed the writ petition demanding nullification of Khadka’s swearing-in saying that the ceremony was organised without any arrangement.

The hearing of the case has been scheduled for Wednesday.

In the writ, Neupane said that the swearing-in  was was unconstitutional because there is no law on oath-taking.

He sought an interim order from the apex court to not allow Khadka to work as the Minister for Foreign Affairs until he takes the oath of office and secrecy by formulating a law.

President Bidya Devi Bhandari on August 22 administered the oath of office and secrecy on the recommendation of Prime Minister Sher Bahadur Deuba.