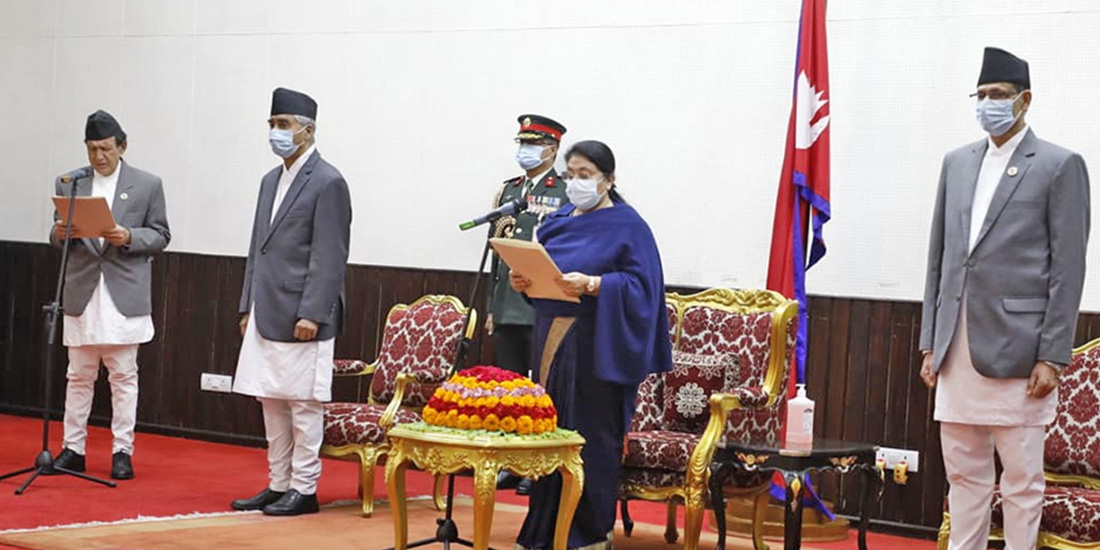 President Bidya Devi Bhandari on Wednesday appointed Khadka as the Foreign Minister as per Article 76 (9) of the Constitution on the recommendation of Prime Minister Sher Bahadur Deuba.

He took the oath of office and secrecy amid a function at Sheetal Niwas at around 1 pm today.

Nepali Congress President Deuba himself had been leading 17 ministries including Foreign Ministry since he was appointed as the Prime Minister of the country around two months ago.

Khadka, who had been dealing with the issues of foreign affairs in the Nepali Congress, emerged victorious in the election to the House of Representatives from Udayapur Constituency No. 1.

Meanwhile, he is scheduled to leave for New York to take part in the 76th session of the United National General Assembly this evening.