KATHMANDU: Former skipper of Pakistan national cricket team Shahid Afridi has arrived in Nepal on Thursday to play in the Everest Premier League.

An all-rounder, Afridi will play for Kathmandu Kings XI, one of the six teams of the franchise-based Twenty20 tournament, in the fourth edition of the Everest Premier League (EPL), set to take place at the TU stadium from Saturday.

Though the tournament was supposed to be held in 2019, the concerned authority put off the tournament after the Nepal government imposed the lockdown with the increase in the Covid-19 cases.

He landed at the Tribhuvan International Airport (TIA) on a Qatar Airways flight this afternoon.

EPL Managing Director Amir Akhtar along with Pakistani embassy officials welcomed him at the airport.

Known for his swashbuckling batting and tricky leg-spin, Afridi will return home after playing only two matches in the league.

Talking to media persons upon his arrival at the airport, Afridi said, “I will return to Pakistan after playing two games.”

Kathmandu Kings XI will lock their horns against Lalitpur Patriots in the inaugural match.

Similarly, along with Afridi, Janak Prakash, Ryal Brull, and Rahmaullah Gurbaj are the foreign players playing for Kathmandu Kings XI.

The flamboyant allrounder has played 27 Tests, 398 One-day Internationals and 99 Twenty20 matches.
Afridi announced retirement from the international cricket in February 2017.

Afridi, who made his debut for Pakistan in 1996 held the record of fastest ODI century in 37 deliveries for 17 years. 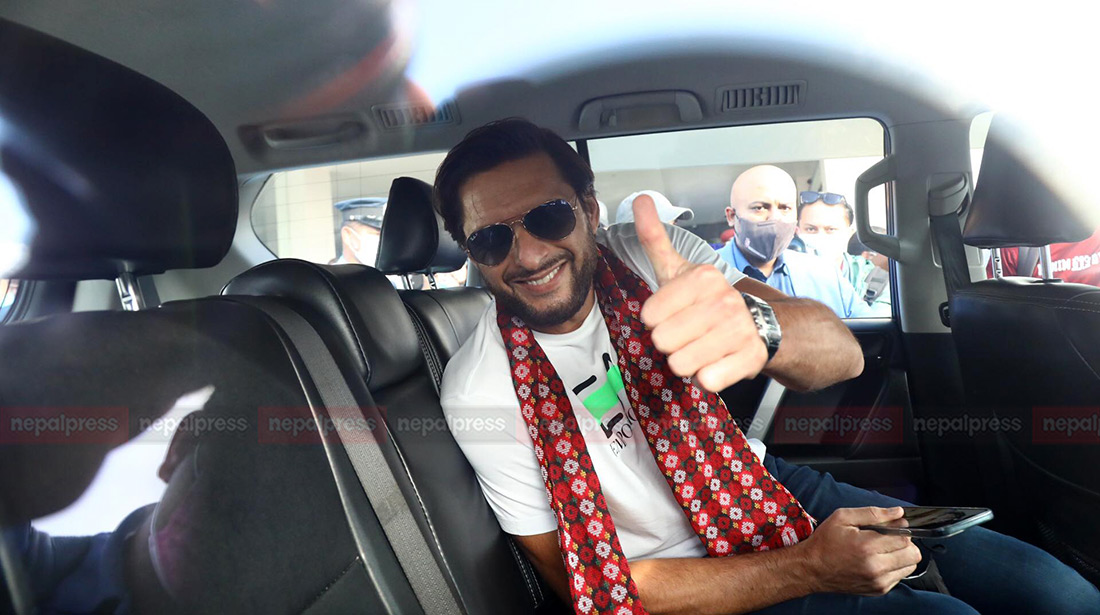 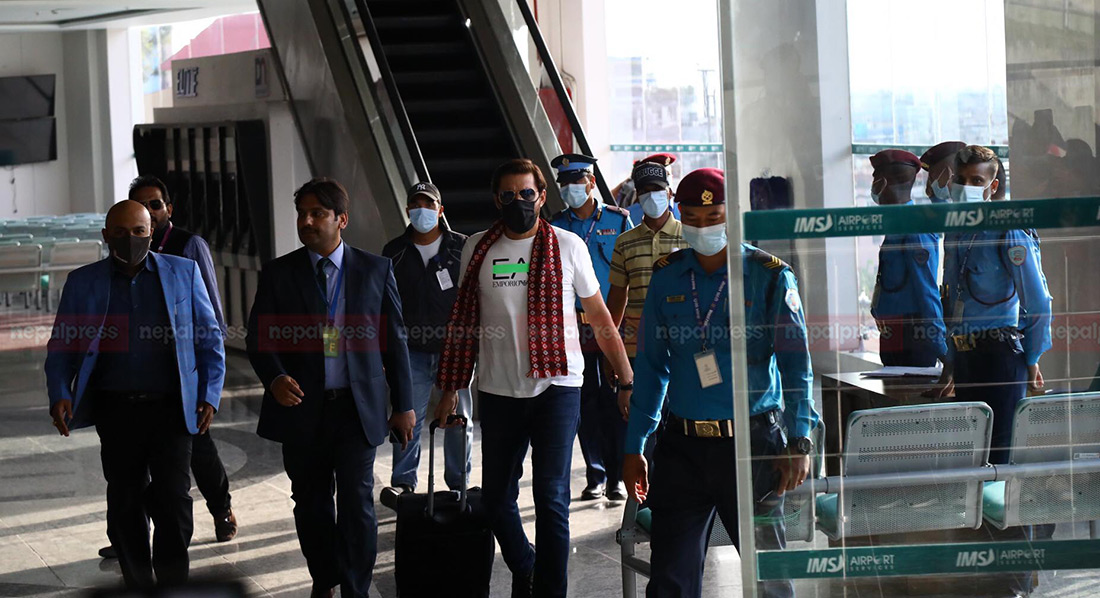 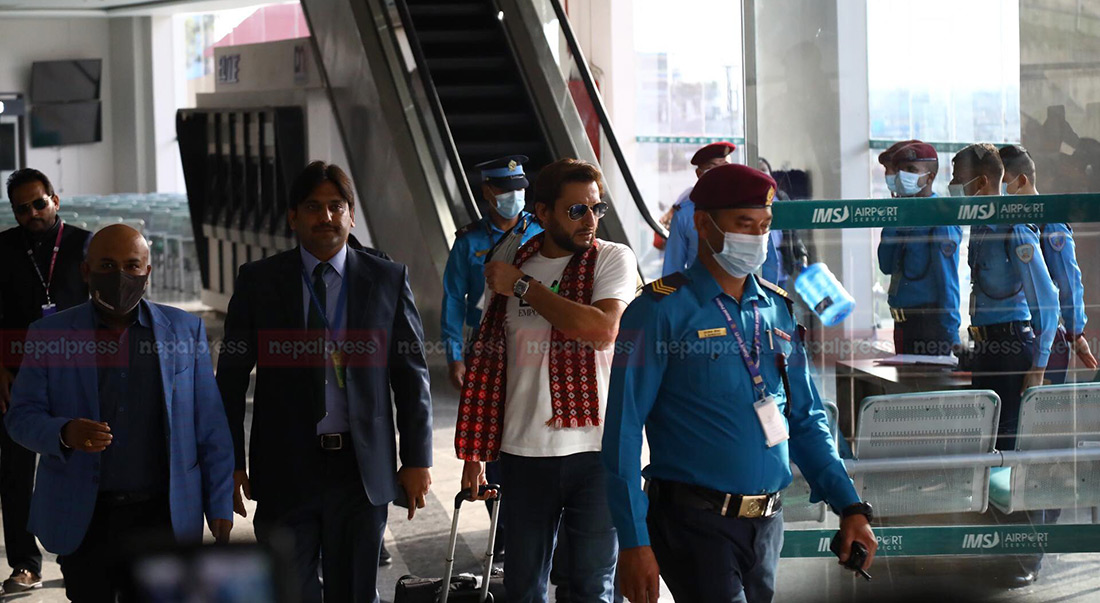 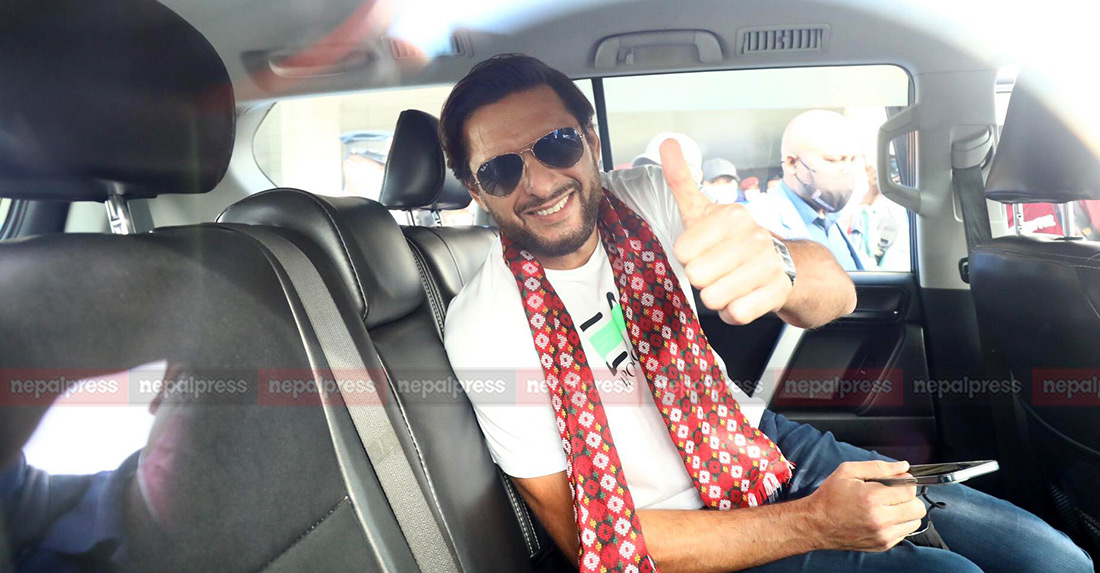 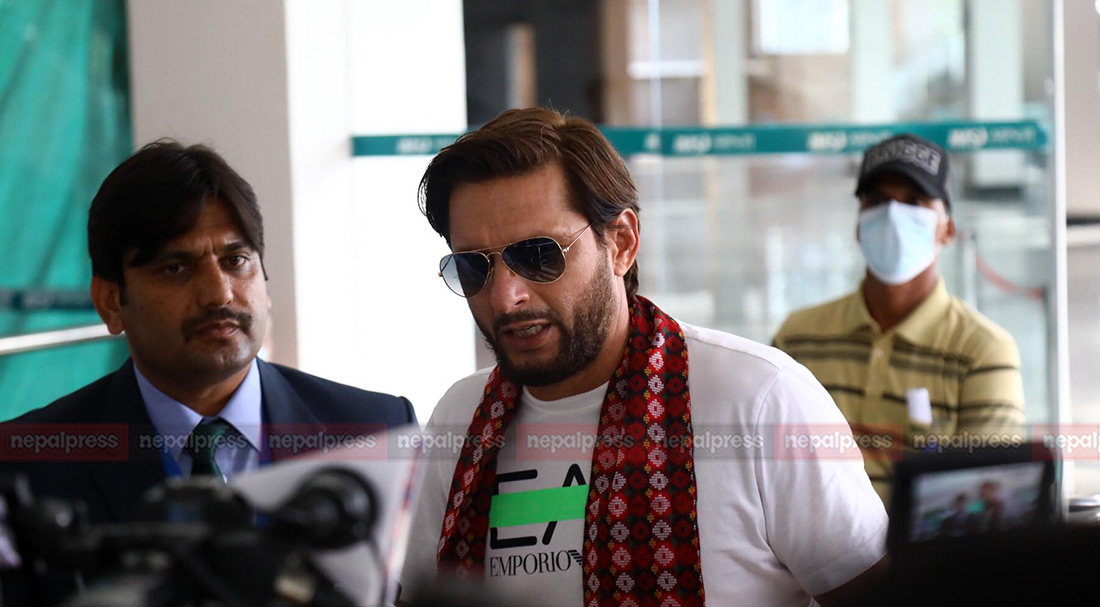 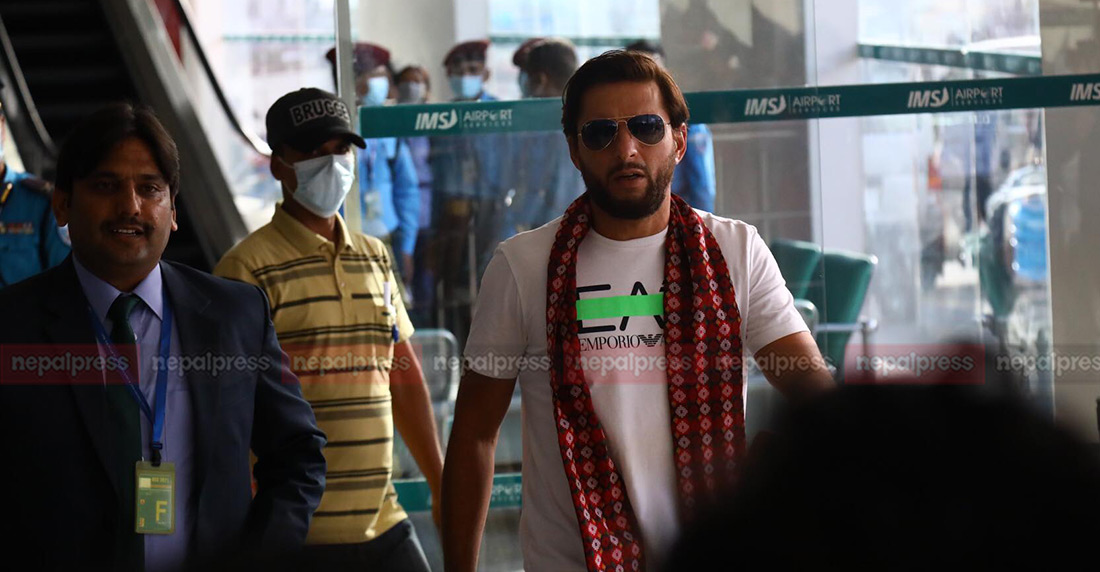