Government decides not to seek income source of large investors 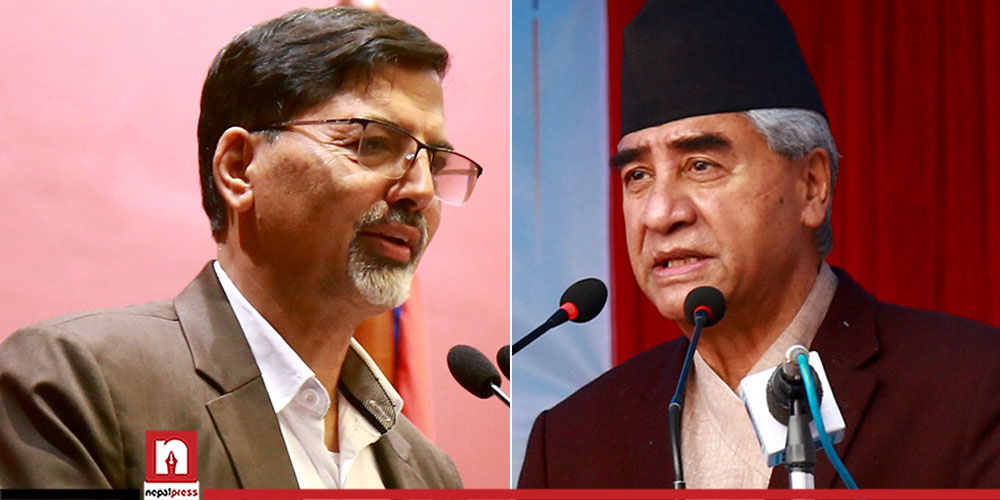 KATHMANDU: In what can be called the direct violation of anti-money laundering laws, the government is planning to bring a provision which will not seek the income source of large investors.

Finance Minister Janardan Sharma has taken a head the process to amend the Income Tax Act 2058 in a way that the government will not seek the income source of the large investors who have invested in more than 10 sectors including industry till 2023.

Presenting the revised budget for the budget ordinance introduced by the erstwhile KP Sharma Oli-led government for the fiscal year 2021/22 at the Parliament on September 10, 2021, Finance Minister Janardan Sharma said that the source of investment will not be sought in 10 sectors including hydropower, infrastructure, tourism and industry.

Officials at the Ministry said that this provision will help some powerful people to turn their black money into white.

They said that the provision will directly violate the anti-money laundering laws and send a negative message to the international community.

Some industrialists and businessmen have been lobbying for this kind of provision since the tenure of former Finance Minister Bishnu Paudel.

Minister Paudel, however, turned down their proposal saying that it would be against the law, a source at the Ministry said.

Now, they have been able to fulfill their vested interests through incumbent Finance Minister Sharma.

The source said that the Finance Minister decided to bring this kind of provision at the behest of a limited number of businessmen by violating the anti-money laundering laws.

It has been learnt that even the high-level officials of the government are dissatisfied with the provision brought by the Finance Minister.

According to a source, Chief Secretary Shankardas Bairagi and some secretaries had drawn the attention of Prime Minister Sher Bahadur Deuba on this matter.

Prime Minister Deuba, however, told them that he has no knowledge about the issue.

“The Finance Minister had taken such a serious decision without informing Prime Minister Deuba,” the source said, adding,”The Prime Minister himself was shocked when he was informed about the issue.”

Officials have warned the Prime Minister that the international bodies, which have been monitoring money laundering cases in Nepal, could blacklist Nepal owing to the same provision.

According to the Income Tax Act of the replacement bill, National pride hydropower projects, international airport, roads and railway among others will be benefited from the provision.

It has been mentioned in the page 178 of the Finance Act that the concerned authority will not seek the investment source of cement factories, steel factories, factories related to agriculture, tourism and factories providing jobs to more than 300 people till 2023.

During the tenure of former Finance Minister Yuvaraj Khatiwada, there was a provision that the hydropower projects and big projects among others should not have to show the source of investment in the budget presented for the fiscal year 2018/19.

Bowing to the pressure from all quarters of life, Khatiwada was compelled to remove such provision from the budget.

Meanwhile, the Financial Action Task Force (FATF), an international body which deals with money laundering cases, and Asia Pacific Group (APF) have said that they can launch an anti-money laundering assessment anytime from this year.

Various ministers of the government (Office of Prime Minister of Council of Ministers, Finance Ministry and Law Ministry among others) and Nepal Rastra Bank have started providing their details to these bodies.

During the tenure of former Finance Minister Khatiwada, the international bodies which deals with money laundering cases decided to postpone the assessment at the request of the Nepal government.

An official at the Office of Prime Minister and Council of Minister said that this provision could tarnish the image of Nepal.

“The assessment has been carried out every five to seven years with the mutual agreement of Nepal and APG,” he said, adding,”If a country fails to pass the assessment, the neighbouring countries will not allow that nation to open the letter of credit. International trade and foreign investment will also be affected.”

Experts warned that this provision could put Nepal in isolation and could even affect the visa process.

Economist Dr Dilli Raj Khanal said that the provision brought directly by violating the anti-money laundering laws will be harmful for the country.

Similarly, former executive director of Nepal Rastra Bank Nar Bahadur Thapa said that the government might have brought this provision to give a discount for one time as Nepal does not have a provision to keep record of property yet.

Nepal was on the negative list of APG and FATF in 2014. After being included in the list, Nepal amended various laws as per the suggestion of these bodies.

The Money Laundering Prevention Act 2009 did not allow people to invest money in terrorist activities among others.

According to Anti-Money Laundering Act 2016, a committee comprising around one dozen officials was formed under the headship of deputy governor Bam Bahadur Mishra.

After the provision dragged into controversy, the Finance Ministry on Monday issued a statement with clarification.